Rohingyas to Be Repatriated Despite UN Genocide Warning

Bangladesh and Myanmar to start returning refugees days after warning of continuing genocide against Muslims. 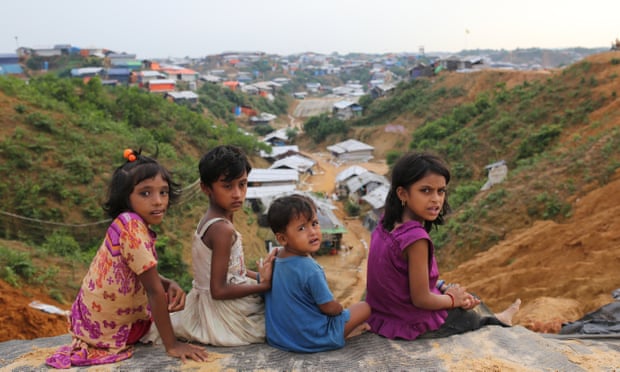 30 Oct 2018 – Myanmar and Bangladesh have agreed to start the repatriation of Rohingya refugees next month, less than a week after UN investigators warned that a genocide against the Muslim minority was continuing.

More than 720,000 of Myanmar’s stateless Rohingya people fled a military crackdown in August last year, taking shelter in crowded camps in Bangladesh and bringing with them harrowing tales of rape, murder and arson.

At a meeting of the Bangladeshi foreign secretary, Shahidul Haque, and his Burmese counterpart, Myint Thu, on Tuesday, the two countries drew up a “very concrete plan” to start repatriations.

“We have shown our political will, flexibility and accommodation in order to commence the repatriation at the earliest possible date,” Myint Thu told reporters. Authorities in Buddhist-majority Myanmar say more than 100 displaced Rohingyas have returned in recent months, but Bangladesh says the official process has not begun.

Myint Thu’s comments were echoed by Haque, who said: “We are looking forward to starting the repatriation by mid-November.”

Rohingya families who fled Myanmar have been living in cramped, makeshift refugee camps in Bangladesh’s Cox’s Bazar district. Bangladesh initially proved very welcoming to those fleeing the violence, but the burden of looking after the refugees has become politically contentious in the impoverished country.

This is not the first time a date has been set for repatriation. A previous attempt, in November 2017, hit insurmountable obstacles. A year on, Rohingya living in the camps have the same fundamental questions about their safety if they return.

Somsu Alom fled his village in northern Maungdaw in September last year after soldiers and Rakhine Buddhists set it alight, and now lives at Thaingkhali refugee camp in Cox’s Bazar with his wife and six children. He said his family was desperate to go home but “the situation in Rakhine is still unsafe” for Rohingyas.

“In smaller groups, Rohingyas are still fleeing to Bangladesh. We cannot understand how they have announced that repatriation of the Rohingya refugees will begin in November. It’s very disappointing for us.”

He described how those who had fled from Rahkine in recent weeks had recounted ongoing violence and a hostile environment for the Rohingya community still there.

“The Rohingya still are not allowed to move around in Rakhine freely. Occasionally, Rohingya are still being targeted in violence and the hardship and threats are still forcing the remaining Rohingya to flee. We cannot return home in the current situation,” Alom said.

There are also questions about the logistics of repatriation. Many Rohingya homes and villages were razed in the crackdown, so it is likely they would be relocated to new residences built by the government in Rahkine. It is unclear, however, whether they would have free movement or whether the homes would simply be “open air prisons”, as some human rights groups have suggested. 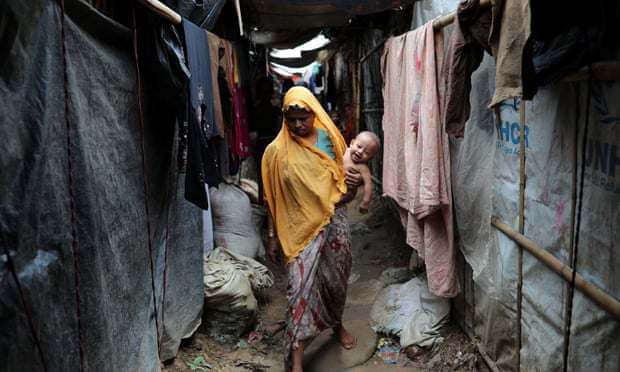 Bangladesh reportedly handed Myanmar a list of 8,000 Rohingya refugees whom it had processed and were ready for repatriation earlier this year. Abul Faisal, 42, who fled his home in Maungdaw town in September last year, said there was confusion about who had even been cleared for return.

“The authorities in Bangladesh collected names and other details of the Rohingya refugees living in Cox’s Bazar, but we were never told why,” he said. “Most importantly, I have not heard of any Rohingya refugee who was asked if he or she wanted to return home to Myanmar. So we do not know how the local authorities got those names of Rohingya for repatriation.”

He emphasised that Rohingya demands for safety and citizenship had not been met by Myanmar authorities and described Rahkine as dangerous for the Muslim community. “The saddest fact is that neither Myanmar nor Bangladesh involved the Rohingya community in the negotiations for the repatriation.”

Marzuki Darusman, chair of the UN fact-finding mission on Myanmar, said last week that thousands of Rohingyas were still fleeing to Bangladesh had faced discrimination, and those who remain“continue to suffer the most severe” restrictions and repression.

“It is an ongoing genocide that is taking place at the moment,” Darusman said.

Myanmar signed a memorandum of understanding with the UN in June, which stipulated that certain conditions need to be met for repatriations to take place, including guaranteed security and a pathway to citizenship.

The Rohingya community has lived in Myanmar for generations, but a 1982 law stripped it membersof their citizenship and made most of them stateless. No clear process for reinstating their citizenship has been demonstrated.

There is also still widespread discrimination against the Rohingya by Buddhist citizens in Myanmar, and they are widely referred to as “Bengalis” by the government, inferring they are interlopers. A recent Guardian visit to Rahkine state showed that Buddhist community leaders and citizens still refer to the Rohingya as terrorists and made it clear that “no one wants them to come back”.

Myint Thu insisted the Myanmar government was working to eliminate such discrimination ahead of repatriation. “We have trained the police, different law and enforcement agencies in workshops, educating them against discrimination. Also, we have been raising awareness against such discriminations,” he said.

Andrej Mahecic, a spokesman for the UN refugee agency, recently said the organisation did not believe “that conditions are currently in place in Myanmar for voluntary, safe, dignified, and sustainable return of Rohingya refugees”.