24 Oct 2018 – On Monday [22 Oct] evening, journalist and author Steve Silberman tweeted a video interview clip of three white, middle-aged Trump supporters waiting to hear the president speak at a rally in Houston. When asked what they were looking forward to hearing the president address, one woman mentioned the so-called “migrant caravan” as a point of concern.

“That’s an invasion of our country,” she said of the travelers, and she was eager to see what the president had to say about it. “But,” she added, “I love everything that comes out of his mouth.”

“It doesn’t really matter what he says,” chimed another woman, this one clad in a red MAGA cap and sweatshirt. “We’ll support it.” She then explained, beaming, that she’s a “Trumpette” who will support anything the president says or does. 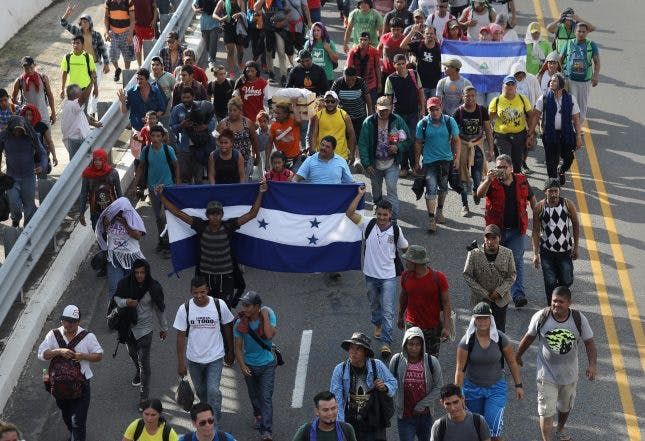 Silberman expressed requisite horror at the interviewees’ flagrantly uncritical support of President Trump, whose fandom seemed to him more cult-like than political. But partisan politics are often cult-like in nature, and where it comes to the years-long plight of Central American asylum seekers, a population’s unchecked support of presidential decision-making is loyal to no party.

And, to be clear, the roughly 5,000 men, women, and children making the northward trek, by foot, from the Central American isthmus upward through Mexico and into the US are asylum seekers, not “migrants.” The difference is meaningful, and there are grave human rights implications in the repeated misuse of language to describe their predicament.

For the sake of everyone following along at home, a quick vocab refresher. Migrants are temporary, itinerant travelers who move between countries for (usually) work. The term “migrant workers” is actually kind of redundant; when correctly using “migrant” to describe a person regularly crossing back and forth over borders, it’s implicit that they’re a “worker.”

Over the past decade, it’s become a point of accepted political conversation that a majority of Central Americans entering the United States are “migrants.” That word has been repeated in journalistic coverage over a course of years and across political administrations. It was eventually adopted by aid groups and NGOs as shorthand for the complex, decades-long political reality that formed these immigrants’ tragic circumstance — that is, the reason they’re fleeing en masse. But, well-meaning as intentions may have been, that terminology condenses their lived reality into a rhetorically misleading catchphrase that, by this point, has taken on a double entendre of xenophobic threat: “the Central American migrant crisis.” 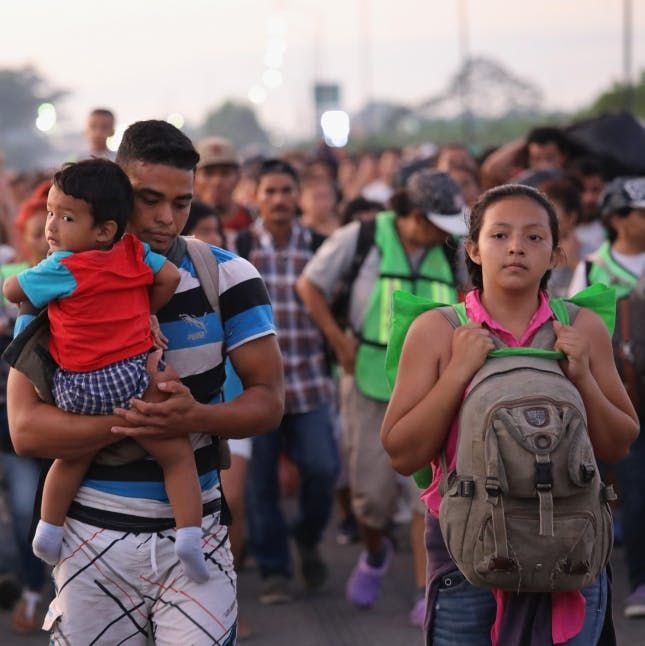 There is no migrant crisis.

There is, however, a refugee crisis. That crisis is the effect of at least a half-century (and, arguably, twice that) of calamitous US political intervention in Central America, and not — as President Trump would have us believe — the inevitable byproduct of “bad hombres” who may as well be “animals.”

US-funded military coups, resource exploitation, and American policies of economic neoliberalism in El Salvador have destabilized the entire region, and effectively created a climate where paramilitary-aligned drug cartels can thrive.

Many Americans, including the president himself, conveniently forget that El Salvador was embroiled in a bloody, 12-year civil war from 1980 to 1992 that the US essentially funded. The Reagan administration poured money into the Salvadoran government’s right-wing military regime, training paramilitary and death squad units who were later found to have committed more than 85 percent of the murders, kidnappings, and tortures that marked the ugly, dozen-year ordeal. At the same time, similar wars were under way in Guatemala and Nicaragua, spurring a mass exodus of immigration from the region throughout the 1980s.

Flash forward to 1996, when President Bill Clinton signed the Illegal Immigration Reform and Immigrant Responsibility Act. The new law made a legal path to citizenship much more difficult for immigrants, and also facilitated deportations. 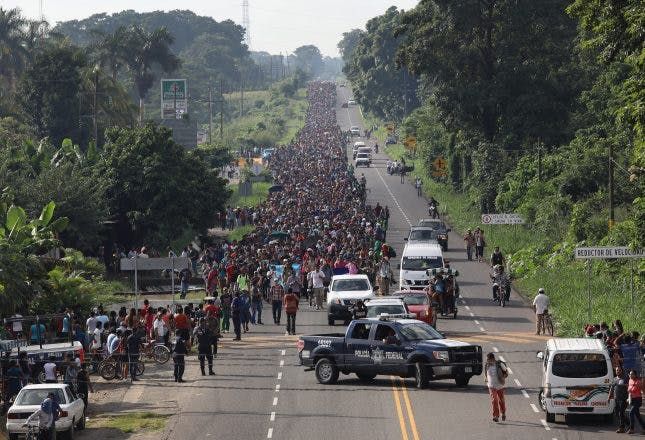 Clinton’s law coincided with the mass incarceration of Central American gang members and petty criminals in US cities like Los Angeles. These gangs reconvened when their members were deported to their politically and economically destabilized, and militarized, Central American homelands; it was there that they were able to amass influence and establish a reign of terror, armed with American assault weapons.

MS-13, the most infamous gang in the world, is the direct byproduct of United States policy.

“This is a problem that’s American made through and through, so to treat it as though it’s some external threat being foisted on America obscures the fact that it’s our foreign policies, our military intervention, and our long history that created MS-13 in the first place,” Daniel Denvir, writer-in-residence at Harvard Law School’s Fair Punishment Project, told Democracy Now in January.

At this point, membership in MS-13 is estimated up to 50,000 members worldwide. Recent history has shown us that mass detention and deportation only accelerates the gang’s growth. If Trump — or really any American political administration, ever — wanted to demonstrate a serious commitment to staunching the violence of this terrifying, multinational gang, they’d begin by enacting a modicum of accountability for a chain of effects that the United States  nearly singlehandedly put into place. Allowing asylum seekers to make their claims to safety would be a notable start. In the meantime, let’s call them by their name.