Genocide: 70 Years On, Three Reasons That the UN Convention Is Still Failing 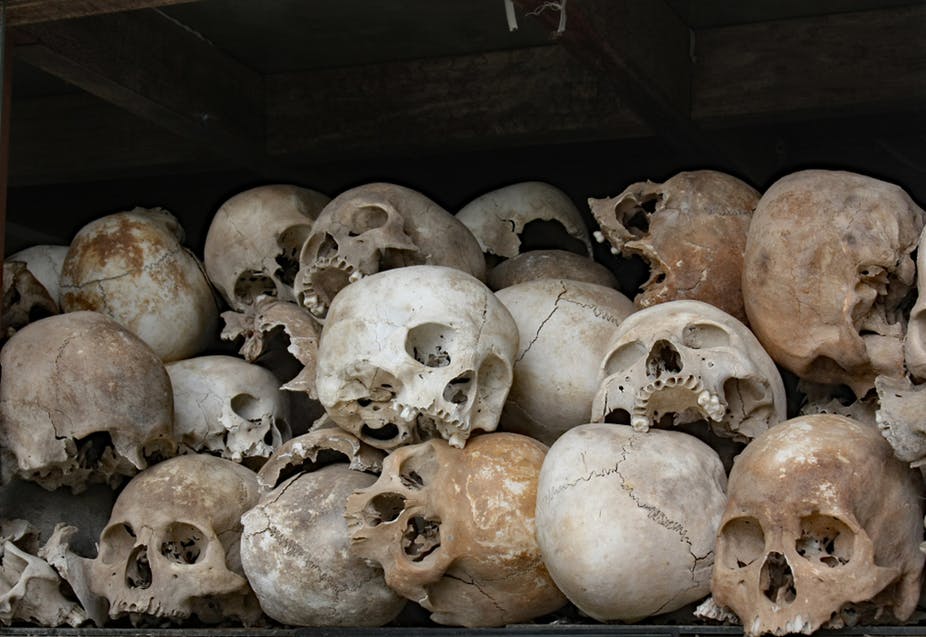 Skulls of those murdered by the Pol Pot regime in the Killing Fields of Cambodia in a shrine to the dead. Shutterstock

18 Dec 2018 – Seventy years after the UN Convention on the Prevention and Punishment of the Crime of Genocide came into force, its effectiveness is disputed.

Jewish laywer and Polish refugee, Raphael Lemkin, coined the word “genocide” in 1943 to describe the killing and destruction of peoples, deriving the word from the Greek “genos” (people, tribe or race) and the Latin “cide” (killing). Against the backdrop of the Holocaust, this had been, in the words of Winston Churchill, a “crime without a name” – at least officially. But on December 9, 1948, the international community formally adopted a definition of genocide within the 1948 convention – essentially enshrining the message of “never again” in international law.

But questions over whether the convention has achieved what it set out to do focus on three key failings. First, the very application of the term “genocide” is applied too slowly and cautiously when atrocities happen. Second, the international community fails to act effectively against genocides. Third, too few perpetrators are actually convicted of their crimes.

Consider how many genocides have occurred since the 1948 convention and its ratification in 1951. Now consider that only three have been legally recognised – and led to trials – under the convention: Rwanda in 1994, Bosnia (and the 1995 Srebrenica massacre), and Cambodia under the 1975-9 Pol Pot regime.

The widespread killing and displacement of Yazidi by IS and Rohingya in Myanmar are ongoing and recognised by the UN as a whole, but have yet to be officially recognised as genocides by some individual states. Similarly, 13 years after atrocities took place in the Sudanese region of Darfur, criminal investigations continue but no official charges of genocide have been made under the convention.

Perhaps more broadly applied than the legal definition is the academic one – something which changes subtly depending on who is defining it. Criminologist Nicole Rafter, for example, also specifically named the Indonesian genocide of 1965-66 and the Guatemalan genocide of 1981-83.

Political scientist Adam Jones, meanwhile, also names the genocides committed under Saddam Hussein against the Kurds in 1988-91 in Iraq, and by West Pakistan forces against Bangladeshis in 1971. He also highlights crimes committed during Stalin’s “Great Terror” and by China in Tibet.

And the list of “genocides” that might fall under the UN definition is frighteningly long. The International Criminal Court is investigating several states in which human rights violations and war crimes “may” have occurred.

Myanmar already is under criminal investigation over its treatment of its Muslim Rohingya minority, and the genocide against the Yazidi has been defined by the UN as such. Other “genocides”, such as that involving Australia’s “stolen generations”, are academically debated but have never formally or legally been recognised as such. Indeed, many states may not acknowledge a genocide when others do. The US, for example, famously never officially recognised the 1915 Armenian genocide as one.

In her 2018 Nobel lecture, Nobel Peace Prize winner Nadia Murad, a survivor of the most recent (Yazidi) genocide, referred to several other instances when the Yazidi people have been victims of the same crime, but these atrocities have never officially been recognised.

There is, it seems, an ongoing distinction between “genocide” and genocide.

Prevention is a critical part of the convention and parties can call upon the UN to intervene when they have evidence of a genocide. The actual application of this, however, has been woeful.

Former UN secretary general, Ban Ki-moon, acknowledged, for example, that UN troops were pulled out of Rwanda “when they were most needed” and further acknowledged that the innocent at Srebrenica were “abandoned to slaughter” in 1995.

Atrocities committed by government troops against Tamils in Sri Lanka between 1983 and 2009 were never officially recognised as a genocide, but UN troops stationed there also stood by impotently as thousands were massacred, and the world watched in apparent indifference. 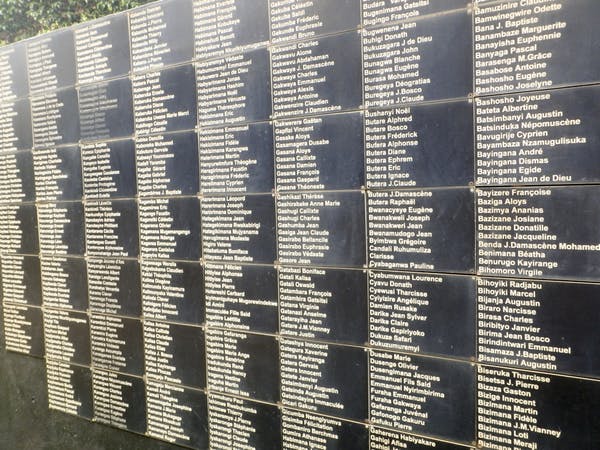 Names of victims inscribed on the National Memorial to the victims of genocide in Kigali, Rwanda. Shutterstock

On December 15, 2018, The US House of Representatives formally labelled the crimes against the Rohingya in Myanmar as a genocide but still there is inaction to support those displaced in Bangladesh and help them to rebuild their lives. Meanwhile, Myanmar remains unsafe for them. The status of Yazidi refugees is also still in a state of flux and many are fearful of returning to their homes.

Some criminal investigations are underway while the genocides continue. And when the physical evidence of killings is uncovered, evidence of the criminal intent for genocide must also be gathered, and the ringleaders identified and caught.

The true number of perpetrators in Rwanda, the former Yugoslavia and Cambodia is unknown, but still only a handful have been convicted. So far, 93 Rwandans and 161 former Yugoslavian perpetrators have been indicted. But there have been only two UN-backed prosecutions of Cambodian perpetrators of genocide. Indeed, Nuon Chea and Khieu Samphan were already serving life sentences for their crimes against humanity in Cambodia when they were convicted, while countless others live freely in the country, untouched by international law. Surely more must be done.

In thanking the Nobel committee for her peace prize, Murad stated that “the only prize in the world that may restore our dignity, is justice and the prosecution of criminals”. With so few convictions to date, the international community has much catching up to do if Murad’s wish for a more peaceful future is to be realised.

Seventy years after the UN Convention, genocide remains ever present in our global society. For Nobel laureate and Holocaust survivor, Elie Wiesel, “never again” was “a prayer, a promise, a vow”. Unfortunately, this vow is all too often broken.

One Response to “Genocide: 70 Years On, Three Reasons That the UN Convention Is Still Failing”