How Britain Stole $45 Trillion from India – And Lied about It 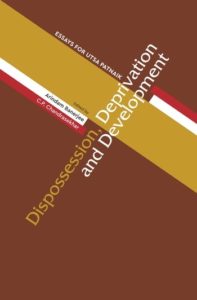 14 Dec 2018 – There is a story that is commonly told in Britain that the colonisation of India – as horrible as it may have been – was not of any major economic benefit to Britain itself. If anything, the administration of India was a cost to Britain. So the fact that the empire was sustained for so long – the story goes – was a gesture of Britain’s benevolence.

New research by the renowned economist Utsa Patnaik – just published by Columbia University Press – deals a crushing blow to this narrative. Drawing on nearly two centuries of detailed data on tax and trade, Patnaik calculated that Britain drained a total of nearly $45 trillion from India during the period 1765 to 1938.

It’s a staggering sum. For perspective, $45 trillion is 17 times more than the total annual gross domestic product of the United Kingdom today.

How did this come about?

It happened through the trade system. Prior to the colonial period, Britain bought goods like textiles and rice from Indian producers and paid for them in the normal way – mostly with silver – as they did with any other country. But something changed in 1765, shortly after the East India Company took control of the subcontinent and established a monopoly over Indian trade.

Here’s how it worked. The East India Company began collecting taxes in India, and then cleverly used a portion of those revenues (about a third) to fund the purchase of Indian goods for British use. In other words, instead of paying for Indian goods out of their own pocket, British traders acquired them for free, “buying” from peasants and weavers using money that had just been taken from them.

It was a scam – theft on a grand scale. Yet most Indians were unaware of what was going on because the agent who collected the taxes was not the same as the one who showed up to buy their goods. Had it been the same person, they surely would have smelled a rat.

Some of the stolen goods were consumed in Britain, and the rest were re-exported elsewhere. The re-export system allowed Britain to finance a flow of imports from Europe, including strategic materials like iron, tar and timber, which were essential to Britain’s industrialisation. Indeed, the Industrial Revolution depended in large part on this systematic theft from India.

On top of this, the British were able to sell the stolen goods to other countries for much more than they “bought” them for in the first place, pocketing not only 100 percent of the original value of the goods but also the markup.

After the British Raj took over in 1847, colonisers added a special new twist to the tax-and-buy system. As the East India Company’s monopoly broke down, Indian producers were allowed to export their goods directly to other countries. But Britain made sure that the payments for those goods nonetheless ended up in London.

How did this work? Basically, anyone who wanted to buy goods from India would do so using special Council Bills – a unique paper currency issued only by the British Crown. And the only way to get those bills was to buy them from London with gold or silver. So traders would pay London in gold to get the bills, and then use the bills to pay Indian producers. When Indians cashed the bills in at the local colonial office, they were “paid” in rupees out of tax revenues – money that had just been collected from them. So, once again, they were not in fact paid at all; they were defrauded.

Meanwhile, London ended up with all of the gold and silver that should have gone directly to the Indians in exchange for their exports. 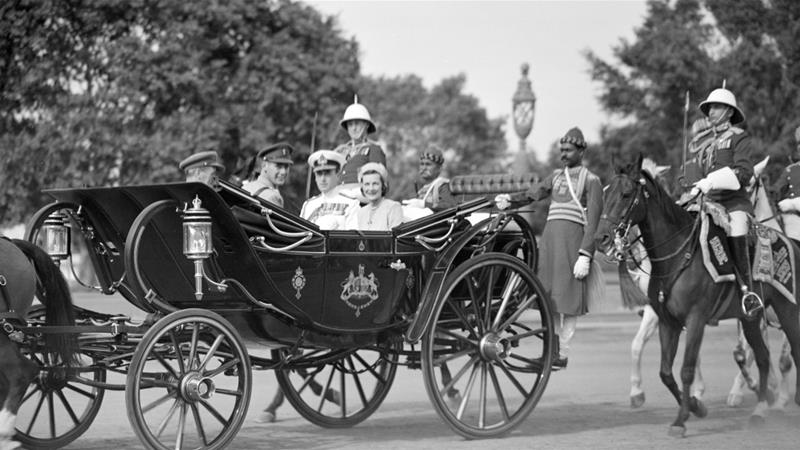 Lord Louis Mountbatten, the last Viceroy of India, and his wife, Lady Edwina Mountbatten, ride in the state carriage towards the Viceregal lodge in New Delhi, on March 22, 1947. [File: AP]

This corrupt system meant that even while India was running an impressive trade surplus with the rest of the world – a surplus that lasted for three decades in the early 20th century – it showed up as a deficit in the national accounts because the real income from India’s exports was appropriated in its entirety by Britain.

Some point to this fictional “deficit” as evidence that India was a liability to Britain. But exactly the opposite is true. Britain intercepted enormous quantities of income that rightly belonged to Indian producers. India was the goose that laid the golden egg. Meanwhile, the “deficit” meant that India had no option but to borrow from Britain to finance its imports. So the entire Indian population was forced into completely unnecessary debt to their colonial overlords, further cementing British control.

Britain used the windfall from this fraudulent system to fuel the engines of imperial violence – funding the invasion of China in the 1840s and the suppression of the Indian Rebellion in 1857. And this was on top of what the Crown took directly from Indian taxpayers to pay for its wars. As Patnaik points out, “the cost of all Britain’s wars of conquest outside Indian borders were charged always wholly or mainly to Indian revenues.”

Patnaik identifies four distinct economic periods in colonial India from 1765 to 1938, calculates the extraction for each, and then compounds at a modest rate of interest (about 5 percent, which is lower than the market rate) from the middle of each period to the present. Adding it all up, she finds that the total drain amounts to $44.6 trillion. This figure is conservative, she says, and does not include the debts that Britain imposed on India during the Raj.

These are eye-watering sums. But the true costs of this drain cannot be calculated. If India had been able to invest its own tax revenues and foreign exchange earnings in development – as Japan did – there’s no telling how history might have turned out differently. India could very well have become an economic powerhouse. Centuries of poverty and suffering could have been prevented.

All of this is a sobering antidote to the rosy narrative promoted by certain powerful voices in Britain. The conservative historian Niall Ferguson has claimed that British rule helped “develop” India. While he was prime minister, David Cameron asserted that British rule was a net help to India.

This narrative has found considerable traction in the popular imagination: according to a 2014 YouGov poll, 50 percent of people in Britain believe that colonialism was beneficial to the colonies.

Yet during the entire 200-year history of British rule in India, there was almost no increase in per capita income. In fact, during the last half of the 19th century – the heyday of British intervention – income in India collapsed by half. The average life expectancy of Indians dropped by a fifth from 1870 to 1920. Tens of millions died needlessly of policy-induced famine.

What does this require of Britain today? An apology? Absolutely. Reparations? Perhaps – although there is not enough money in all of Britain to cover the sums that Patnaik identifies. In the meantime, we can start by setting the story straight. We need to recognise that Britain retained control of India not out of benevolence but for the sake of plunder and that Britain’s industrial rise didn’t emerge sui generis from the steam engine and strong institutions, as our schoolbooks would have it, but depended on violent theft from other lands and other peoples.

Dr Jason Hickel is an academic at the University of London and a Fellow of the Royal Society of Arts.