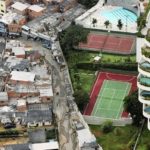 3 Mar 2019 – Most everyone who’s interested in global inequality has come across the famous elephant graph, originally developed by Branko Milanovic and Christoph Lakner using World Bank data (see below). The graph charts the change in income that the world’s population have experienced over time, from the very poorest to the richest 1%. 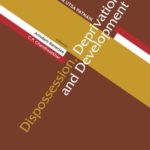 14 Dec 2018 – There is a story in Britain that the colonisation of India was not of economic benefit to Britain itself. As the story goes, it was a gesture of Britain’s benevolence. But new research by economist Utsa Patnaik just published by Columbia University Press calculated that Britain drained nearly $45 trillion from colonized India. It happened through the trade system. 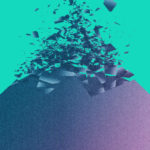 Don’t Be Scared about the End of Capitalism—Be Excited to Build What Comes Next
Jason Hickel and Martin Kirk – Fast Company Magazine, 14 May 2018

Instead of fixating on a fight between capitalism and socialism, imagine innovating a future economy that transcends old binaries. We can let the ghosts go. We can allow ourselves the freedom to do what humans do best: innovate.

New research shows that developing countries send trillions of dollars more to the west than the other way around. Why?

The sustainable development goals will aim to eradicate poverty by 2030 but our current economic model, built on GDP, could never be inclusive or sustainable.

Debate around reparations is threatening because it upends the usual narrative of development. The impact of colonialism cannot be ignored. Europe didn’t develop the colonies. The colonies developed Europe.

The development industry needs an overhaul of strategy, not a change of language. Poverty is created by rules that rig the economy in the interests of the rich.

A yearly World Bank report encourages countries to undertake extreme deregulation. In 2003 the World Bank published the first Doing Business Report, which ranks the world’s countries based on the “ease of doing business” in them. Investors and CEOs use the rankings to decide where to move their money or headquarter their businesses for maximum profit.

The richest 300 people on earth have more wealth than the poorest 3bn – almost half the world’s population. We chose those numbers because it makes for a clear and memorable comparison, but in truth the situation is even worse: the richest 200 people have about $2.7 trillion, which is more than the poorest 3.5bn people, who have only $2.2 trillion combined. It is very difficult to wrap one’s mind around such extreme figures.

Battling AIDS means challenging the power of rich nations over the world’s resources. If you’re like me, you’re probably tired of the whole show at this point. After all, it’s 2012; we were supposed to have this epidemic licked by now. Why, despite billions of dollars’ worth of interventions and three decades of high-profile messaging, does AIDS remain such a pressing problem?

The US, the AU and the New Scramble for Africa
Jason Hickel – Pambazuka News, 8 Nov 2010

The past few years have seen a dramatic up-tick in American diplomatic efforts in Africa, which has coincided with a decisive shift in political rhetoric about the continent. At first glance this might seem like a positive development, reflecting a more progressive attitude toward what has long been considered an unimportant global backwater. But a closer look reveals that American diplomacy in Africa is less about serving the good of African people than it is about securing the interests of private American capital. Nowhere has this been more flagrantly clear than on the lips of Michael Battle, the US ambassador to the AU.