New research shows that developing countries send trillions of dollars more to the west than the other way around. Why? 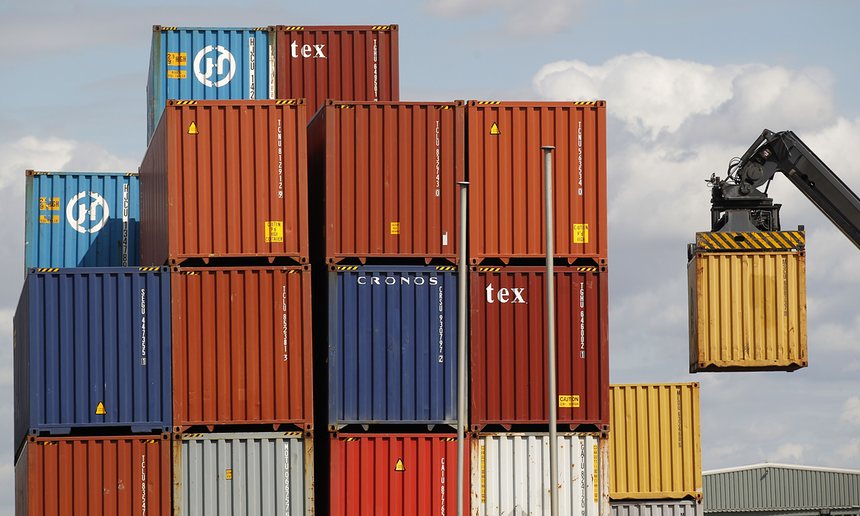 A report on global money flows has found that trade misinvoicing and tax havens mean the world’s givers are more like takers.
Photograph: C Villemain/AFP/Getty Images

14 Jan 2017 – We have long been told a compelling story about the relationship between rich countries and poor countries. The story holds that the rich nations of the OECD give generously of their wealth to the poorer nations of the global south, to help them eradicate poverty and push them up the development ladder. Yes, during colonialism western powers may have enriched themselves by extracting resources and slave labour from their colonies – but that’s all in the past. These days, they give more than $125bn (£102bn) in aid each year – solid evidence of their benevolent goodwill.

This story is so widely propagated by the aid industry and the governments of the rich world that we have come to take it for granted. But it may not be as simple as it appears.

The US-based Global Financial Integrity (GFI) and the Centre for Applied Research at the Norwegian School of Economics recently published some fascinating data. They tallied up all of the financial resources that get transferred between rich countries and poor countries each year: not just aid, foreign investment and trade flows (as previous studies have done) but also non-financial transfers such as debt cancellation, unrequited transfers like workers’ remittances, and unrecorded capital flight (more of this later). As far as I am aware, it is the most comprehensive assessment of resource transfers ever undertaken.

What they discovered is that the flow of money from rich countries to poor countries pales in comparison to the flow that runs in the other direction.

In 2012, the last year of recorded data, developing countries received a total of $1.3tn, including all aid, investment, and income from abroad. But that same year some $3.3tn flowed out of them. In other words, developing countries sent $2tn more to the rest of the world than they received. If we look at all years since 1980, these net outflows add up to an eye-popping total of $16.3tn – that’s how much money has been drained out of the global south over the past few decades. To get a sense for the scale of this, $16.3tn is roughly the GDP of the United States

What do these large outflows consist of? Well, some of it is payments on debt. Developing countries have forked out over $4.2tn in interest payments alone since 1980 – a direct cash transfer to big banks in New York and London, on a scale that dwarfs the aid that they received during the same period. Another big contributor is the income that foreigners make on their investments in developing countries and then repatriate back home. Think of all the profits that BP extracts from Nigeria’s oil reserves, for example, or that Anglo-American pulls out of South Africa’s gold mines.

But by far the biggest chunk of outflows has to do with unrecorded – and usually illicit – capital flight. GFI calculates that developing countries have lost a total of $13.4tn through unrecorded capital flight since 1980.

Most of these unrecorded outflows take place through the international trade system. Basically, corporations – foreign and domestic alike – report false prices on their trade invoices in order to spirit money out of developing countries directly into tax havens and secrecy jurisdictions, a practice known as “trade misinvoicing”. Usually the goal is to evade taxes, but sometimes this practice is used to launder money or circumvent capital controls. In 2012, developing countries lost $700bn through trade misinvoicing, which outstripped aid receipts that year by a factor of five.

Multinational companies also steal money from developing countries through “same-invoice faking”, shifting profits illegally between their own subsidiaries by mutually faking trade invoice prices on both sides. For example, a subsidiary in Nigeria might dodge local taxes by shifting money to a related subsidiary in the British Virgin Islands, where the tax rate is effectively zero and where stolen funds can’t be traced.

Who is to blame for this disaster? Since illegal capital flight is such a big chunk of the problem, that’s a good place to start. Companies that lie on their trade invoices are clearly at fault; but why is it so easy for them to get away with it? In the past, customs officials could hold up transactions that looked dodgy, making it nearly impossible for anyone to cheat. But the World Trade Organisation claimed that this made trade inefficient, and since 1994 customs officials have been required to accept invoiced prices at face value except in very suspicious circumstances, making it difficult for them to seize illicit outflows. 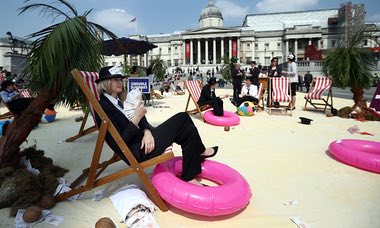 Still, illegal capital flight wouldn’t be possible without the tax havens. And when it comes to tax havens, the culprits are not hard to identify: there are more than 60 in the world, and the vast majority of them are controlled by a handful of western countries. There are European tax havens such as Luxembourg and Belgium, and US tax havens like Delaware and Manhattan. But by far the biggest network of tax havens is centered around the City of London, which controls secrecy jurisdictions throughout the British Crown Dependencies and Overseas Territories.

In other words, some of the very countries that so love to tout their foreign aid contributions are the ones enabling mass theft from developing countries.

The aid narrative begins to seem a bit naïve when we take these reverse flows into account. It becomes clear that aid does little but mask the maldistribution of resources around the world. It makes the takers seem like givers, granting them a kind of moral high ground while preventing those of us who care about global poverty from understanding how the system really works.

Poor countries don’t need charity. They need justice. And justice is not difficult to deliver. We could write off the excess debts of poor countries, freeing them up to spend their money on development instead of interest payments on old loans; we could close down the secrecy jurisdictions, and slap penalties on bankers and accountants who facilitate illicit outflows; and we could impose a global minimum tax on corporate income to eliminate the incentive for corporations to secretly shift their money around the world.

We know how to fix the problem. But doing so would run up against the interests of powerful banks and corporations that extract significant material benefit from the existing system. The question is, do we have the courage?

Jason Hickel is an anthropologist at the London School of Economics and author of The Divide: A New History of Global Inequality. He tweets at @jasonhickel.