Why Climate Change Is an Irrelevance, Economic Growth Is a Myth and Sustainability Is Forty Years Too Late 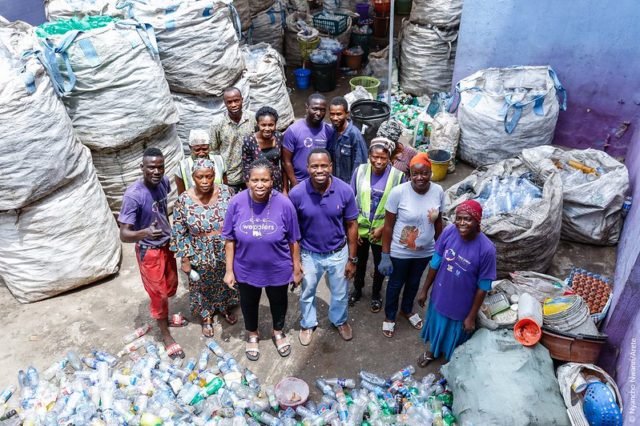 20 Nov 2019 – As someone who has been exploring the world’s most isolated wilderness regions for nearly half a century, I have some insight into the state of the planet and the human race’s current environmental befuddlement. I’ve watched the condition of the earth plummet before my eyes within my own lifespan, to the extent that I no longer recognize it as the beautiful, diverse supporter of all life it once was.

So let me start by addressing a few key points of confusion that seem to affect both keen activists and head-in-the-sand deniers in equal measure:

Climate change is not the biggest threat to the world’s environment – we are. The world’s rivers and seas aren’t choked with floating piles of rubbish, toxic chemicals and plastic waste because of climate change. They’re that way because we have 7.7 billion people crammed onto a planet that’s dying under the pressure of our greedy, selfish abuse. Two decades from now, the earth’s oceans are on target to contain more plastic in them (by weight) than fish. Climate change didn’t do that. Way too many people did that.

Climate change hasn’t covered the world with concrete or replaced healthy ecosystems with canal estates and shopping malls – we and our ever-increasing numbers are the culprit. Climate change is only one of many symptoms of an out-of-control disease – human overpopulation. The irreversible environmental damage stemming from having too many people on a finite planet is already painfully evident. Our bloated population is diminishing our children’s futures in ways that have very little to do with the planet’s temperature.

I keep hearing people say “Humans have always found a way to solve difficult problems, so don’t worry – it’ll all work itself out”. Alas, the problem the earth faces now is one it has never dealt with before – a plague of nearly 8 billion humans. It can’t cope anymore.

We’ve been so distracted making money, embracing our agendas and spreading myths about ‘growth’ and ‘progress’ that we forgot to notice we’ve turned our only viable planetary home into a spherical garbage dump. Humans may be impressively intelligent, but they’re also profoundly self-focused and short-sighted.

No politician talks about our population epidemic. All you hear from them is ‘jobs, jobs, jobs’ and ‘more growth’. You don’t hear climate change activists talking about overpopulation, either. It’s too dangerous a subject, too painful a reality. It permanently occupies the ‘too hard’ basket.

Instead, we’ve all jumped on the global warming bandwagon. We stridently blame governments for lack of action on climate change – while secretly hoping that whatever they decide to do doesn’t adversely affect our consumer lifestyle.

Let’s not confuse activism with action – they’re not the same. One is about social inclusion and feeling good about your outrage; the other is about doing something tangible to make things better.

I hate to burst this old-school bubble, but there’s no longer such a thing as economic growth – not in this century. There’s no true sustainability, either – not any more. The ‘environmental tipping point’ everyone loves to talk about was actually reached around 1980, when science tells us that humanity began to consume more of the earth’s resources than the planet could possibly regenerate. We’ve gobbled up more of our planet’s resources in the past fifty years than in all previous human history combined and polluted our way to prosperity in the process. Climate change had nothing to do with any of that – and still doesn’t.

Economic growth needs population growth to sustain itself. But when a depleted planet can no longer carry the burden of an existing population and its endless demands, growth is nothing but a dangerous illusion. Today’s ‘healthy economy’ is tomorrow’s dystopian misery.

In this century, what we still mistakenly call economic growth is environmental destruction, pure and simple. Nothing we do today can be called sustainable on a planet that has already endured four solid decades of irreplaceable resource use. The 1970s were the last sustainable decade for mankind. Unfortunately, at the time, no one took notice that a tipping point had been reached and passed.

Our current environmental woes have almost nothing to do with the climate and everything to do with how we’ve been treating the earth – not just recently but for many centuries. We’ve always abused the earth horribly and managed to get away with it because our numbers weren’t significant enough to cause lasting damage. Now our numbers are out of control, and that presents us with limited options.

In hindsight, we should have addressed rampant overpopulation shortly after WW2, when the global population was still around 2.5 billion – less than a third of what it is today. But we were in the midst of jubilant post-war optimism and still believed in the delusion of ‘nature’s endless bounty’.

If you could go back in time to around 1604, to the spot where Manhattan now sits, you would see a tiny settlement of about 150 people enjoying a pristine coastal wilderness with superb growing soil, ample wildlife and rich timber forests – a genuine paradise on earth. Back then, whales would wander up the clean, fish-rich Hudson River and you could pull lobsters out of the sea half as long as a man. Huge flocks of passenger pigeons blackened the sky.

The most astounding explosion of human population in history happened on my generation’s watch, so we need to take ownership of that lack of foresight. Our own children are now paying the price for our blunders and have every right to be worried about the earth’s future – and theirs. But let’s not heap all the blame on baby boomers. Previous generations helped the planet’s degradation along just as blindly, and today’s young people still expect the sort of prosperous lifestyle that a dying planet can now only provide in the very short term.

So, I would patiently urge all climate-change activists to direct their environmental concerns at those who really deserve it. They can start with the economists, developers and politicians who blissfully believe that the status quo of ‘perpetual growth’ still works. They can then move on to the religious zealots who still spout the mantra of ‘man’s dominion over nature’ and abhor the idea of contraceptives. After that, they can apportion a hefty dose of blame to the world leaders who purposefully sidestep the overpopulation issue like the political hot potato it is, despite the fact that it’s killing our planet and robbing future generations of the spectacular biodiversity and viable ecosystems that older generations took for granted. And finally, they can look in the mirror and ask themselves what they are personally doing (besides protesting in the streets) to make their planet a better place for all the life that dwells on it.

What are the solutions to an overcrowded planet? Firstly, to stop getting sidetracked by the climate change industry and recognize that the problem is our sheer numbers and blatant disregard for the planet’s health – not the climate. We must replace political and economic agendas and warped ideologies with better education (especially in science). We need more global promotion of family planning, more female empowerment and government incentives to have fewer children – not more. And sadly, we should have been proactive about all this stuff at least 60 years ago, instead of just waking up to our self-inflicted predicament now.

While it’s reassuring that today’s young people are increasingly aware of the seriousness of their environmental plight, they are protesting up the wrong tree. They should direct their passionate attention to the real enemy – a greedy, arrogant, two-legged species that’s in furious denial and has become far too adept at making excuses for the inexcusable.

Kevin Casey is a professional freelance writer based in Brisbane, Australia

One Response to “Why Climate Change Is an Irrelevance, Economic Growth Is a Myth and Sustainability Is Forty Years Too Late”