22 Apr 2021 – The current growth-obsessed economic system is becoming increasingly more dangerous for both people and planet. In order to build resilient and inclusive cities, we need an alternative. 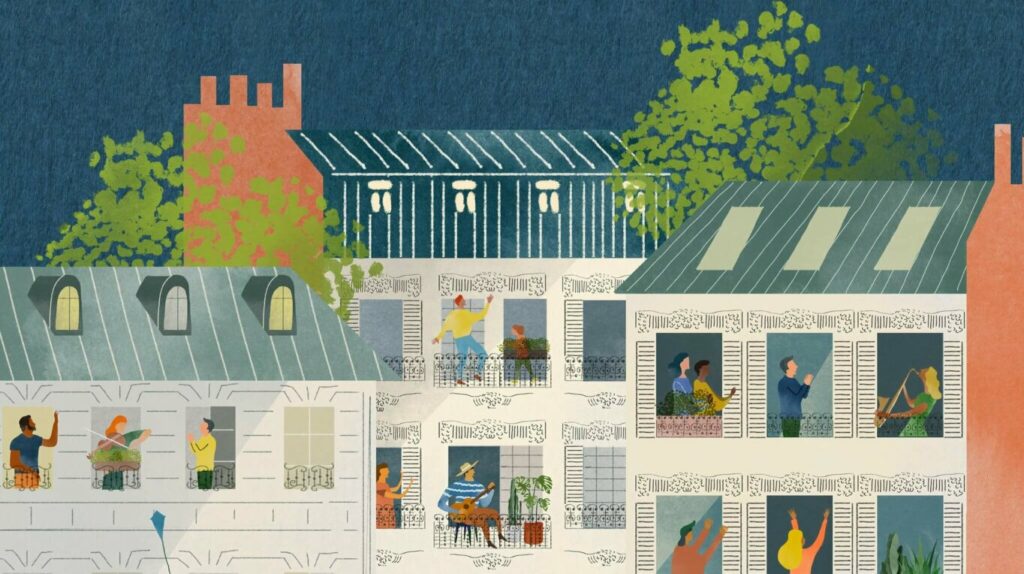 Once upon a time, the growth of a country’s Gross Domestic Product would actually lead to social progress. In the first few decades after the Second World War, growth was invested in collective institutions like health and education systems. Tax rates were progressive and growth was directed to those who needed it most.

Unfortunately, this so-called ‘Golden Age of Capitalism’ did not last very long. Within a few decades, we managed to shift to an economic system dictated by market fundamentalism. “We have been undermining our collective institutions, tax rates have been cut down for the very wealthiest and scientists are getting louder with their warnings about environmental breakdown”, author, researcher and advocate for a Wellbeing Economy Katherine Trebeck explains. “Where previously we could assume economic growth would translate to progress, nowadays it is actually threatening people’s quality of life. If you look at the world through GDP glasses, what do you see? You see countries with high GDP that are not meeting the needs of their citizens.”

Health and life expectancy are going down in places like the United States. And in the United Kingdom, more people become reliant on food banks every single year.

In addition to this disconnect between growth and wellbeing, GDP is full of perverse incentives. “When people are safe and healthy in their communities, it will not show up on GDP”, Katherine illustrates. “But when they are going in and out of hospital, crashing their cars or repairing their houses after a chaotic storm induced by climate change, GDP will reflect it. It effectively rewards us when damage is being done.”

In a Wellbeing Economy, cities would no longer be designed for cars and consumption, but for communities.

Thankfully, there is another way. Because as soon as we put wellbeing at the heart of our economic system, everything changes – including cities. Katherine: “People would be working less, in more fulfilling jobs that pay them enough to live on. Cities would no longer be designed for cars and consumption, but for communities. Businesses would be using their commercial success to deliver social and environmental progress. We might be living in co-housing and walking to work because there are more pavements. And we would be regenerating the natural world, rather than plundering it.”

One of the ways to kickstart and amplify this new economy, is by bringing sustainable food production back to the city. Because an economic transition as fundamental as this one, requires multi-facetted change across all levels of society. And when it comes down to food production, everything is interlinked. One step in the right direction, will lead to a positive snowball effect.

For example: when a city government decides to enable urban dwellers to use empty and abandoned spaces in the city to grow their own fresh and nutritious food, communities come together. Biodiversity starts to flourish. And people are able to relax their bodies and mind, unwind and reconnect to the source of their food. In addition, people gain access to local and fresh produce that benefits both their own wellbeing as that of the planet. Together, citizens could start cooperatives to sell their produce, thereby boosting the local economy.

In order to implement these types of changes, according to Environmental Policy Economist Henry Leveson-Gower, cities need to focus on social structures – something mainstream economists have ignored for decades. “Economists see the world as a collection of individual atoms that only interact in the market sphere. There are no common values that bind people together. However, when you step foot into the real world, it is full of structures, relationships, laws, culture, languages and identity values: all sorts of things that connect us and create common purpose”, Henry explains. “These so-called institutions are key for how we behave and interact.”

If we want to kickstart a wellbeing economy in cities through sustainable food production, Henry states it is key for city policy makers to understand how these social structures determine our actions. “Cities are multi-dimensional and have lots of different types of stakeholders. Therefore, start with whatever problem you are trying to address and see who is ready to come together around a common vision. Ask yourself: Which values currently prevail in my city? And where can we unite people over them?”

What city governments can do

In addition to finding common grounds within your city, there are lots of other things city governments, urban planners and mayors can do to use sustainable urban agriculture as a catalyst for the wellbeing economy, Katherine and Henry explain:

How citizens can amplify the Wellbeing Economy

However, you do not need to be an urban developer to contribute to the growing wave of change, Katherine says. “We can all encourage others to ask themselves; do we have to stick with this economic model? Surely, things can be done better? By embodying the change that is needed and opening up room for conversation, you inspire others and feel like you are doing something useful. That sense of agency really matters, especially in turbulent times like these.”

Despite the complexity of the task at hand, Katherine is optimistic about the future. “There is a growing movement of people diving deep into new business models, pushing different measures of progress and championing things like community wealth building. Everywhere around the world little pockets of change are bubbling up. These are the pioneers who show us that creating an alternative system is in fact already possible.”

Nadine Maarhuis – As a journalist, writer and videographer, it is my mission to show the world how impactful urban agriculture can be. Let’s create a thriving world full of sustainable food producing cities!