Instead of fixating on a fight between capitalism and socialism, imagine innovating a future economy that transcends old binaries. 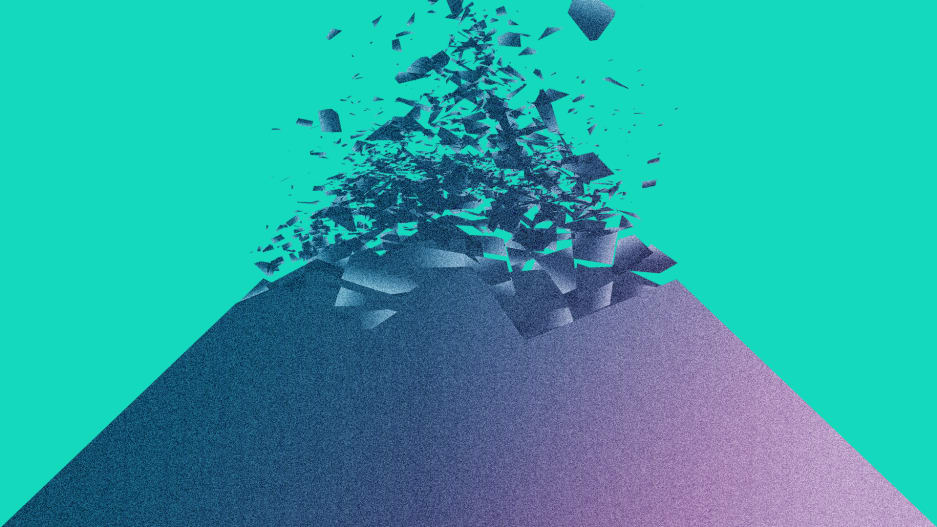 When have we humans ever accepted the idea that change for the better is a thing of the past? [Image: Ket4up/iStock]

These are fast-changing times. Old certainties are collapsing around us and people are scrambling for new ways of being in the world. As we pointed out in a recent article, 51% of young people in the United States no longer support the system of capitalism. And a solid 55% of Americans of all ages believe that capitalism is fundamentally unfair.

But question capitalism in public and you’re likely to get some angry responses. People immediately assume that you want to see socialism or communism instead. They tell you to go and live in Venezuela, the current flogging-horse for socialism, or they hit you with dreary images of Soviet Russia with all its violence, dysfunction, and grey conformity. They don’t consider that you might want something beyond caricatures and old dogmas.

These old ‘isms’ lurk in the shadows of any discussion on capitalism. The cyber-punk author William Gibson has a term for this effect: “semiotic ghosts”; one concept that haunts another, regardless of any useful or intended connection. 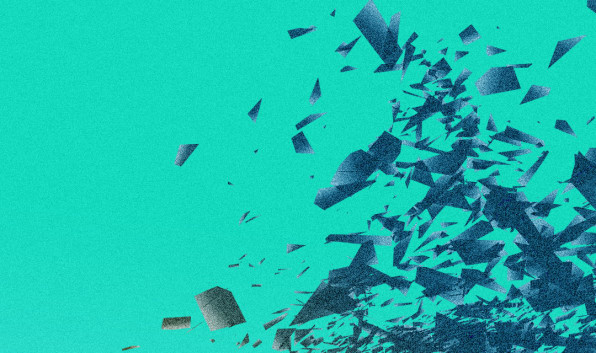 The notion that we should prioritize the production of capital over all other things has become a kind of common sense; the way humans must organize.
[Image: Ket4up/iStock]

There’s no good reason to remain captive to these old ghosts. All they do is stop us having a clear-headed conversation about the future. Soviet Russia was an unmitigated social and economic disaster; that’s easy to dispel. But, of course, not all experiments with socialist principles have gone so horribly wrong. Take the social democracies of Sweden and Finland, for example, or even post-war Britain and the New Deal in the U.S. There are many systems that have effectively harnessed the economy to deliver shared prosperity.

But here’s the thing. While these systems clearly produce more positive social outcomes than laissez-faire systems do (think about the record high levels of health, education and well-being in Scandinavian countries, for example), even the best of them don’t offer the solutions we so urgently need right now, in an era of climate change and ecological collapse. Right now we are overshooting Earth’s carrying capacity by a crushing 64% each year, in terms of our resource use and greenhouse gas emissions.

The socialism that exists in the world today, on its own, has nothing much to say about this. Just like capitalism, it relies on endless, indeed exponential GDP growth, ever-increasing levels of extraction and production and consumption. The two systems may disagree about how best to distribute the yields of a plundered earth, but they do not question the process of plunder itself.

Fortunately, there is already a wealth of language and ideas out there that stretch well beyond these dusty old binaries. They are driven by a hugely diverse community of thinkers, innovators, and practitioners. There are organizations like the P2P (Peer to Peer) Foundation, Evonomics, The Next System Project, and the Institute for New Economic Thinking reimagining the global economy. The proposed models are even more varied: from complexity, to post-growth, de-growth, land-based, regenerative, circular, and even the deliciously named donut economics.

Then, there are the many communities of practice, from the Zapatistas in Mexico to the barter economies of Detroit, from the global Transition Network, to Bhutan, with its Gross National Happiness index. There are even serious economists and writers, from Jeremy Rifkin to David Fleming to Paul Mason, making a spirited case that the evolution beyond capitalism is well underway and unstoppable, thanks to already active ecological feedback loops and/or the arrival of the near zero-marginal cost products and services.This list barely scratches the surface.

The thinking is rich and varied, but all of these approaches share the virtue of being informed by up-to-date science and the reality of today’s big problems. They move beyond the reductionist dogmas of orthodox economics and embrace complexity; they focus on regenerating rather than simply using-up our planet’s resources; they think more holistically about how to live well within ecological boundaries; some of them draw on indigenous knowledge and lore about how to stay in balance with nature; others confront the contradictions of endless growth head on.

Not all would necessarily describe themselves as anti- or even post-capitalist, but they are all, in one way or another, breaking through the dry seals of neoclassical economic theory upon which capitalism rests.

Still, resistance to innovation is strong. One reason is surely that our culture has been stewed in capitalist logic for so long that it feels impregnable. Our instinct is now to see it as natural; some even go so far as to deem it divine. The notion that we should prioritize the production of capital over all other things has become a kind of common sense; the way humans must organize. 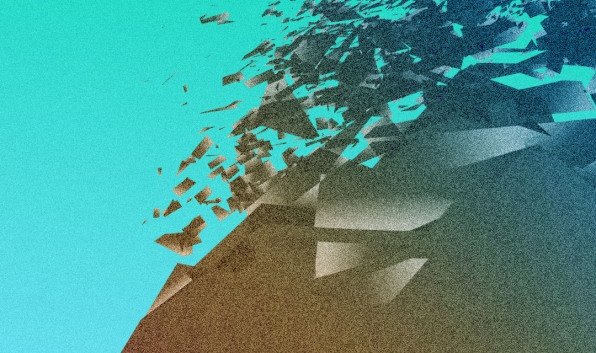 To question capitalism can trigger a visceral reaction; it can feel like an attack not just on common sense but on our personal identities.
[Image: Ket4up/iStock]

Another reason, clearly linked, is the blindness of much of the academic world. Take, for example, the University of Manchester, where a group of economics students asked for their syllabus to be upgraded to account for the realities of a post-crash world. Joe Earle, one of the organizers of what The Guardian described as a “quiet revolution against orthodox free-market teaching” told the newspaper: “[Neoclassical economics] is given such a dominant position in our modules that many students aren’t even aware that there are other distinct theories out there that question the assumptions, methodologies and conclusions of the economics we are taught.”

In much the same way as House minority leader, Nancy Pelosi, rebuffed college student Trevor Hill when he asked whether the Democratic Party would consider any alternatives to capitalism, Manchester University’s response was a flat no. Their economics course, they said, “focuses on mainstream approaches, reflecting the current state of the discipline”. Mainstream, current, anything but fresh. Such attitudes have spawned a global student movement, Rethinking Economics, with chapters as far afield as Ecuador, Uganda, and China.

Capitalism has become a dogma, and dogmas die very slowly and very reluctantly. It is a system that has co-evolved with modernity, so it has the full force of social and institutional norms behind it. Its essential logic is even woven into most of our worldviews, which is to say, our brains. To question it can trigger a visceral reaction; it can feel like an attack not just on common sense but on our personal identities.

But even if you believe it was once the best system ever, you can still see that today it has become necrotic and dangerous. This is demonstrated most starkly by two facts: The first is that the system is doing little now to improve the lives of the majority of humans: by some estimates, 4.3 billion of us are living in poverty, and that number has risen significantly over the past few decades. The ghostly responses to this tend to be either unimaginative–“If you think it’s bad, try living in Zimbabwe”–or zealous: “Well, that’s because there’s not enough capitalism. Let it loose with more deregulation, or give it time and it will raise their incomes too.”

One of the many problems with this last argument is the second fact: with just half of us living above the poverty line, capitalism’s endless need for resources is already driving us over the cliff-edge of climate change and ecological collapse. This ranges from those that are both finite and dangerous to use, like fossil fuels, to those that are being used so fast that they don’t have time to regenerate, like fish stocks and the soil in which we grow our food. Those 4.3 billion more people living ‘successful’ hyper-consumption lifestyles? The laws of physics would need to change. Even Elon Musk can’t do that. 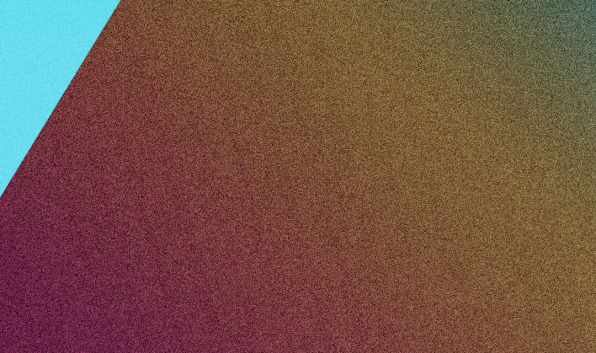 The path to a better future will be cut by regular people being curious and open enough to challenge the wisdom received from our schools, our parents, and our governments. [Image: Ket4up/iStock]

It would be a sad and defeated world that simply accepted the prebaked assumption that capitalism (or socialism, or communism) represents the last stage of human thought; our ingenuity exhausted. Capitalism’s fundamental rules–like the necessity for endless GDP growth, which requires treating our planet as an infinite pit of value and damage to it as an “externality”– can be upgraded. Of course they can. There are plenty of options on the table. When have we humans ever accepted the idea that change for the better is a thing of the past?

Of course, transcending capitalism might feel impossible right now. The political mainstream has its feet firmly planted and deeply rooted in that soil. But with the pace of events today, the unimaginable can become the possible, and even the inevitable with remarkable speed. The path to a better future will be cut by regular people being curious and open enough to challenge the wisdom received from our schools, our parents, and our governments, and look at the world with fresh eyes.

We can let the ghosts go. We can allow ourselves the freedom to do what humans do best: innovate.

Fast Company is the world’s leading progressive business media brand, with a unique editorial focus on innovation in technology, leadership, world changing ideas, and design. Written for, by, and about the most progressive business leaders, Fast Company inspires readers to think beyond traditional boundaries, lead conversations, and create the future of business. Launched in November 1995 by Alan Webber and Bill Taylor, two former Harvard Business Review editors, it was founded on a single premise: A global revolution was changing business, and business was changing the world.