Khan al-Ahmar and the Jordan Valley continue being threatened by Israeli expansionism. 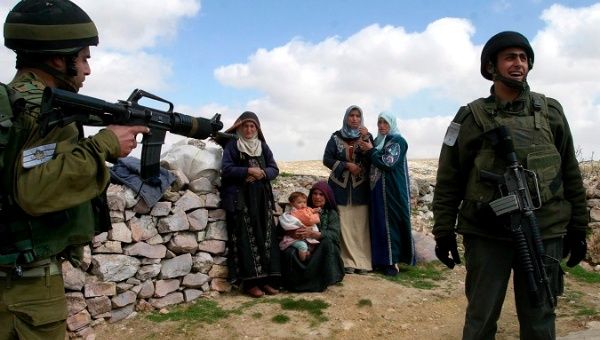 28 Nov 2018 – Israel’s Justice Minister Ayelet Shaked confirmed today during an interview that the Bedouin village of Khan al-Ahmar in occupied Palestine will be demolished very soon.

The village is situated a few kilometers from the occupied city of East Jerusalem, between two major illegal Israeli settlements, namely Ma’ale Adumim and Kfar Adumim.

The residents of Khan al-Ahmar belong to the Jahalin tribe that lived in the Naqab (Negev) desert, overlooking the Dead Sea, prior to the creation of the state of Israel in 1948. They were evicted by Israeli forces in 1951 and settled in Khan al-Ahmar, under Jordanian rule. Now, as Israel controls the West Bank, they are again facing eviction from Israeli authorities.

According to Eid Khamis, a community leader in Khan al-Ahmar, his village is in a strategically important position for Israelis. The presence of the village is an obstacle for Israelis to “build a corridor through the width of West Bank, to the Jordan Valley, and build settlements along this area,” he told the Middle East Eye.

On Tuesday Israeli authorities announced the seizure of 267 dunams (66 acres) of land belonging to the Catholic Church in the northern area of the occupied Jordan Valley.

According to the United Nations Office for the Coordination of Humanitarian Affairs (OCHA), over 6,000 Palestinians have been forcibly displaced from the Jordan Valley area since 2008. Over 60 percent of them belong to Bedouin communities. 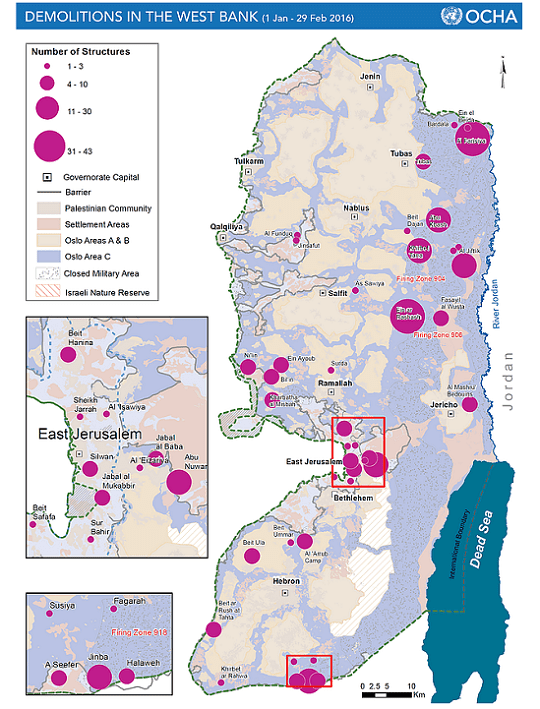 This continuous attack on Palestinian structures and villages paves the way for Israel to expand its illegal settlements in West Bank. In doing so it could effectively cut the occupied West Bank in half, sabotaging the viability of a Palestinian state.

“The position of our community -surrounded by the settlements of Kfar Adumim, Ma’ale Adumim, Alon, and Nofei Prat- makes us one of the final obstacles for completing this Jewish corridor between Jerusalem and the West Bank… If this village is demolished, then the Palestinian dream crumbles,” Khamis argues.

In the map, you can see how Israel has already blocked occupied East Jerusalem from the West Bank from north, south, and west. Demolition Khan al-Ahmar would seal the eastern gate to Jerusalem.

This continuous illegal expansion by Israel has other ramifications as well.

“The establishment and continuous expansion of settlements is a key driver of humanitarian vulnerability. It deprives Palestinians of their property and sources of livelihood, restricts access to services, and creates a range of protection threats that, in turn, have triggered demand for assistance and protection from the humanitarian community,” the U.N. OCHA said in an October statement.

According to the U.N. agency, a series of case studies show that “settler violence is not random but is a calculated effort towards the de facto expansion of settlements.”