In a refugee camp in Cox’s Bazaar, a young Rohingya refugee dreams of giving a voice to his people.

26 Nov 2018 – In September 2017, hundreds of thousands of Rohingya refugees fled Myanmar, where the military was waging a brutal offensive against them that the United Nations has described as “a textbook example of ethnic cleansing”.

Among those fleeing Myanmar’s Rakhine State for neighbouring Bangladesh was 23-year-old Mohammed Yusuf, his wife, parents and younger brothers.

The former teacher and his family settle in a makeshift home in the vast Kutupalong-Balukhali refugee camp in Cox’s Bazaar, where he quickly discovers that among the many things of which the refugees are deprived, there is one that stands out: information.

Its absence can exact a heavy practical and psychological toll on the refugees, who have limited access to telephone networks and are unable to understand local radio.

“Wherever I go in the camp, everyone is waiting and looking for any news,” Yusuf explains.

The consequences of this can range from a lack of information about when aid will arrive or how to protect their flimsy tents from the monsoon rains to the trauma of being unable to locate lost loved ones.

“My people need information,” Yusuf reflects. “News about not just the camp but also the people we have left behind in Myanmar.”

Problems arise, he says, because “the right information is not reaching the right place”.

But Yusuf has a plan.

He wants to build his own radio station that will report the news and provide information to the refugees.

It’s a major undertaking for somebody with so few resources and so many obstacles to navigate, and he’s acutely aware that delivering the news comes with great responsibilities when so much and so many depend upon it.

His is a dream that speaks not only to the desperate practical plight of the refugees, but also to their need to share their stories, to be heard and to connect with a world beyond the camps.

But can Yusuf overcome the bureaucratic chaos, the monsoon rains and the trauma of his own family’s battle to survive in order to make his dream a reality?

In the flow of refugees that arrived in Bangladesh last year, one of them, in particular, caught our attention. While most of his friends were thinking of finding food and a roof, this smiling young man became obsessed with an idea: to build the first Rohingya radio service in the refugee camps.

We decided to film him as he tried to turn his idea into a reality. It would be one of the most difficult experiences we’d had.

During four 10-day shooting sessions over the past year, we were by his side, day and night, through the monsoon rains and the sweltering heat. At each step, we were astonished by his strength, determination and passion in pursuing his dream against all odds.

Mohammed Yusuf’s life has been one of resilience, of ambition and of hope, and his quest took us on a unique and uplifting journey, unlike anything else we’ve seen on the Rohingya crisis to date. 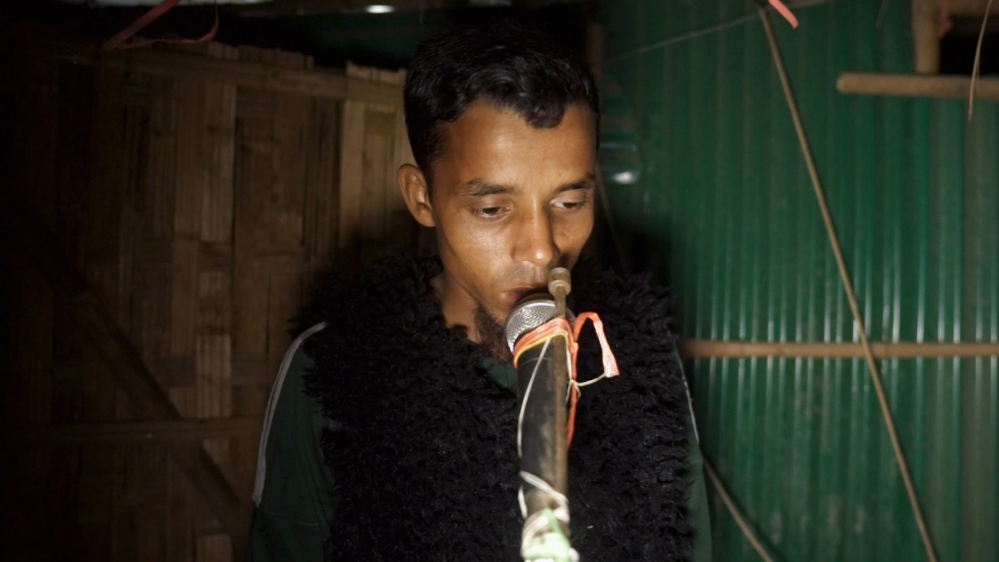 Yusuf believes that problems arise because “the right information is not reaching the right place.” [Al Jazeera]