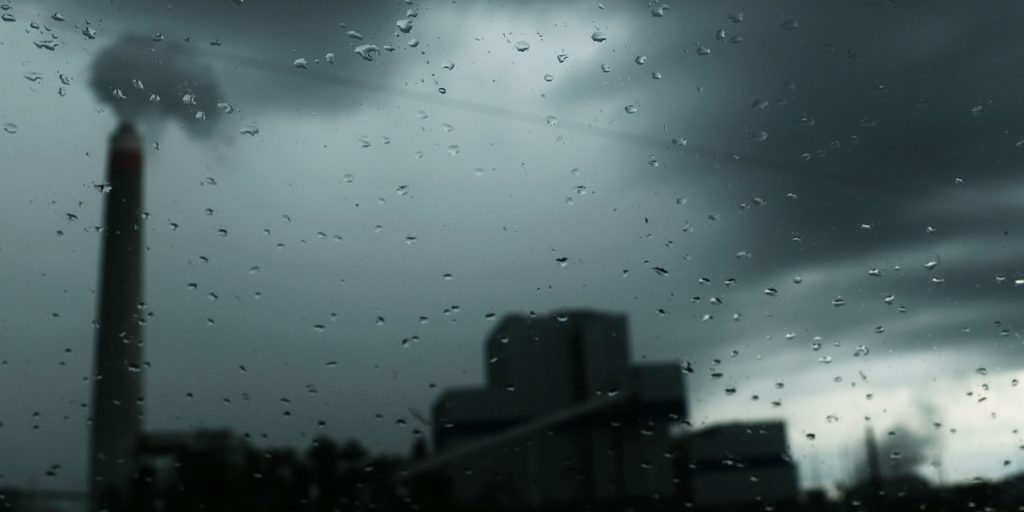 5 Dec 2018 – For decades, scientists have warned of the pending crisis for the planet and humanity in the event of runaway climate change. But a new paper from prominent economists frames the situation in language that people might actually understand: Not addressing climate change, they conclude, will lead inevitably to “worldwide economic collapse.”

Researchers also have a warning for renewable energy evangelists and techno-optimists, concluding that it is a fantasy to believe that the economy can grow at a torrid pace — as measured by GDP — while simultaneously reducing or eliminating greenhouse gas.

That’s because the “P” in GDP — production — necessarily requires energy inputs, which means more burning of fossil fuels unless and until the shift is fully made toward clean energy. That’s not a case for despair, though: By allocating less than half of what world governments spend annually on fossil fuel subsidies to mitigation efforts, we can prevent the above dystopia and improve millions of lives in the process — especially compared to what’s coming our way if we don’t.

As COP24 gets underway in Poland, the Institute for New Economic Thinking has released two working papers from prominent economists backing up the increasingly dire warnings from climate scientists. In “Economic Growth and Carbon Emissions,” Enno Schröeder and Servaas Storm find empirical evidence that economies can’t continue to grow their GDPs exponentially and bring down carbon emissions in line with the targets set in the Paris Agreement. In moving toward the latter, though, world governments can “improve overall welfare by redistributing income (and growth) between countries and income groups,” the authors told me via email.

In order to grapple with the harsh reality of economic growth and climate change, Schröeder and Storm argue, governments need new ways of measuring welfare and well-being that don’t rely on GDP growth. (Bhutan, for instance, measures “Gross National Happiness,” but there are other options as well.)

Looking at data from the International Energy Association and the Organisation for Economic Co-operation and Development between 1971 and 2015, they dismantle a popular notion that carbon emissions can be “decoupled” from economic growth. Traditionally the two have moved together; greater wealth leads to greater energy use and fossil fuel consumption, and economic downturns reduce both. Yet studies in the last few years — including by the World Resources Institute — have appeared to indicate that a number of countries, mostly in the Global North, managed to grow their GDP while simultaneously limiting emissions. Hailing similar results, former U.S. President Barack Obama wrote in a 2017 Science piece that “this ‘decoupling’ of energy sector emissions and economic growth should put to rest the argument that combating climate change requires accepting lower growth or a lower standard of living.”

While Schröeder and Storm find the decoupling story to be the case for territorially bounded production emissions — those generated within a country’s borders — including consumption-based emissions paints a very different picture. “Even if we find evidence suggesting a decoupling of production-based CO2 emissions and growth, consumption-based CO2 emissions are monotonically increasing with per capita GDP,” they write. “Faster growth will either mean emission targets will not be met (at all), or alternatively will require even faster technological progress and structural change,” the authors elaborated by email.

“In the global climate talks, people avoid talking about the issue how much global economic growth is possible or consistent with these 1.5 degrees emission pathways. It is the hot potato no one dares to touch,” they added.

In a similar vein, Gregor Semieniuk, Lance Taylor, and Armon Rezai wrote “The Inconvenient Truth about Climate Change and the Economy,” using a macroeconomic model to argue that while theIntergovernmental Panel on Climate Change scenarios largely assume steady economic growth, they undercount potential emissions by ignoring the historic relationship between higher GDP and increased energy usage, which — in a fossil fuel-based energy system — means more greenhouse gases spewed into the atmosphere. “If world output goes up to 3 percent per capita, energy use would go up by 3 percent per capita, and they didn’t get a hold of that,” Taylor said of the IPCC modeling.

Still, authors of both papers were clear that stymying GDP growth would not entail reducing quality of life. “This does not mean an across-the-board reduction in standards of living,” Schröeder and Storm added. While GDP growth has traditionally been seen as a proxy by economists for economic prosperity, the papers each point out that it’s a poor metric, calling out the “rather loose link between GDP and welfare or standards of living.”

“The big investments in mitigation have the potential to create new, meaningful and decently paid jobs, reducing unemployment and underemployment,” they said in their email. “There are many opportunities for increasing standards of living if only one cares to look beyond GDP.”

Such a scale of mitigation — in line with the Paris Agreement — is entirely possible, if politically treacherous. “It is still possible to limit warming to 1.5 degrees (or 2 degrees),” Storm and Schröeder told me. “There is still time to act (12 years or a bit longer); engineers and earth systems scientists tell us that technical solutions exist, people are creative and can make progress under stress. As Will Steffen put it” — referencing an interview the scientist gave to The Intercept — “a wartime-like effort could work.”

Taylor and company assert that spending 6 percent of global GDP on mitigation — the equivalent of around $2.24 trillion each year on mitigation efforts — could limit emissions to just the level already baked in, around 1.3 degrees. As they point out, in “absolute terms, these outlays are large but comparable to other forms of spending.” Referencing a 2017 study from the International Monetary Fund, for instance, direct and indirect subsidies to fossil fuel producers already amount to $5.3 trillion per year. Mind, the IMF calculations cast a wide net in terms of what they consider a subsidy, including the unpaid social cost of carbon and local health impacts. Such spending is also roughly comparable with what world governments spend on the military ($1.74 trillion), itself — in the case of the U.S. — a major source of greenhouse gas emissions.

That spending, they write, will be “large but lying within the range of macroeconomically feasible reallocations,” in line with the fact that there is “no geophysical reason we can’t limit the global temperature to 1.5-degree,” per the co-chair of the IPCC’s Working Group 3, Jim Skea. Taylor says the results of his team’s research are “guardedly optimistic,” cautioning that “there are possibilities, but the window is closing.”

As the the IPCC report and National Climate Assessment have made uncomfortably obvious in recent weeks, doing nothing could be leagues more disastrous, with financial losses potentially doubling those caused by the Great Recession by 2100. Taylor and his colleagues map out what they call a “causal loop” that includes the historical tie (“positive feedback”) between rising greenhouse gas emissions and rising economic productivity, as well as a looming negative feedback whereby those rising emissions trigger a global depression if allowed to continue unchecked. “Net emissions go up for nearly a century and then trail off in the wake of an output collapse,” researchers find. Taylor noted the risk that a crescendo of climate impacts threatens a “real destruction of physical capital. … Suppose you get a Category 5 hurricane going up the Houston ship channel. That will hit output directly.”

“Complications notwithstanding,” he and his co-authors conclude, “unless this loop is severed, it will inevitably lead to worldwide economic collapse.”

The narrative put forth in these two papers stakes out a kind of middle ground between the doomsday accounts that crop up around new climate reports and the techno-optimism common among some climate advocates — that the renewable energy revolution is already upon us, or at least waiting to be unleashed by a few clever market tweaks. “In the end,” former New York City Mayor Michael Bloomberg told Der Spiegel, “capitalism is a wonderful thing. It really does drive people to do what’s in their own interest. And that is often good with regard to climate change.”

Schröeder and Storm — along with advocates of the Green New Deal, which is being backed by a growing number of politicians and civil society groups in the U.S. — warn against both. “[O]ptimism can lead to self-deception: we make plans and show good intentions, but in actual fact do not (yet) act. But then clearly one can be pessimist as well, when looking at the limited achievements in decarbonization in the past, at the still low level of penetration of renewable energy in the global energy mix and at the lack of political support and political will to decisively act,” they write, referencing the dangers of falling into what economist Albert Hirschman called the “‘futility trope’ — the idea that policy will not work, because it is too late or the problem is too big.”

The stakes are indeed dire, and barring an enormous, economy-wide course correction, the decades ahead could be every bit as miserable as the most doomsday scenarios suggest — and that the latest IPCC report and National Climate Assessment spell out in painfully clear detail. But the corrective that the Green New Deal and related efforts asserts is that that fate is hardly inevitable — and eminently avoidable. It won’t be easy, but it’ll certainly be easier in the long run than failing to act at the scale of the problem.