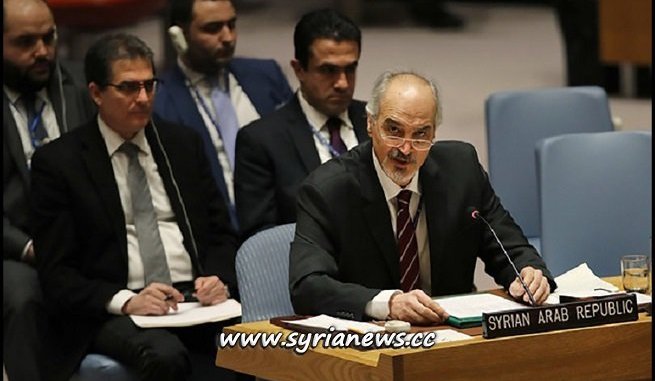 23 Dec 2018 – The White Helmets fraud responders should have received massive MSM reporting this week, based on the seminar given by the Permanent Missions of the Russian Federation and Syrian Arab Republic, on Thursday 20 December.

This informal meeting that offered massive evidence of the crimes of the CIA and UK intelligence funded gang was ignored by western reporters. WaPo tried to preempt it two days earlier, with a Helmets glorification and neo-McCarthyite witchhunt combination propaganda piece.

This British intelligence created ‘NGO’ has stolen the name from the real Syria Civil Defense, which is a founding member of the International Civil Defense Organization.

It has also hijacked the name of the Argentine Ministry of Foreign Affairs group, Comision Cascos Blancos — “White Helmets” — founded in 1993.

Since these ‘stethoscope-less’ fraud responders entered the stage of anti-Syria criminal propaganda, there has been massive documentation of the White Helmets involvement in armed terrorism against the SAR, from several honest, independent sites, including SyriaNews, 21st Century Wire, Wrong Kind of Green, Clarity of Signal and Grayzone Project among others.

Grigoriev was emphatic in stating that the White Helmets also closed down schools in areas of their occupation, and that the majority of their victims have been Syrian women.

He also reminded the group that 30 years ago, Western media cheered bin Laden as ‘freedom fighter.’

Lotef asked for the killings to stop, asked the few members of the media in attendance to “stop lying.”

Beeley gave a succinct report on her findings during her trips to Syria, underlining the brutality of the Western and Gulfies-funded terrorists, including slaughter, abuse of corpses of massacred Syrian soldiers, and the uncovering of Jaish al Islam bomb-making factories (some in tunnels discovered by the SAA).

She also noted that the Netherlands has finally stopped funding ‘Mayday Rescue.’ Also mentioned was Jordan’s MP Tarek Khoury having demanded the the extradition of White Helmets brought into Jordan by Israel, to Syria, for criminal indictment.

H.E. Nebenzia stated that the White Helmets is a “criminal organization” that belongs on the UN “designated terrorists list.”

Ambassador al-Jaafari stated the “timing of this event [is] crucial.” Again, he reminded those in attendance that the Syrian Mission has presented 750 letters to the UN since March 2011, related to terrorist gangs in his country.

Again, he noted the “boycott by the media” and — alluding to the P3 and their House Servants — some UN representatives. The crucial issue should be one of combating terrorism, not propaganda.

Dr. Jaafari stated the use of “foreign fighters very polite,” continuing that “diplomacy is wrong sometimes” in use of inappropriate language.

He reiterated that Syria has seen its borders overrun by the world’s human garbage, from countries wanting to get rid of their criminally insane terrorists, hoping they would slaughter and destroy Syria, and be slaughtered in return, instead of returning home. 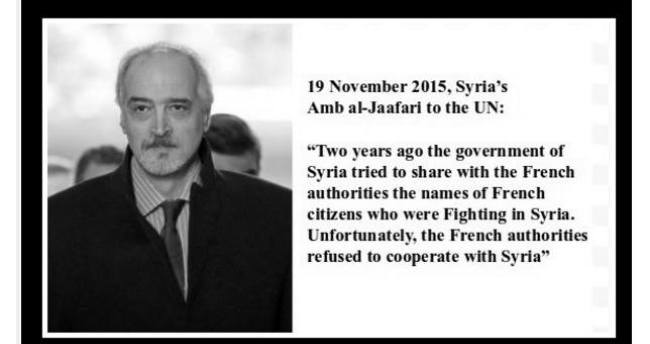 In 2015, Syria offered to give France names of French terrorists in Syria. France refused to cooperate.

WH fixation on mannequins extended to stealing several, from a Syrian store owner.

Mannequin use in some video propaganda was also described in the seminar.

An unidentified reporter showed his ‘trickle down colonialism,’ voicing his concern about savage takfiri returning home. Diplomat Nebenzia suggested it was time for these home countries to “betray and prosecute” and that “that property belongs to the owner.”

Why the sudden investigation, the sudden need of a limited hang-out focusing on just one lying journalist, will likely never be known. Nor will the repercussions of his vicious “crimes against peace” lies ever be quantified.

It is doubtful that any investigation into the “scandal” will uncover how the lying reporter got away with so many lies — share by other NATO warmongering media — for so many years, or will ever be explained satisfactorily.

Let us remember that Arabi Souri was the first to warn against the various western and Gulfies media “Fake News.” 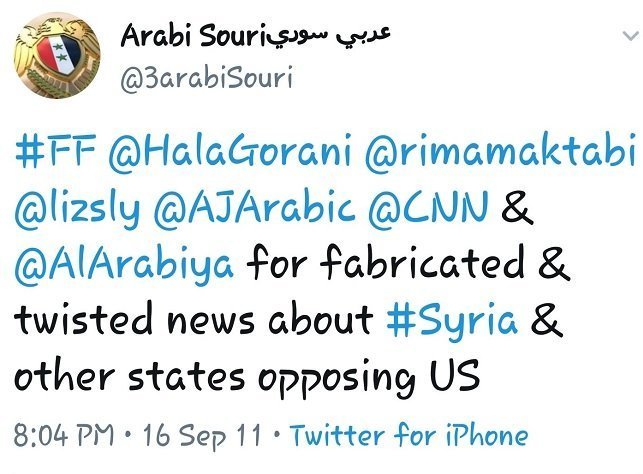 Let us also remember the vicious propaganda cited by John Kerry as Secretary of State, in a frenzy over the Gay Girl of Damascus, who turned out to be a Straight Married Boy from near Langley, residing in Scotland while running that rancid blog.

There were no apologies from all the MSM that pimped out his rancid lies.

The blatant lie of the title is indicative of the impunity of colonialist propaganda, as all with internet access can quickly find proof that exposing the death squad Helmets came from Morningstar, Beeley, Wood, Larsen and others, before Russia’s own investigation.

It is telling that the featured image was of that AFP photographer with more than 9 lives, the guy with the divining rod that leads him to heinous atrocities and staged events, all of which he survives without a single scratch. 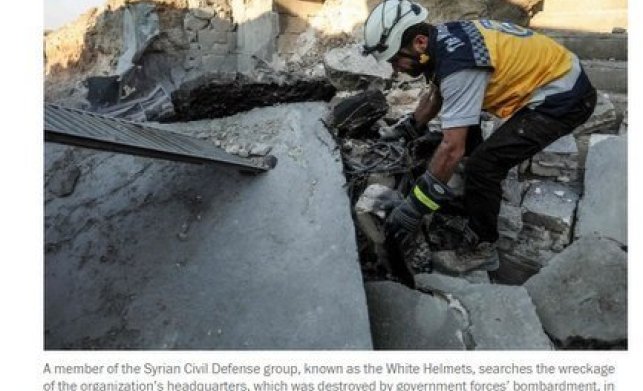 Lovelace ignores the White Helmets lack of stethoscopes, lack of knowledge of CPR and spinal precautions, and shamelessly turns these shoe-stealing, kidnapping, femicidalist, pedonecrophiliac, corpse-abusing killers into Orwellian “hunted prey” (in all things related to the NATO and Gulfies Spring (War of Terror) imposed on Syria, the most depraved of the criminally insane are portrayed as the victims.

With arrogant shamelessness, she cites the blog of the unemployed nebbish gamer-cum-Atlantic Council Fellow, Bellingcat, despite the fact that this criminal liar was warned by American mercenary Vandyke that the FSA had chemical weapons and was prepared to use them to blame on President al-Assad. 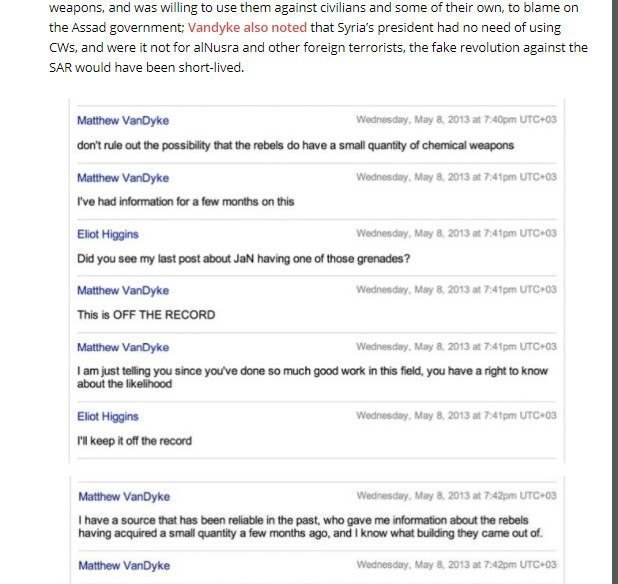 This author’s questioning of “BM” Higgins about this knowledge, got her blocked from his Twitter account, and all accounts related to bellingcat. 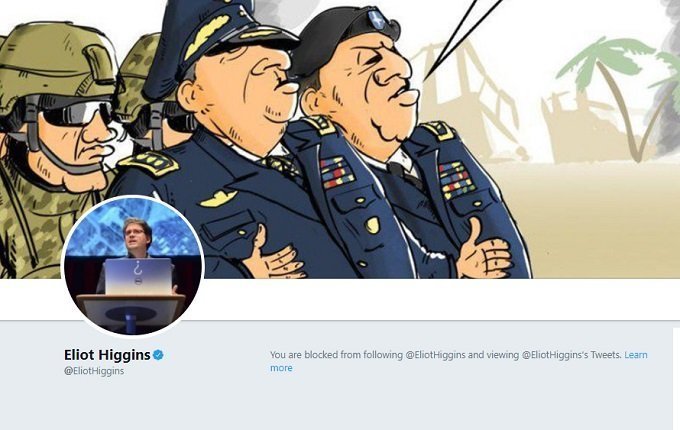 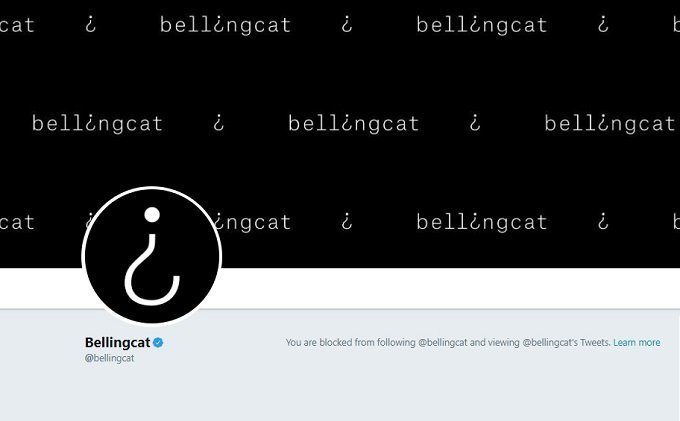 To add to the bathetic drama, a partial quote was added by “one former White Helmet, who was ‘arrested and tortured’ by Syrian forces this year and spoke on the condition of anonymity,” because in psyop propaganda, anyone can claim “torture!” and be given full credibility (stunning how photos or videos of those making such claims tend to show them quite agile, and with full mobility.

Just look at how the zoftig torturee manages to walk through holes blown into the walls of Syrian properties, with no problems.).

Could it have been a mere coincidence that on the very day of the Russian-Syrian seminar on the documented terrorism of the White Helmets in the SAR, a “social journalism” blogger wrote about her lawsuit against two independent, honest, investigative journalists, for “libel and defamation”?

While devoid of any such examples, the blogger used the opportunity to insult first responders by hyperlinking to an article glorifying the CIA and British funded death squad White Helmets, and article that engages in disgraceful propaganda against another two honest journalists, and which incestuously hyperlinks to the Lovelace 18 December piece.