If you want to find out what’s happening in a poor country, be sure to add -tourists to your Google News search. 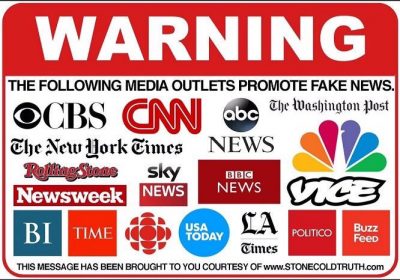 9 Jan 2019 – “Canadian and Italian tourists feared kidnapped in Burkina Faso,” was the recent headline in the BBC, a day after clashes there claimed 46 lives. The BBC didn’t cover the clashes online, nor did they cover a terrorist attack there a few days prior, or the country’s trade deals with China. If the tragic events had happened in Europe though, the media would have been all over it.

We see similar scenarios with the recent media coverage of tourists robbed in Brazil (just as a president who is arguably more racist, sexist, and homophobic than Trump has taken power – yes, it’s possible), of a tourist murdered in Morocco, and the killings in a Mexican tourist resort.

From de-prioritizing the lives of locals in poor countries, to downplaying global inequality, racism, and condescension, the way Western news agencies do international news is deeply harmful. They judge other countries based on the assumption that US and European political and economic standards are the best and only way to do things, and that practice is leading to some seriously discriminatory and damaging outcomes.

As the news becomes increasingly corporatist, with agencies blurring the lines between native advertising and news stories and focusing on clicks over quality, there is little desire to examine this sort of malpractice, let alone rectify it.

Global racism, classism, and prioritizing profits are the key factors behind all these distortions. Stories about poor countries don’t appeal to advertisers, except for those promoting charities who typically victimize poor countries and simplify poverty because they want their donors to think that $1 a day makes the exploitation, wars, and debt go away.

Further, mainstream media has stopped seeing itself as an active force in the world that has a responsibility to inform people and to help them understand what is going on – if it ever did see itself that way. Instead of being a public service, the news is a commodity. As such, media companies understand that stories about first world events, white people, celebrities and the rich and powerful tend to get more clicks than those about the poor.

In addition, over the past decade with the smartphone becoming more accessible to more people, the media has shifted over to bite-size stories and easily and quickly digestible content that can be scan-read, then shared, in a few seconds or minutes. However, the key issues in poor countries aren’t bite size nor simple. They require context, and the media shies away from that – especially where worker rights, inequality, or historical injustice are concerned.

Finally, US media in particular loves individual stories of rags-to-riches and to perpetuate the myth that financial success is all about individuals working hard. Poor countries simply don’t fit into that narrative, so they get left out altogether.

The consequences of this selective and distorted media coverage are serious. What it ultimately does, is perpetuate the status quo; the racism, the dehumanizing of people who live in poor countries, the global inequality, and US and European cultural, economic, and violent dominance. That is, mainstream media coverage of poor countries is an active, and deliberate participation in the oppression of those countries.

The coverage ends up distorting how we understand global forces, culture, and history. It obstructs our ability to learn from other culture’s amazing lifestyles, literature traditions, philosophies, art and film techniques, and it fosters closed-minded adults. Such rich-country centric coverage also promotes unjustified arrogance in those countries, which in turn fosters blind spots to how damaging US and European foreign policy (ie wars) can be.

With high rates of homelessness, police impunity, racist attacks, consumerism, and more, countries like the US are in no position to be judging other countries. A healthy media landscape would instead see the news media as informational and educational rather than entertainment, and would prioritize local journalists and local experts.

Tamara Pearson is a journalist who has been living in and covering Latin America for the past 11 years. She is also the author of The Butterfly Prison .