Carl Sagan on Mystery, Why Common Sense Blinds Us to the Universe, and How to Live with the Unknown

“We are bathing in mystery and confusion on many subjects, and I think that will always be our destiny. The universe will always be much richer than our ability to understand it.” 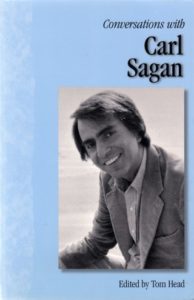 “It took 13.7 billion years for the atoms to come together to create the portal to the universe which is my physical self. So in that statement is this idea, or the fluidity of time and space. And I kind of see it all at once. And I don’t know what ‘me’ is. I just feel part of everything. And I feel such deep gratitude for being able to take this conscious look at the universe — at myself as being part of the universe.”

The sentiment reminded me of a beautiful interview Carl Sagan (November 9, 1934–December 20, 1996) gave shortly after the premiere of his epoch-making documentary Cosmos, later included in Conversations with Carl Sagan (public library).

In late August of 1980 — two years after he conducted Susan Sontag’s most dimensional interview and nine years before his magnificent conversation with Leonard Bernstein — interlocutor extraordinaire Jonathan Cott visited Sagan’s home in Los Angeles to interview him for Rolling Stone. In the soaring the conversation that followed, Sagan stepped into his native nexus of the scientific and the poetic to contemplate our understanding of the universe and of ourselves, the nature of reality and of human knowledge, and how to live with the unknown. 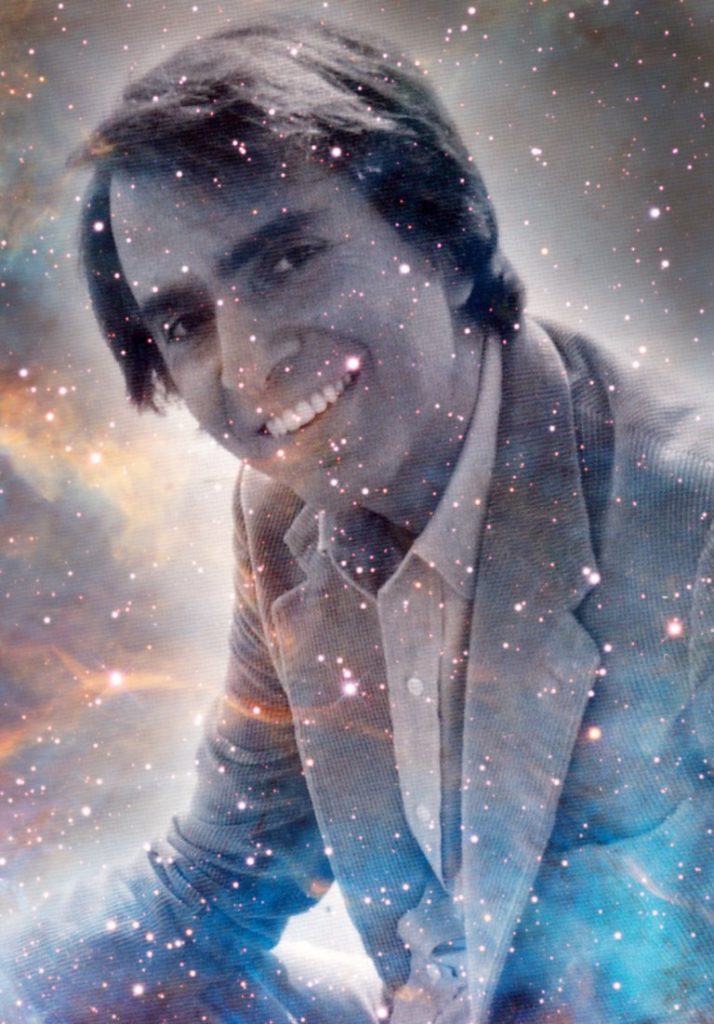 It’s a critical moment in the history of the world… We are the representatives of the cosmos; we are an example of what hydrogen atoms can do, given fifteen billion years of cosmic evolution. And we resonate to these questions. We start with the origin of every human being, and then the origin of our community, our nation, the human species, who our ancestors were and then the riddle of the origin of life. And the questions: where did the Earth and Solar System come from? Where did the galaxies come from?

Every one of those questions is deep and significant. They are the subject of folklore, myth, superstition, and religion in every human culture. But for the first time we are on the verge of answering many of them. I don’t mean to suggest that we have the final answers; we are bathing in mystery and confusion on many subjects, and I think that will always be our destiny. The universe will always be much richer than our ability to understand it. 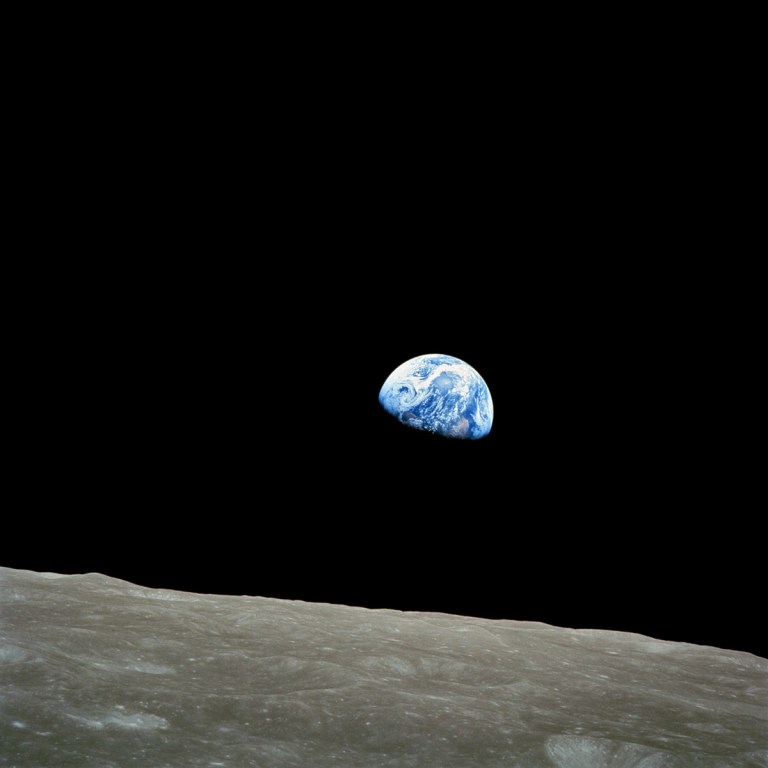 To be sure, understanding the whole of the universe seems like too grandiose an aspiration when we are continually struggling to understand the tiny subset of the universe that is ourselves. Three summers before this interview, Sagan had spearheaded The Golden Record — a poetic attempt at such self-comprehension, mirroring humanity back to itself. Now, with an eye to another landmark triumph of self-reflection made possible by scientific progress — the iconic Earthrise photograph taken by the astronauts of Apollo 8 in 1968 — Sagan considers the immense and paradoxical gift of cosmic perspective:

You saw [Earth] for the first time as a tiny blue ball floating in space. You realized that there were other, similar worlds far away, of different size, different color and constitution. You got the idea that our planet was just one in a multitude. I think there are two apparently contradictory and still very powerful benefits of that cosmic perspective — the sense of our planet as one in a vast number and the sense of our planet as a place whose destiny depends upon us.

In this awareness resides a humbling and disquieting reminder of our creaturely limitations. We navigate the world by our common-sense perception, but that perception has blinded us to reality again and again. We have mistaken our sensorial intuitions for facts of the universe — for millennia, we held wrong beliefs about Earth’s shape, motion, and position, because it feels flat and static beneath our feet, and central to the order of the cosmos. We have mistrusted processes and phenomena beyond the boundaries of what we can touch and feel with our limited senses — from evolution, which unfolds on scales of time too vast to be visible within a human lifetime, to quantum mechanics, which operates on subatomic scales imperceptible and almost inconceivable to the human observer. Long before Sagan equipped us with an antidote to the “common pitfalls of common sense” in his timeless Baloney Detection Kit for critical thinking, he tells Cott:

Common sense works fine for the universe we’re used to, for time scales of decades, for a space between a tenth of a millimeter and a few thousand kilometers, and for speeds much less than the speed of light. Once we leave those domains of human experience, there’s no reason to expect the laws of nature to continue to obey our expectations, since our expectations are dependent on a limited set of experiences.

We have to be very careful not to impose our hopes and desires on the cosmos, but instead, in the scientific tradition and with the most open mind possible, see what the cosmos is saying to us.

Sagan points to one particularly blatant obfuscation of reality driven by our self-centered hopes, desires, and delusions — astrology:

[Astrology is] like racism or sexism: you have twelve little pigeonholes, and as soon as you type someone as a member of that particular group, as long as someone is an Aquarius, Virgo or Scorpio, you know his characteristics. It saves you the effort of getting to know him individually.

Sagan ends by considering the nature of human knowledge itself. Drawing on its past, he projects its future:

Human knowledge is a set of successive approximations… There are all sorts of things that we’ve gotten wrong, and all sorts of mind-boggling things that we can’t even glimpse that will be the established fact in a century or two.

There are two extremes to worry about. One is the extreme in which everything is known and there’s nothing left to do. The other is where everything is so complicated you can never begin to do anything. We are lucky to live in a universe were there are laws of nature and things to discover, but they’re not impossibly difficult, so we can understand them to some extent. But they’re also difficult enough so that we’re nowhere near understanding them all. There are exhilarating discoveries yet to be made. It’s the best possible world.

Complement with Diane Ackerman — a favorite poet of Sagan’s, who was her doctoral advisor — on our longing to know the universe beyond ourselves and Primo Levi on the spiritual value of space exploration, then revisit Sagan on the value of uncertainty, the enchantment of chemistry, and the most important perspective in the human world.