1 Feb 2019 – The Trump administration announced that it will formally suspend the United States’ obligations under the Intermediate-Range Nuclear Forces (INF) Treaty, effective February 2nd. This crucial treaty requires the United States and the former Soviet Union (now Russia) to eliminate all nuclear and conventional ground-launched ballistic and cruise missiles with ranges of between 500 and 5,500 kilometers. Russia may decide to suspend compliance as well. If nothing changes, the Treaty will be dead on August 2, 2019. (The U.S. withdrawal can be revoked until that time.)

The INF Treaty was the first agreement between the two nuclear superpowers that eliminated entire categories of nuclear weapons. As a result of the INF Treaty, the U.S. and the Soviet Union destroyed a total of 2,692 missiles by the treaty deadline of June 1, 1991 (1,846 Soviet missiles and 846 U.S. missiles). 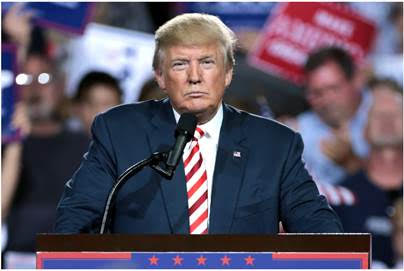 “This is a massive mistake. The withdrawal moves the world closer to sounding a death knell for humanity. Rather than withdrawing from the treaty, U.S. leaders should be meeting with the Russians to resolve alleged treaty violations. Rather than destroying arms control and disarmament agreements, the U.S. should be taking the lead in bolstering such agreements, including providing support for the Treaty on the Prohibition of Nuclear Weapons.”

Since July 2014, the U.S. has alleged that Russia was in violation of its INF Treaty obligation not to “possess, produce, or flight-test a ground-launched cruise missile having a range of 500 to 5,500 kilometers” or “to possess or produce launchers of such missiles.” In late November 2017, a senior U.S. national security official stated that the Novator 9M729, a land-based cruise missile, was the weapon that the United States believed violates the INF Treaty. The Russian Foreign Ministry asserts there is absolutely no evidence to support these claims.

For its part, Russia alleges that the U.S. has violated the INF Treaty by deploying a component of a missile defense system — the Mark 41 Vertical Launch System (VLS) — that is capable of launching offensive missiles. It also claims that the U.S. has used prohibited missiles in defense tests and that some U.S. armed drones are effectively unlawful cruise missiles. To date, the U.S. has not made public any evidence to disprove these claims.

Where does this leave us?

It brings us to the brink of a new and dangerous arms race. Russia could move to deploy new short-range and intermediate-range cruise missiles and ballistic missiles on its territory as well as on that of its allies, such as Belarus. If the U.S. were to respond with new intermediate-range missiles of its own, they would be based either in Europe or in Japan or South Korea to reach significant targets in Russia. This would spell the beginning of a new arms race in Europe on a class of especially high-risk nuclear weapons.

The INF Treaty is just the latest treaty the Trump administration will have walked away from. He has been systematically undermining the longstanding framework of European and global security. He has withdrawn the U.S. from the Joint Comprehensive Plan of Action (commonly referred to as the Iran Nuclear Agreement) and The Paris Accord (on climate change). He has also contemplated withdrawing the U.S. from NATO.

Krieger went on to say,

“The country would be well-served to look at what Trump is doing with regard to withdrawing from the INF treaty, and do the opposite – that is, strengthening the treaty and building upon it.”

Anticopyright: Editorials and articles originated on TMS may be freely reprinted, disseminated, translated and used as background material, provided an acknowledgement and link to the source, TMS: Trump Withdraws U.S. from INF Treaty, is included. Thank you.