What Can Video Games Teach Us about Peace?

More and more games are incorporating nonviolence as a feature and encouraging better social behaviour in the real world. 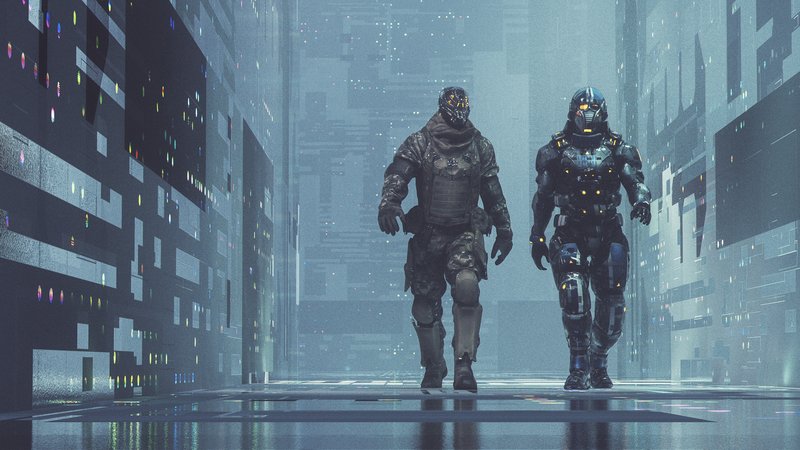 “Mainstream games can continue to develop narratives and gameplay features that encourage the player to think about the use of violence and its implications.”

18 Feb 2019 – Debates about video game violence have almost become cliché. Over the past 20 years, video games have been blamed for inspiring mass shootings and facilitating attacks by Islamic militants. When the question of video game violence came before the United States Supreme Court in 2011, it appeared to settle the debate once and for all. In a 7-2 decision, the Court dismissed the body of research on the subject as “based on correlation, not evidence of causation.”

However, the debate reignited with renewed vigour in February 2018 when the United States suffered its deadliest high school shooting to date at Stoneman Douglas High School in Parkland, Florida. In the wake of the tragedy, President Donald Trump convened a private meeting with the video game industry, where he played an 88 second montage of video game violence and expressed concern that these scenes were “shaping young peoples’ thoughts.”

In October 2018, the US National Academy of Sciences confirmed a link between playing violent video games at one point in time and exercising overt physical aggression at a subsequent point in time. Other studies have found that the consumption of violent media has a negative impact on pro-social behaviours, such as helpfulness and empathy.

[click here to show video in new tab]
From RTÉ Archives, a RTÉ News report from 2000 by Sharon Ní Bheoláin on the introduction of a new age rating programme for the gaming sector

However, just as violent video games can negatively influence real world behaviour, games with pro-social themes have been found to have a positive impact. There is a notable lack of research into the nonviolent and pacific alternatives that are often present in conventionally violent video games. This is despite the considerable commitment and incredible innovation that some members of the gaming community have displayed with regard to pacifist ideals.

For example, developer Ben Burbank and artist Kent Sheely have both attempted pacifist play-throughs of the popular shooter series, Call of Duty. Gamer Kyle Hinckley successfully completed Fallout 4 without killing anyone or anything – despite the series being premised on the slogan, “War… War never changes.” Hinckley managed to complete the game despite the game’s developers admitting that a pacifist narrative was not their goal. More recently, members of the Battlefield community (an online multiplayer shooter set during World War One) briefly observed the centenary of the Armistice.

With some gamers going to such great lengths to pursue pacifist ideals, why don’t games developers incorporate nonviolence as a gameplay feature and encourage pro-social behaviour in the real world? Several games are doing so already. Take the Dishonored series for example, in which players assume the role of an assassin tasked with neutralising a number of political targets. For each target, there is a nonviolent alternative to assassination, and the game rewards players with an in-game trophy or achievement if they complete the game without taking anyone’s life.

In addition, nonviolence has a positive impact on the game’s ending: political order is restored, and the state can draw on the talent and resources that have been spared from needless bloodshed. In contrast, violent behaviour has a negative impact on the story and the gameplay: guard patrols become more frequent due to the player’s violent actions, and bloodshed leads to the spread of vermin and disease – as in real life. 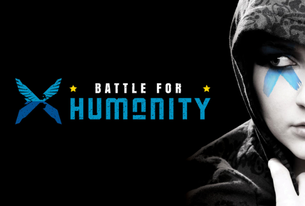 The Deus Ex: Mankind Divided series is another example of how games can encourage a player to think about the impact of – and alternatives to – violence. Deus Ex puts players in the role of an Interpol agent in a dystopian future that continues to grapple with discrimination, persecution, victimhood and access to justice. As in Dishonored, Deus Ex rewards players who complete the game using non-lethal means. In confrontations with terrorist and criminal elements, players are often afforded the opportunity to engage in dialogue with them. The game rewards a capacity for active listening and empathy by opening up opportunities for the peaceful resolution of disputes that might otherwise be inaccessible. This also allows players to bring criminal elements to justice through legal procedures, rather than lethal ones.

[click here to play video in new tab]
From RTÉ Radio 1’s Arena, Joe Griffin on a series of games that explore the impact of war on civilians and refugees

Researchers the world over are currently investigating how these gameplay features can be utilised to teach students, diplomats and peacekeepers the skills necessary to build peace in a variety of contexts. PeaceMaker and Global Conflicts: Palestine are both “serious games” that seek to educate players about the Israeli-Palestinian conflict and its myriad components. Both games have been found to promote a player’s ability to empathise with both the Israeli and Palestinian perspectives, while improving players’ contextual knowledge of the conflict generally.

Mission Zhobia is a serious game being developed in association with the United Nations’ Institute for Training and Research and the United States’ Institute for Peace, among others. The game seeks to develop the key competencies of peacebuilding practitioners – effective dialogue, trust-building, and perspective-taking – through many of the gameplay features embedded in mainstream games such as Dishonored and Deus Ex.

Researchers are currently investigating how gameplay features can teach students, diplomats and peacekeepers the skills necessary to build peace in a variety of contexts

Closer to home, an EU-wide consortium led by Trinity College Dublin has recently launched the Gaming for Peace game, which aims to prepare military and police personnel for conflict prevention and peacebuilding missions. “Soft skills” such as communication, empathy and gender and cultural awareness are imparted through gameplay features such as personal choice and interactive dialogue.

READ: what’s behind the rise and rise of Fortnite?

If video games can be put to such serious uses, then there is much to be said for the broader application of pacific games. Mainstream games can continue to develop narratives and gameplay features that encourage the player to think about the use of violence and its implications. Perhaps more practically, community groups and cross-border initiatives can use serious games to promote interaction and perspective-taking in fractured societies. The research proves it is possible – all we are saying is give peace (and games) a chance.