Smoke inhalation thought to have killed 21-year-old exiled during menstruation despite ban on custom. 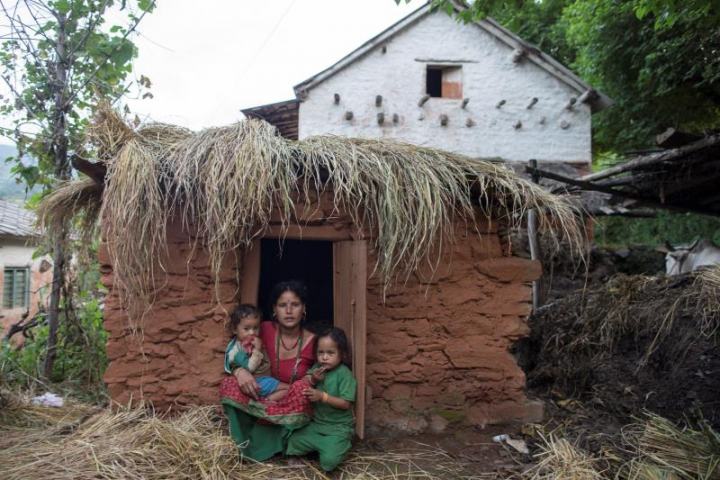 6 Feb 2019 – A 21-year-old woman has been become the fourth person known to have died this year as a result of the illegal practice of chhaupadi, whereby menstruating women in Nepal are banished from their homes and forced to sleep in huts.

Parbati Bogati, from the western Doti district, is thought to have died from smoke inhalation while sleeping in a small, windowless hut. She was discovered by her mother-in-law on Thursday morning.

Just weeks earlier Amba Bohara, 35, and her two sons, Ramit, nine, and Suresh, 12, were found dead in a cowshed. Their deaths, in neighbouring Bajura district, prompted some people to demolish chhaupadi sheds in their village.

Both women are believed to have suffocated after lighting fires to stave off freezing temperatures. Campaigners fear January may have been the worst month for such deaths in recent years, despite government efforts to end the practice, which has been banned since 2005.

Last year, penalties including a 3,000-rupee (£20) fine and a three-month jail term were introduced for those convicted of imposing the custom. However, chhaupadi, linked to Hindu religion, is deeply embedded in some parts of Nepal.

Watch: The menstruating Nepalese women confined to a cowshed

The tradition dictates what a woman can eat, where she can sleep and with whom she can interact while she is menstruating.

“It has been followed from the very beginning, from their ancestors, so if they discontinue with that kind of ritual, they fear that the god will punish them,” said Dechen Lama, a lawyer at the Forum for Women, Law and Development.

In 2010, a government survey found that one in five women across the country followed the practice. In Nepal’s mid-western and far-western regions, half of women surveyed did so.

In the capital, Kathmandu, versions of the tradition are still practised, said Lama. “[Women] are not isolated to the same extent – there is no separate hut – but they are not allowed to enter the kitchen when they go through menstruation, and they are not to touch the idols of god.”

Ganga Chaudhary, a lawmaker who was involved in the drafting of the legislation, told Agence France-Presse that much more must be done to enforce the law and change social norms.

“We have realised that legal provisions [alone] are not enough to end such practices. We need to focus on awareness and educating women,” Chaudhary said.