Human Genome Project has not lived up to the hype on beating disease, but new alcohol abuse study could change that. 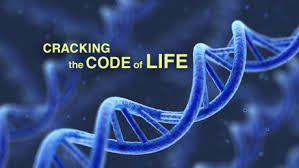 14 Mar 2019 – It is almost 20 years since Bill Clinton joined Tony Blair to announce the first rough sequencing of the human genome to tremendous fanfare in June 2000. The president gushed at the audience in the White House:

“We are gaining ever more awe for the complexity, the beauty, the wonder of God’s most divine and sacred gift. With this profound new knowledge, humankind is on the verge of gaining immense, new power to heal.”

This hasn’t happened yet, however. We have identified the genetic basis of a few rare pathologies, such as this cognitive impairment, but our understanding of leading diseases including cancer, heart disease and diabetes seems little better than at the start of the century. The good news is that there might finally be a way forward – but first, the story so far.

The human genome is the collection of DNA that contains the recipe for who we are as individuals. Sequencing it has certainly brought benefits. We have determined the true number of genes it contains, plus their structure and function – all of which was seen as essential to understanding our susceptibility to all genetic conditions, from cancers to insomnia.

This threw up some major surprises. Because of our intellectual superiority to other mammals, geneticists used to think we needed at least 100,000 genes to listen to Bach or discern fine wine. But it turned out that all mammals, from mice to humans, share the same suite of about 20,000 genes. Having digested this discovery, at least it pointed to an opportunity: fewer genes meant an easier search for disease-causing gene mutations – particularly since it also turned out that genes only comprised 2% of the genome.

Geneticists tried to exploit the revelations about the genome with studies that combed through thousands of tiny genetic changes in hundreds of thousands of patients with different diseases to see how they compared to healthy people. This enabled them to correlate genetic changes in diseased DNA in a manner unimaginable before June 2000. The “genetic architecture” of a wide number of conditions from cancers to schizophrenia to addiction became much better understood as a result.

Yet after the first few thousand studies were published, geneticists were horrified to discover that 98% of the disease-associated changes they’d identified in the genome do not occur in the genes. Instead, the vast majority of changes related to disease occur in the 98% of the genome that is not made up of genes – known as the “junk genome”, since few had the foggiest notion of what it was or how to study it.

At this point, a white knight appeared in the form of 440 scientists around the world known as the ENCODE consortium. Headquartered at Stanford, ENCODE spent some US$400m (£307m) preparing a much vaunted “Encyclopaedia of the Human Genome”, amassing huge amounts of data to figure out what was going on in the junk genome.

Among various contentious claims, the consortium subsequently proclaimed that at least 10% of the human genome was made up of genetic switches called enhancers that activate and deactivate genes. But if these sounded like the key to conquering genetic diseases, difficulties soon emerged.

Scientists suggested that these complex sequences of DNA continually evolve at a high speed, implying they are not as important as genes. They may also be unique to individual species rather than being common to many. Together with findings that enhancers seemed to be quite transient and ephemeral in the genome, it began to look like our ability to quickly understand the human genome may have been overhyped.

Some geneticists, including myself, are now questioning this received wisdom. This relates to the way that scientists have identified enhancers up to now: where we can recognise genes very clearly using a system of three-letter codes, ENCODE identified enhancers using biochemical marker tests – as did the studies that later raised difficulties with these switches.

Yet there arguably isn’t enough evidence to be confident that “enhancer markers” in these tests accurately identify all the enhancers on the genome. More fundamentally, using the markers presupposes that enhancers should behave uniformly. If instead they are only active in specific cells at specific times, biochemical marker tests will not always be accurate, since they cannot reflect the activity of all enhancers in the very specific regions in which they are active. If so, enhancers may be conserved in the genomes of many more species than previous biochemical marker studies suggested.

To test this idea, the universities of Aberdeen and Edinburgh have been collaborating to identify the genetic causes of anxiety and alcohol abuse, which kills 7.7% of men and 2.6% of women around the world. To do this we studied mice – since they too can be susceptible to alcoholism when they are exposed to alcohol.

There is a gene called GAL that produces a small neuropeptide called galanin, which affects alcohol intake. Yet we knew that when you compare people who drink heavily with those who don’t, you don’t see differences in the GAL gene. By studying mice, we identified what appeared to be an enhancer that turned this gene on in specific regions of their brain.

We compared the genome sequences of 100 animal species, including humans, mice and birds, and found the same suspected enhancer on the genome, in nearly the same position, some distance from the gene. With the evolutionary branches of birds and men having separated some 310m years ago, the fact that this entity had survived made it extremely likely that it is central to alcohol abuse.

To test this, we used new gene-editing technology to delete the enhancer in mice. Sure enough, we found that our gene-edited mice drank far less than normal mice after a week of alcohol exposure. They also became less anxious – albeit only the males. With the help of human genetic studies at the University of Edinburgh, this enabled us to conclude that in humans the same enhancer plays an important role in controlling people’s mood and alcohol intake. 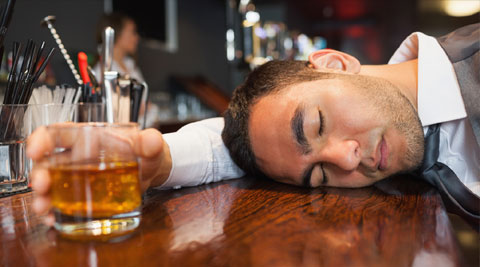 Researchers from the University of Granada in Spain found that alcohol deteriorates the optical quality. The Indian Express

This is the first time anyone has shown that the same enhancer controls alcohol intake and mood in a wide number of species. It suggests that enhancers with important functions can be detected in the human genome by looking at the extent to which they exist across different species. Far from being the transient and ephemeral entities suggested by biochemical marker studies, our work demonstrates that enhancers are critical to driving the expression of specific genes in specific cells where they hold important roles in maintaining health.

I believe that functional studies of enhancers such as the one we have conducted will be the key to truly fulfilling the promises from that heady day in June 2000. Only then will we be able to appreciate the functional consequences of the disease-associated changes identified by previous genome studies.