Huge crowds have gathered in the northern Italian city of Milan to protest against racism. 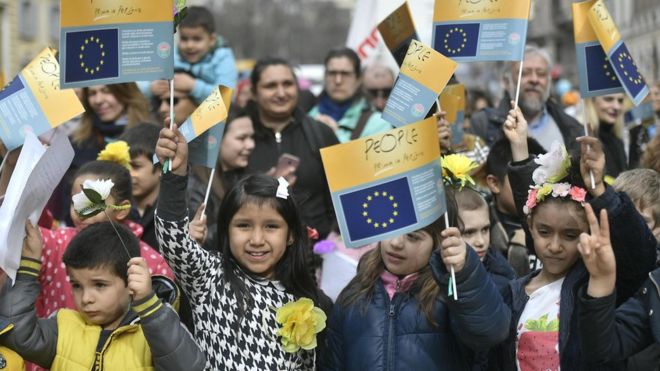 3 Mar 2019 – Organisers said about 200,000 people turned out in the city in Lombardy, a region where the right-wing populist League party has strong support.

A decree issued in September makes it easier to deport migrants and take away their citizenship if they commit serious crimes.

Under the new governing coalition, Italy has tried to close its ports to boats with migrants travelling across the Mediterranean. 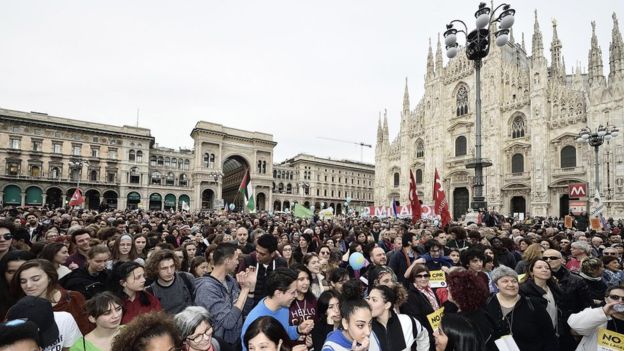 Organisers said about 200,000 people took part in the march. EPA 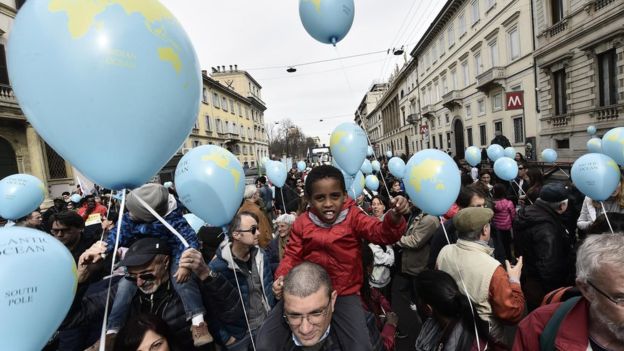 Milan’s mayor described the demonstration as a watershed moment. EPA

Demonstrators marched under the slogan People First, with organisers issuing a mission statement saying diversity is a cultural treasure.

“We want Italy and Europe to change their policies, to put people at the centre with their difficulties,” one man told Italian broadcaster Rai TV.

A woman said the march was to show that “reception is a very beautiful thing and diversity an enrichment”.