Annoyed by the Vegan Protestors? Then Imagine This…

Supporting or opposing the recent vegan protests in Australia is partly about perspective, and partly about ethics. 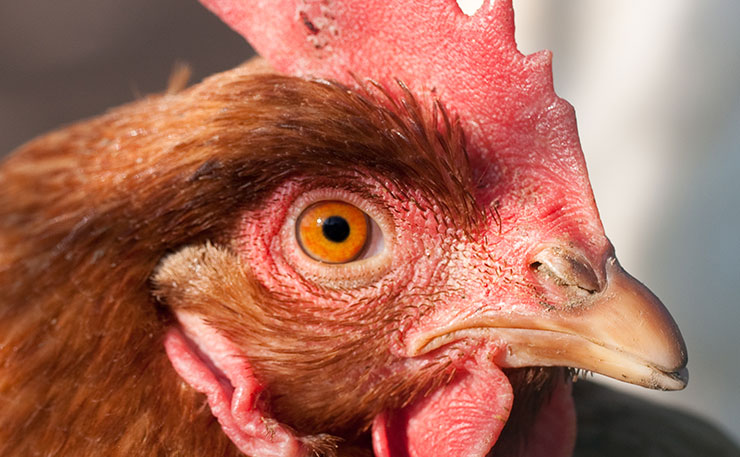 16 Apr 2019 – There’s a simple ethical test for those complaining about the vegan protests held recently in Melbourne and elsewhere around Australia. Imagine you were a speck of consciousness somewhere in the universe, waiting to be born on planet Earth. You did not know at that point whether you would be born as a human or, alternatively, as an animal to be exploited for food, clothing, entertainment or experimentation. Would you approve of such exploitation?

It’s not easy for those who fight on behalf of animals to meaningfully convey their message to the masses. After all, they are up against the might of industry advertising, PR and political lobbying.

MLA is no mug in the PR and advertising game, having won awards such as Marketing Team of the Year and Advertiser of the Year. It appears to prefer the term “community engagement” over “PR”.

Another example of classroom incursion is Australian Pork Limited’s “Pigs in Schools“ program. Like MLA’s efforts, it includes plenty of high-tech delivery mechanisms. APL goes a step further by offering each student two servings of pork.

Most consumers of animal products may be unaware that the livestock sector is exempt from critical aspects of so-called “prevention of cruelty to animals” legislation in this country and elsewhere. Those exemptions enable industry participants to perform acts of cruelty that would cause others to be at risk of prosecution.

Here’s a small sample (including procedures that are generally performed without pain prevention or relief): lifelong confinement indoors; mutilation of week-old piglets (including tail docking, teeth clipping, ear notching and castration); disbudding of calves; dehorning; hot-iron branding; sexual interference with males and females (including procedures that form part of the “artificial insemination” process); depriving ducks of water; de-beaking chicks; toe-cutting; macerating male chicks (who are considered waste) in industrial grinders; forcefully separating cows and calves within 24-hours of birth, with the males (who are also considered waste) sent to slaughter.

In Victoria, the government recognised animal sentience within its 2018 Animal Welfare Action Plan, yet continues to allow practices such as those described here. Like the governments of South Australia, Tasmania and the Northern Territory, it also allows shooters to blast wild ducks from the sky for “recreational” purposes.

Duck shooting highlights the hypocrisy that exists in our treatment of animals. How often have we seen media reports of a mother duck and her offspring assisted in crossing a busy road? A wild duck who has been blasted from the sky may have had offspring waiting to receive the daily rations that will never come.

Yes, the protests may have been inconvenient, but there’s a strong chance we would welcome them if we were that speck of consciousness looking down on the planet prior to being born.

Without such protests, the horrific plight of non-human animals is generally ignored or overlooked by most of the human population.

New Matilda is a small, independent media outlet. We survive through reader contributions, and never losing a lawsuit. If you got something from this article, giving something back helps us to continue speaking truth to power. Every little bit counts.

Paul Mahony is a prominent environmental and animal rights campaigner who is trying to remove what he considers to be blinkers and blindspots in the community, resulting from social, cultural and commercial conditioning. You can also find Paul on his own website, Terrastendo.