Remembering the Revelations of US Torture at Abu Ghraib 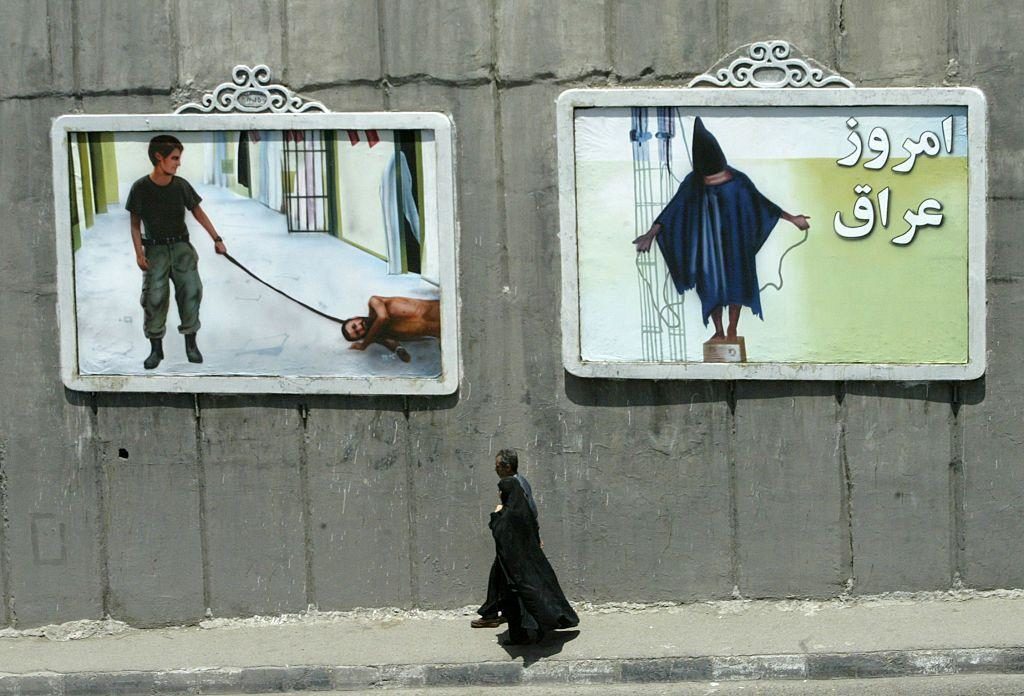 An Iranian couple walk past mural paintings depicting scenes from the torture of Iraqi prisoners by US soldiers at the Abu Ghraib prison near Baghdad, on a major highway in the Iranian capital 1 Tehran June 2004.
[BEHROUZ MEHRI/AFP/Getty Images]

28 Apr 2019 – The infamous Abu Ghraib prison complex in Iraq was revealed to be the centre of an extensive network run by the US military after the coalition’s invasion of the country in 2003. Abuse and torture of largely innocent civilian Iraqi detainees at the hands of American soldiers were common. The full extent of what went on there was leaked to a shocked world on 28 April 2004, a year after the invasion and the toppling of Saddam Hussein.

What: The torture of detainees at the US-run Abu Ghraib Prison in Iraq

Following the US-led invasion of Iraq in March 2003, America set about implementing its administration across the defeated nation, which included the running of a vast network of prison complexes housing civilians and those suspected of participating in the Iraqi insurgency. One of those prisons was in Abu Ghraib, twenty miles west of the capital Baghdad, which had been notorious for torture and poor living conditions in the Saddam Hussein era. It was demolished during the invasion and then renovated by the US coalition forces in 2003.

Janis Karpinski, a US Army Reserve Brigadier General, was put in charge of military prisons across Iraq including Abu Ghraib, in her position as commander of the 800th Military Police Brigade. Despite being a seasoned operations and intelligence officer who had served in the 1991 Gulf War and in the Special Forces, Karpinski had no experience in running a prison system or in handling prisoners; importantly, nor did most of the soldiers under her command.

Over the course of the following year, the US administration of Abu Ghraib used a number of brutal torture and interrogation techniques, particularly in October and November 2003. The situation began to change, however, on 31 January 2004, when Major General Antonio M Taguba was appointed to conduct a formal investigation into the mishandling of the prison and the atrocities committed against the detainees. On 3 March, the Taguba Report was completed, and charges were subsequently filed against six soldiers found to be complicit in the crimes. 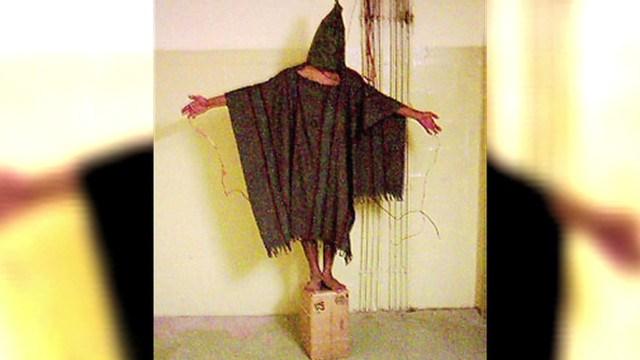 The actual facts and details of the torture, however, were not made public until 28 April 2004, when US Defence Secretary Donald H Rumsfeld briefed congress on the report, and CBS broadcast photographs of the abuse of Abu Ghraib detainees on its “60 Minutes 2” show. What was revealed was the extent to which torture and abuse had been perpetrated by American soldiers. Even more shocking was the fact that the vast majority – 70 to 90 per cent – of those held in Abu Ghraib were innocent civilians who were detained mistakenly, according to the International Red Cross.

Examples of the interrogation techniques used by soldiers on detainees included “breaking chemical lights and pouring the phosphoric liquid on detainees; pouring cold water on naked detainees; beating detainees with a broom handle and a chair; threatening male detainees with rape; allowing a military police guard to stitch the wound of a detainee who was injured after being slammed against the wall in his cell; sodomising a detainee with a chemical light and perhaps a broom stick, and using military working dogs to frighten and intimidate detainees with threats of attack, and in one instance actually biting a detainee.”

All of the abuse and torture that was documented – which was found to be systematic, intentional, and illegal – was perpetrated by the soldiers of the 372nd Military Police Company, which was attached to a battalion which reported to Karpinski’s brigade headquarters.

The legacy of Abu Ghraib

Over the course of the next few months, during which investigations continued to discover further atrocities and their perpetrators in Abu Ghraib, more soldiers and high-ranking officers were charged. There were some vestiges of justice following the revelations, such as the release of over five hundred detainees in the last ten days of May 2004; the sentencing of some of those complicit in the abuses; and the 75 per cent decline in reported cases of prisoner abuse and deaths after it came to light. 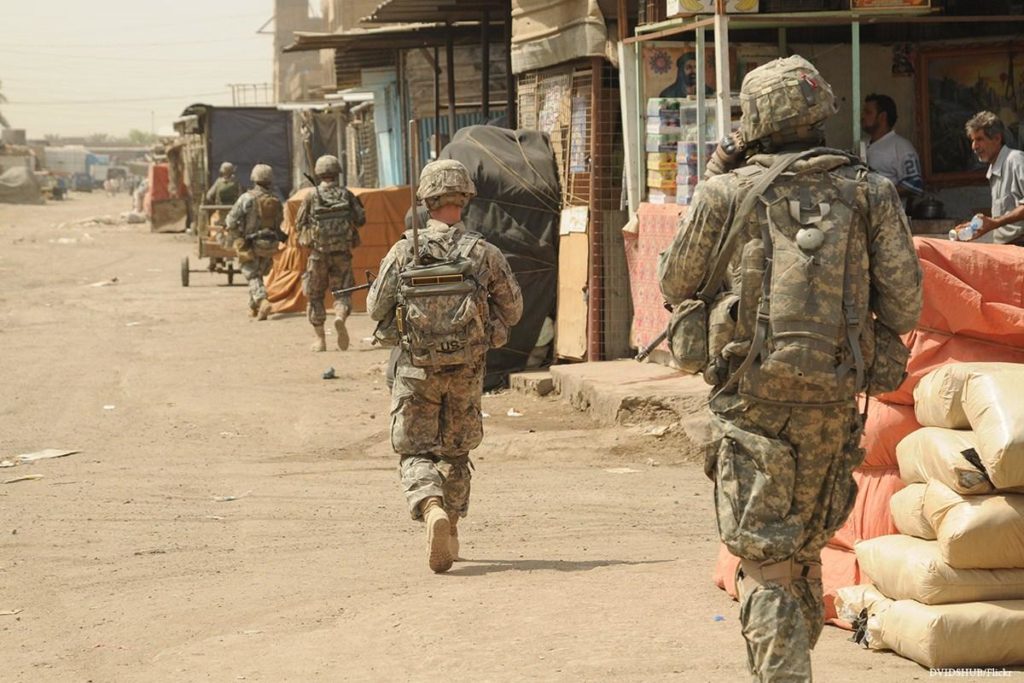 US soldiers during the 2003 invasion in Baghdad, Iraq
[DVIDSHUB/Flickr]

The legacy of Abu Ghraib, however, did not fade. There were those within the Bush administration who still found ways to use international law to justify the atrocities and the interrogation methods used. On 11 May 2004, for example, Rumsfeld told members of the Senate Appropriations defence subcommittee that the methods had been authorised and confirmed by Pentagon lawyers as being in accordance with the Geneva Conventions on the treatment of detainees. Moreover, on 8 June, the Washington Post obtained a memo written in 2002 showing that the US Justice Department advised the White House that torturing suspected Al-Qaeda terrorists detained abroad “may be justified” as international laws against torture “may be unconstitutional if applied to interrogations” conducted for the war on terror.

This war on terror, which was the primary cause or casus belli of the invasion of Iraq and the subsequent atrocities that followed, is ongoing with regional and worldwide reverberations. The revelation of the atrocities committed in Abu Ghraib showed the world the injustice perpetuated by the apparently unending war on terror; that will forever be the tragic legacy of the Iraqi prison complex.

Muhammad Hussein is currently reading politics at a university in London. He has a keen interest in the Middle Eastern and international political affairs.