The Horrors of Child Prostitution in Ghana

More than 100,000 children in Ghana work as prostitutes. Melphia, 13, is one of them. She lives in a slum and spends her nights in hotel rooms with businessmen, police officers and, increasingly, tourists. 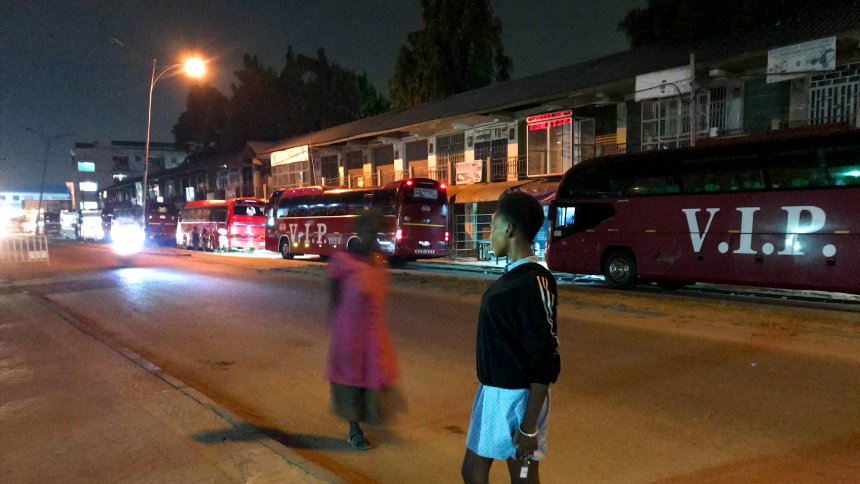 17 Apr 2019 – Every evening, Melphia leaves a place locals refer to as “hell on earth” and goes somewhere even worse. To a hotel room where the curtains are always drawn. Melphia is 13 years old. She lives in a slum in Kumasi, the second-largest city in Ghana. And for the past three years, she has worked as a child prostitute.

Melphia has sex with up to five men per night: workers, businessmen, police officers — and increasingly, tourists. She doesn’t even know the names of most of her clients. What she does know is that “obronis,” white men, pay more than Ghanaians. “Without the foreigners, child prostitution wouldn’t be nearly as lucrative,” says Martin Opoku Sekyere, who works as a volunteer to combat child prostitution in Kumasi.

For the past two years, the economy in the West African country has been growing more quickly again and things in Ghana have noticeably improved. This also means more people are coming into the country, such as Chinese investors and European tourists. And along with them come those interested in hiring prostitutes. Dr. George Oppong, head of the Ghana section for the NGO Defence for Children International’s (DCI), for which Sekyere also works, says that nobody really knows how many children are currently prostituting themselves, though he estimates somewhere between 100,000 and 200,000. The youngest are just 9 years old.

Melphia looks younger than 13. She’s small and thin and has elbows that stick out sharply. Like the other girls in the slum, she has a short afro that emphasizes her pretty, childish face. She has a hard time sitting still, pulling her knees in and searching her fingers for bits of her nails she hasn’t yet chewed off. 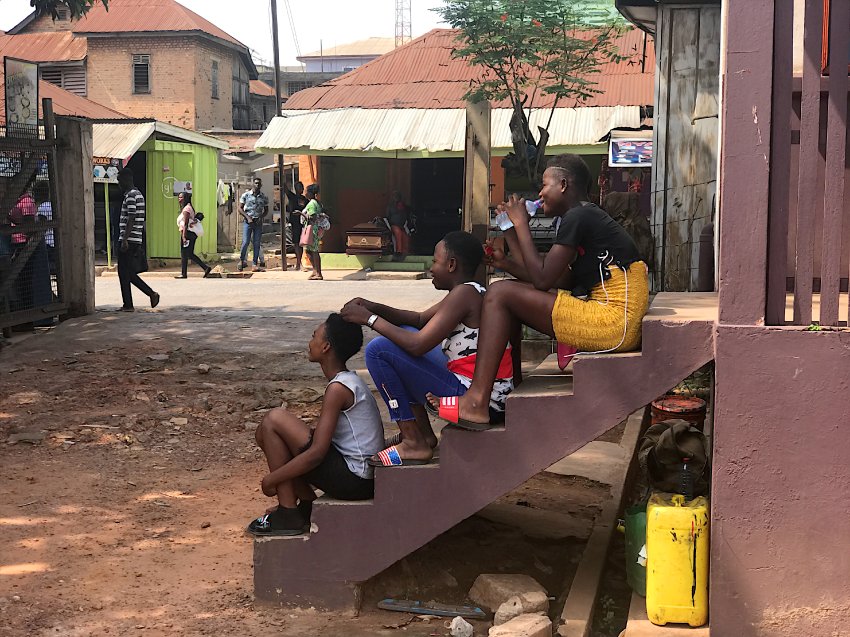 And then she begins telling her story, the sounds of the slum floating around her: drunks scream, Nigerian hip-hop blasts from old speakers and someone moans loudly during sex. It’s close to 40 degrees Celsius (104 Fahrenheit) and the air is so humid that the walls inside the hut are sweating.

Melphia was 10 when she climbed onto a bus in her village, located about an hour from Kumasi. Because she was so young, she didn’t need to pay anything for her ticket and it was only by chance that the bus ended up in Kumasi. She would have gone anywhere: Her only goal was to make money — somewhere, somehow.

So Painful She Could Barely Walk

On her parents’ farm there was never enough food for her and her 12 siblings to eat, she says. She attended primary school in her town, with her older sister’s boyfriend financing her everyday costs. But when he went to Europe, there was no more money. Melphia could barely even read at that point, and instead of continuing to go to school, she headed to Kumasi.

Almost immediately upon arrival, she met a young man named Ali, the first person who spoke to her in Kumasi. A few hours later, he slept with her. It was her first time. Ali told her she could make money with sex, but Melphia didn’t want to. Just sleeping with him was so painful that she could barely walk. She tried selling candy, but she couldn’t get rid of the colorful Mentos she had bought with the last of her money. Then Ali told her about the Chinese. He said they would pay 25 euros ($28) to have sex with a small girl. He became her pimp.

This is her story as she tells it and it is impossible to confirm, in part because Melphia is no longer in touch with her family. This much, though, is certain: Melphia lives alone, without her family, in the Asafo Railroad slum, known to inhabitants simply as “BB.” She speaks the Ghanaian language Twi and a bit of English. She works as a child prostitute and everything she owns fits into a small, black bag: An old Nokia cell phone with a broken display, two pairs of flip-flops, two outfits, a pair of gray socks.

All of her earnings vanish instantly. Much of it goes to her pimp, while the rest is spent on showers, her single meal per day and rent for the tiny hut she shares with four other girls. It’s really more of a shack, maybe 6 square meters (65 square feet). Melphia is able to survive, but not more. “It is an illegal business from which too many people profit,” says DCI’s Sekyere. The hotel owners, the pimps, the drug dealers and the corrupt police officers — they all stand to gain from the fact that Melphia and the other girls are selling their bodies for a couple of euros. 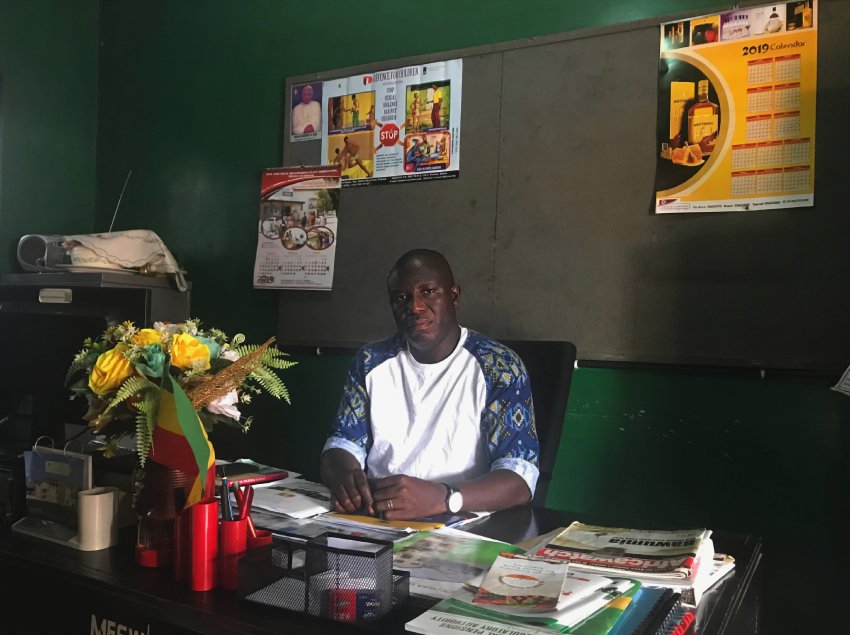 Sekyere actually heads the local employment office, but in his free time he fights for the children of Kumasi. He goes into the slum every day, speaking with the girls and trying to get them off the street. If one of them falls ill, he takes her to the hospital, with DCI covering the bill if possible. Sekyere notes the girls’ names in a notebook: “Abena, 14; Mariam, 10; Lydia, 13; Josie, 11; Melphia, 13.” Melphia has neither an ID nor a birth certificate, making Sekyere’s notebook perhaps the only document where her name is recorded.

“My birthday is in May,” Melphia says, adding that her ideal present would be “a bus ticket back to my mother.” She misses her and says she can still remember her voice. Since leaving her village she hasn’t heard from her family at all and she doesn’t even have their phone number anymore. Her family thinks she’s selling water and Mentos in Kumasi.

If they knew the truth, they would disown her, she says, and starts to cry. She quickly grabs a towel and a piece of soap, slips through the plastic curtain that functions as the shack’s front door and joins the other girls on their way to the shower. It’s 5 p.m. and Melphia has just woken up. As always, she went to bed when the sun came up and slept all day. The sun has been beating down on the corrugated iron and plastic of her hut for hours. Inside, it’s like a sauna.

The ground in the slum is muddy and littered with plastic bags, bottles and food packaging that has been flattened by flip-fops. It is hard to tell where one shack ends and another begins because they are packed together so tightly. Laundry lines are drawn across the open sewage ditch, known as the “BB River.” It smells like garbage and cooking fires, human feces and the decaying wares of the fishmongers. 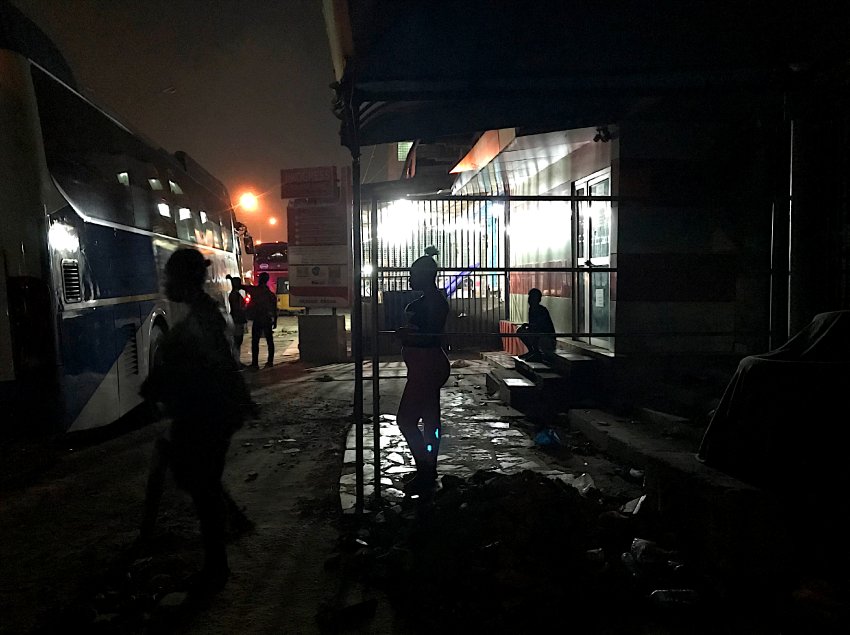 Waiting for customers on the streets of Kumasi.
Sophia Bogner und Paul Hertzberg

A shower costs 20 cents, for which Melphia gets five minutes in a roofless cement cell. “The showers, the sale of drugs, the prostitution, the rent for the shacks — everything is organized by the same crew,” Sekyere says. Nobody knows the name of the boss, or at least no one dares utter it, but his minions are everywhere — slouched into plastic chairs or lying on the ground, lazy and stoned, wearing their gold chains and basketball jerseys.

The pimps come from similar circumstances as the girls. Each has one or two girls working for him, his “girlfriends,” while the girls call their pimps their “boyfriend.” Every once in a while, they get the girls a foreign john, because Ghanaians only pay between 5 and 7 euros, or they accompany the girls to the hotels. Otherwise, though, the “boyfriends” mostly just take their “girlfriends'” money.

During the day, Melphia wears a sleeveless T-shirt and wears a polka-dotted dress at night. She has started getting her period in the past year, but her body still looks like that of a child. And that’s what she is: a child. She doesn’t make any of her own decisions, instead being controlled by those around her. She reacts instead of acts. She doesn’t have enough experience, education or imagination to picture another life, or even to formulate goals.

When Melphia leaves the slum around 9 p.m., the sky is black and the air is full of flies. There is no electricity in BB, so Melphia lights her way with her mobile phone. The slum comes to an end after about 500 meters, turning into a maze of small alleys lined with two-story buildings housing small restaurants, cheap hotels and bars, from which colorful light and music emanate. Twelve-year-old girls, fully made up, stand at the tables smoking cigarettes. A woman changes her child’s diaper under a streetlight. It smells of marijuana. 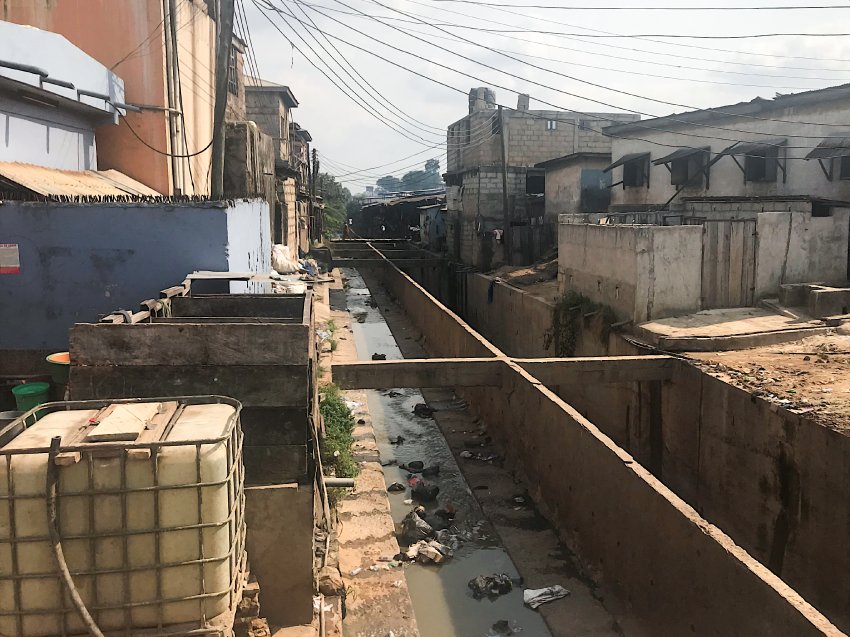 Melphia wanders past everybody, on her way to the main road where the big, red buses belonging to the company VIP are parked. During the day, the buses travel to Tamale, to Accra, to the hot north and to the seaside in the south. But at night, they block the view of what takes place behind them.

Behind the buses, the young girls stand and wait. A man of about 40 talks to Melphia, his speech slurred. She looks away, knowing that plenty of other men will come by. Violence is part of everyday life for the child prostitutes of Kumasi, which is another reason the girls prefer foreign customers: They don’t just pay more, they also tend to hit the girls less frequently. A few months ago, a friend of Melphia’s was driven to the outskirts of the city, the john wanting to have sex with her in a thorny bush. When she refused, he lashed out at her with a machete. She survived, but now has a large scar on her cheek.

Sekyere says that girls are also killed from time to time, but nobody really learns what exactly happened to them or who they even were. Like everything else, the violence in BB remains undocumented — hardly anyone knows anything about anyone else. That is also true of Melphia and her friends: They are more like roommates and co-workers. And, of course, rivals.

Sekyere wipes the sweat from his brow and tries to explain what bothers him most: “Nothing will change if people keep having 15 children. The parents are thankful when one of them disappears. One less mouth they need to feed.” 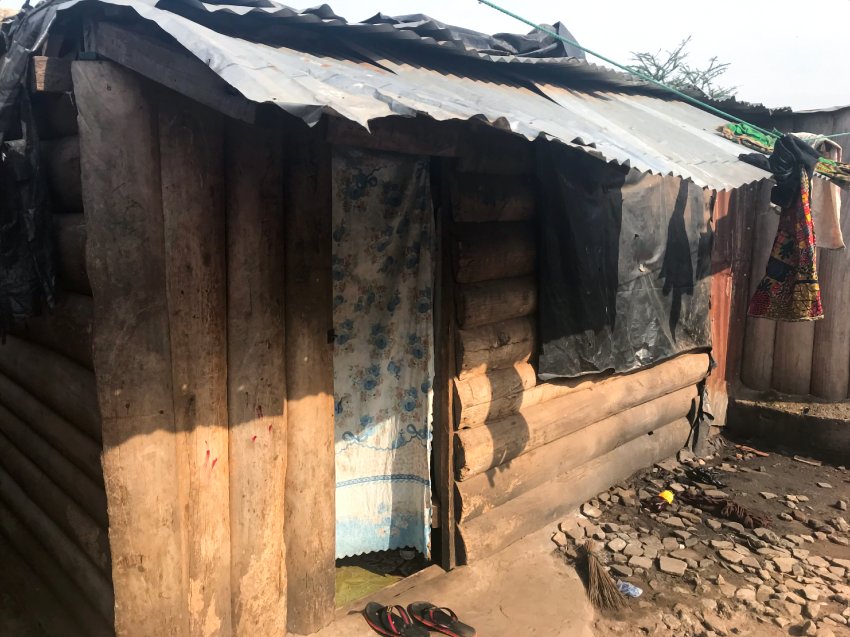 Sometimes, Sekyere manages to get a child prostitute into a local school, but most of them disappear again. Though Sekyere can recall a few success stories — of girls who managed, with his help, to become hairdressers. But there’s not many of them. Most of his job consists of helping the girls in their day-to-day lives: distributing condoms, insisting that they should never have unprotected sex and explaining to them what happens with their money.

From between two buses, Melphia nervously watches what’s going on across the street. There are prostitutes there too, grown women she is afraid of. “Last week,” says Melphia, “they sent over a group of thugs.” For the women, the competition from the girls had become too much.

Today, things are quiet. Women sell themselves on one side of the street, children on the other. “When I’m that old,” Melphia says, pointing to the 20- and 30-somethings, “I would like to be a nurse.” Or a hairdresser. “Or to have a family.” She really doesn’t care where she ends up. As long as it’s not the other side of the street.