11 Apr 2019 – Today the Security Council looked at the key role played by women in the UN’s peacekeeping operations. WikiLeaks founder Julian Assange could be exposed to “serious human rights violations”, following his arrest in the United Kingdom, according a UN independent human rights expert. Fighting continues to escalate in Tripoli, Libya, and in Idlib, Syria, and 10,000 conflict-affected people were forcibly relocated in Nigeria and are in dire need of humanitarian aid.

Women must be at ‘centre of peacekeeping decision-making’, UN chief tells Security Council 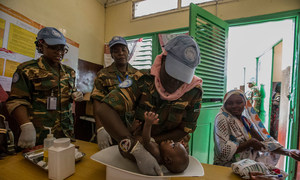 Women’s rights, voices and participation must be at “the centre of peacekeeping decision-making”, United Nations Secretary-General António Guterres told the Security Council on Thursday, describing them as “central to sustainable solutions” to challenges facing the Organization worldwide.

Through its landmark resolution 1325 on women and peace and security, the Council reaffirmed the participation and involvement of women, which the UN chief hailed as “a key element in the maintenance of international peace and security”. He also noted the UN’s “essential system-wide effort” to enhance women’s representation at all levels and in all arenas, through his Strategy on Gender Parity.

‘Democratic aspirations of the Sudanese people’ must be met urges Guterres, following military removal of al-Bashir from power 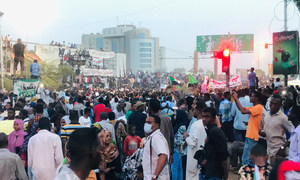 UN chief António Guterres said on Thursday that the “democratic aspirations of the Sudanese people” needed to be realized through “an appropriate and inclusive transition process”, following the arrest of President Omar al-Bashir by order of the country’s new military governing council.

In a statement issued in New York by his Spokesperson, the Secretary-General said he would continue to follow development “very closely” and reiterated his call for calm and “utmost restraint by all”. 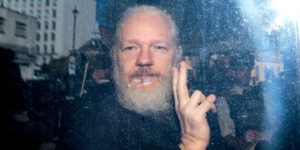 Independent UN rights experts on Thursday said the arrest of WikiLeaks co-founder Julian Assange by police in the United Kingdom, after the Ecuadorian Government decided to stop granting him asylum in their London embassy, exposed him to “the risk of serious human rights violations”, if extradited to the United States.

Special Rapporteur on extra-judicial executions, Agnes Callamard, tweeted that in “expelling Assange from the Embassy” and allowing his arrest, it had taken Mr. Assange “one step closer to extradition”. She added that the UK had now arbitrarily-detained the controversial anti-secrecy journalist and campaigner, “possibly endangering his life”.

More on this here. 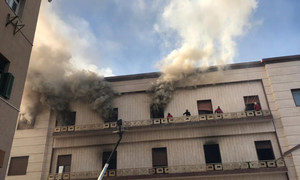 Clashes have reportedly further intensified in southern parts of the Libyan capital, with fighting in the past 24 hours the heaviest since hostilities began in and around Tripoli.

According to humanitarian partners in the country, families who have become stranded in conflict areas, not only fear for their safety but are also starting to run out of supplies, said the UN Spokesperson, Stéphane Dujarric, briefing reporters on Thursday. He stressed that “emergency service providers are operating with great personal risk, with three medical staff reportedly killed and four first responders reportedly injured.”

The World Health Organization (WHO) has deployed emergency medical teams to help hospitals cope with the casualties, and support surgical staff, in collaboration with the country’s Ministry of Health.

“WHO plans to deploy additional emergency teams and supplies, to support first-line responders and has activated contingency stocks which were strategically pre-positioned before the fighting began. The agency is also working with partners to support the medical needs of the displaced and migrants,” said Mr. Dujarric.

According to humanitarian affairs office, OCHA, multiple civilian shelters have been set up in various areas of Tripoli, but at least two have already been evacuated, due to intensifying fighting.

The UN continues to call for an immediate humanitarian truce to allow access for emergency services and the voluntary passage of civilians, away from conflict areas. 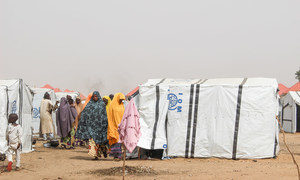 The UN Humanitarian Coordinator in Nigeria, Edward Kallon, has called on the Government of Nigeria to provide urgent humanitarian assistance to 10,000 women, men and children who were forced to relocate to Maiduguri, the capital of Borno State, from a town 40 kilometers away.

The civilians were ordered to leave their homes in Jakana town, in the middle of Monday night by the Nigerian military, without any prior warning.

According to the military, the civilians have been relocated to the Bakassi camp for internally displaced people for security reasons, ahead of planned operations in the area.

“The entire town of Jakana was emptied, and people were forced to move to Maiduguri with very little time to collect personal belongings,” said Mr, Kallon. Some had arrived without even the shoes on their feet, he added.

He said the UN was “urging the government to urgently provide safety, shelter, food, water and medical care to the displaced civilians”, in addition to information about when they will be allowed to return home.

Escalation of fighting in Syria’s Idlib could have ‘catastrophic’ consequences

Mohammed, 16 years old, lives in Al Saberi area in Benghazi. He, his parents and his four siblings fled their home in 2015 during the war. 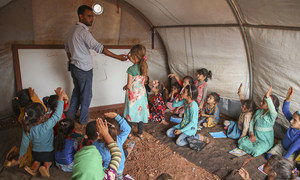 And finally, an update on Syria: amid reports of intensifying clashes, and increased civilian casualties, the UN’s newly appointed humanitarian advisor for the country called for an immediate de-escalation of the ongoing violence on Thursday.

In her first media briefing in Geneva, she said immediate action was required in order to facilitate access for humanitarian aid and offer protection to its civilians.

“The conflict in Syria is now in its ninth year, and massive humanitarian needs persist,” she told journalists, while noting that “active conflict continues in some areas as does the risk of further escalation in Idlib with potentially catastrophic humanitarian consequences.”

Ms. Rochdi stressed that the UN needs around $27 million to sustain the humanitarian response “for the next several months.”