ANGLO AMERICA, MILITARISM, LATIN AMERICA AND THE CARIBBEAN, 6 May 2019

30 Apr 2019 – Erik Prince, the founder of the controversial private security firm Blackwater and a prominent supporter of U.S. President Donald Trump, has been pushing a plan to deploy a private army to help topple Venezuela’s socialist president, Nicolas Maduro, four sources with knowledge of the effort told Reuters. 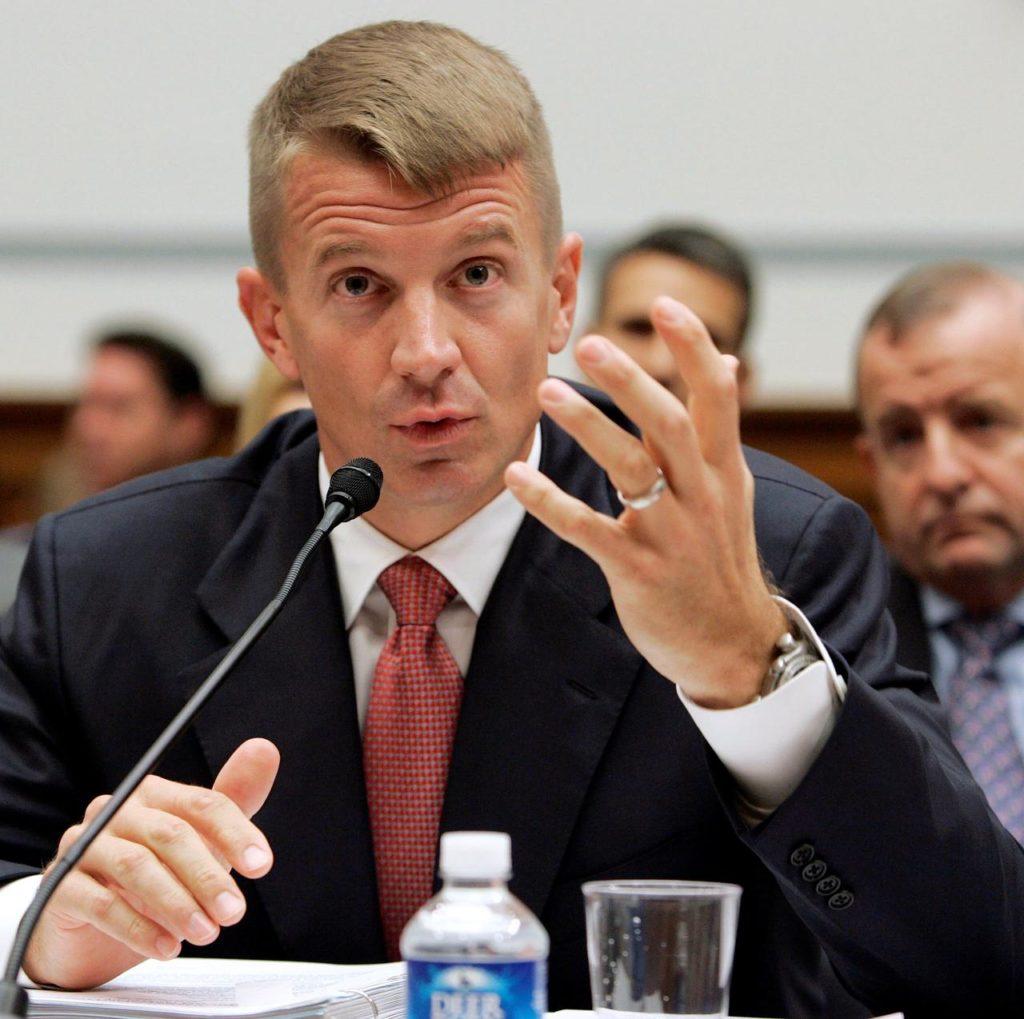 Erik Prince, founder of the Blackwater security firm, testifies before a committee of the U.S. Congress about security contracting in Iraq and Afghanistan on Capitol Hill in Washington, October 2, 2007.
REUTERS/Larry Downing/File Photo

Over the last several months, the sources said, Prince has sought investment and political support for such an operation from influential Trump supporters and wealthy Venezuelan exiles. In private meetings in the United States and Europe, Prince sketched out a plan to field up to 5,000 soldiers-for-hire on behalf of Venezuelan opposition leader Juan Guaidó, according to two sources with direct knowledge of Prince’s pitch.

One source said Prince has conducted meetings about the issue as recently as mid-April.

White House National Security Council spokesman Garrett Marquis declined to comment when asked whether Prince had proposed his plan to the government and whether it would be considered. A person familiar with the administration’s thinking said the White House would not support such a plan.

Venezuela opposition officials have not discussed security operations with Prince, said Guaidó spokesman Edward Rodriguez, who did not answer additional questions from Reuters. The Maduro government did not respond to a request for comment.

Some U.S. and Venezuelan security experts, told of the plan by Reuters, called it politically far-fetched and potentially dangerous because it could set off a civil war. A Venezuelan exile close to the opposition agreed but said private contractors might prove useful, in the event Maduro’s government collapses, by providing security for a new administration in the aftermath.

A spokesman for Prince, Marc Cohen, said this month that Prince “has no plans to operate or implement an operation in Venezuela” and declined to answer further questions.

The two sources with direct knowledge of Prince’s pitch said it calls for starting with intelligence operations and later deploying 4,000 to 5,000 soldiers-for-hire from Colombia and other Latin American nations to conduct combat and stabilization operations.

For Prince, the unlikely gambit represents the latest effort in a long campaign to privatize warfare. The wealthy son of an auto-parts tycoon has fielded private security contractors in conflict zones from Central Asia to Africa to the Middle East.

One of Prince’s key arguments, one source said, is that Venezuela needs what Prince calls a “dynamic event” to break the stalemate that has existed since January, when Guaidó – the head of Venezuela’s National Assembly – declared Maduro’s 2018 re-election illegitimate and invoked the constitution to assume the interim presidency.

Maduro has denounced Guaidó, who has been backed by most western nations, as a U.S. puppet who is seeking to foment a coup. Key government institutions – including the military – have not shifted their loyalty to Guaidó despite increasing international pressure from sanctions imposed by the United States and its allies.

Guaidó has stressed that he wants a peaceful resolution, and Latin American governments recognizing his authority have urged against outside military action. Senior U.S. officials, without ruling out armed intervention, have also emphasized economic and diplomatic measures to pressure Maduro. 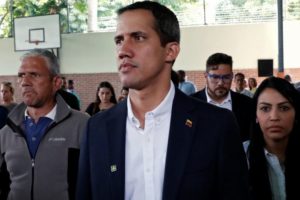 Prince was a pioneer in private military contracting during the Iraq war, when the U.S. government hired Blackwater primarily to provide security for State Department operations there.

Prince renamed the Blackwater security company and sold it in 2010, but he recently opened a company called Blackwater USA, which sells ammunition, silencers and knives. Over the past two years, he has led an unsuccessful campaign to convince the Trump administration to replace U.S. soldiers in Afghanistan with security contractors.

Since 2014, Prince has run the Hong Kong-based Frontier Services Group, which has close ties to the state-owned Chinese investment company CITIC and helps Chinese firms operating in Africa with security, aviation and logistics services.

Prince donated $100,000 to a political action committee that supported Trump’s election. His sister, Betsy DeVos, is the administration’s education secretary.

Prince’s role in Trump’s campaign was highlighted in the report by Special Prosecutor Robert Mueller, released this month, on alleged ties between the Trump campaign and Russian efforts to influence the 2016 presidential election.

The report outlined how Prince financed an effort to authenticate purported Hillary Clinton emails and how in 2016 he met in the Seychelles islands, off east Africa, with a wealthy Russian financial official on behalf of Trump’s presidential transition team.

Prince spokesman Cohen declined to comment on the Mueller report.

The two sources with direct knowledge of Prince’s Venezuela plan said he is seeking $40 million from private investors. He also aims to get funding from the billions of dollars in Venezuelan assets that have been seized by governments around the world imposing sanctions on the OPEC nation, a major oil exporter.

It’s unclear, however, how the Venezuelan opposition could legally access those assets. Prince told people in pitch meetings, the sources said, that he believes that Guaidó has the authority to form his own military force because he has been recognized internationally as Venezuela’s rightful leader.

Prince envisions a force made up of “Peruvians, Ecuadoreans, Colombians, Spanish speakers,” one of the sources said, adding that Prince argued that such soldiers would be more politically palatable than American contractors.