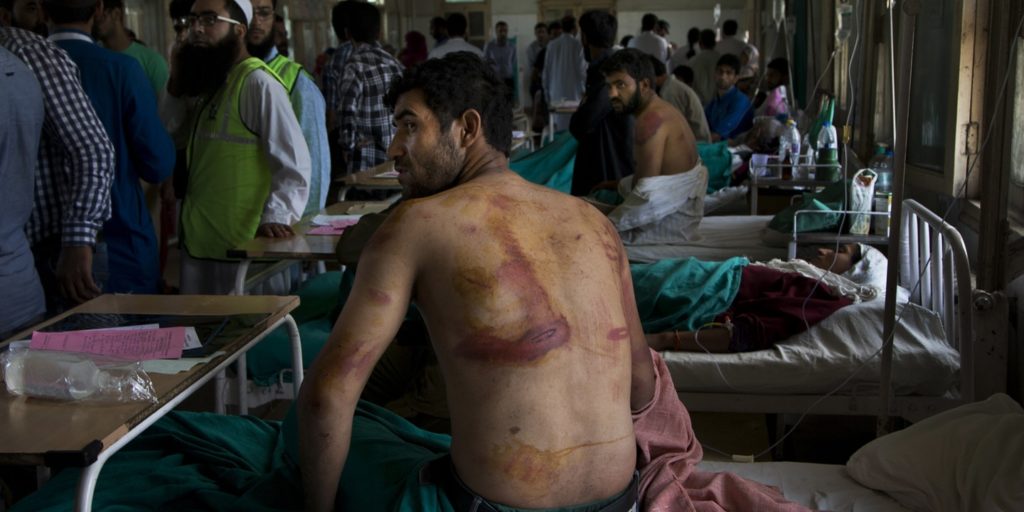 26 May 2019 – A landmark report has accused the Indian government of “systematically and indiscriminately” using torture as a tool to crush an independence movement in the northern state of Kashmir.

The roughly 550-page report, issued last week, documents hundreds of individual cases of torture perpetrated by the Indian military over the last four decades — and not a single prosecution to hold the perpetrators accountable. The conflict in Kashmir dates back to the 1947 Partition of the subcontinent into the separate nations of India and Pakistan, but it escalated following a rigged state election in 1987, giving rise to an armed uprising that continues to this day. As many as 70,000 people have been killed in the conflict.

The report comes the same week as the re-election of Prime Minister Narendra Modi of the Hindu nationalist Bharatiya Janata Party, or BJP. Modi has taken a hard line on Kashmir since coming to power, presiding over an increase of violence and instability in the troubled region.

“They fear reprisals for speaking out, particularly that they will be arrested and tortured again.”

Authored by the Jammu Kashmir Coalition of Civil Society and the Association of Parents of Disappeared Persons, the report alleges that torture has been systematically used as a tool of military rule, describing it as “a tactic employed to break people’s will.” The report collected over 430 individual testimonies of people who have been subjected to torture in Indian military custody, including beatings, electrocution, rape, cutting with sharp implements, burning with metal rods, and the use of prolonged solitary confinement.

“Torture is an ongoing issue in Kashmir, but the reality is that most cases are not even reported,” said Shazia Ahad, a Kashmiri human rights activist and co-author of the report. “Our report looks at cases of torture going back several decades. It was more difficult, however, to talk to people who had been tortured recently, because these people are under constant surveillance. They fear reprisals for speaking out, particularly that they will be arrested and tortured again.”

Ahad emphasized the degree to which torture has become an integral part of the Indian military establishment’s method of controlling Kashmir, where there are currently about 750,000 soldiers present amid a population of roughly 12 million. This March, a 28-year-old schoolteacher, Rizwan Asad Pandit, died in government custody after allegedly suffering torture in detention.

“These are not cases of individual soldiers who went berserk and tortured detainees; torture is systematically used in Kashmir,” said Ahad. “We have seen army officers and even paramilitaries accused of gross human rights violations be given medals and promotions. The government is condoning their acts. That must stop and there must be accountability for the ongoing use of torture against Kashmiris.”

The report gives a harrowing account of the human impact of Indian military policies in Kashmir. Across hundreds of testimonials, individual Kashmiris describe the treatment that they suffered at the hands of Indian military, police, and paramilitary forces. Rather than interrogation for the purpose of intelligence-gathering, treatment of detainees in Indian custody often appears to be motivated by something closer to sadism. 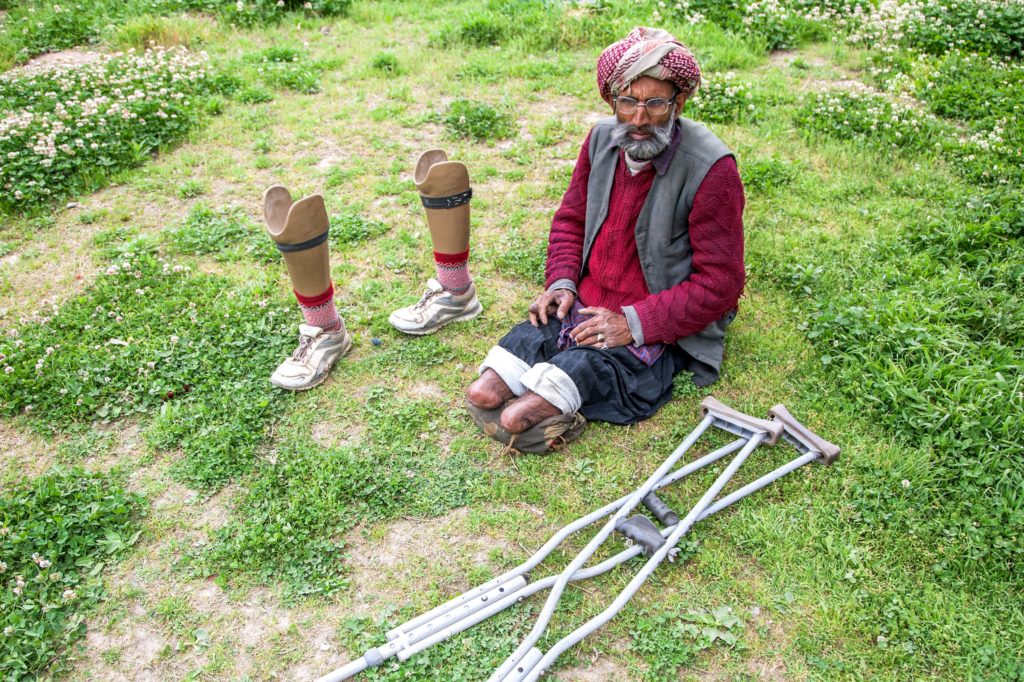 One particular case stands out as emblematic. In 1992, a shepherd named Qalandar Khatana was detained by Indian authorities and accused of acting as a guide for militants crossing the border from Pakistan. The report states that he was tortured continuously over an extended period, before being transferred to the notorious Papa II detention facility in Srinagar, where during interrogation “flesh was cut from his buttocks and other soft tissues and he was forced to eat it.” Indian interrogators broke Khatana’s legs and denied him medical treatment, causing his legs to become infected with maggots. They were later amputated. Khatana’s wife was also severely tortured in detention, leading to her death a few years later. Khatana has since devoted his life to advocating for the human rights of Kashmiris.

“For the Indian government, the best response to allegations of human rights abuses is no response, because they have nothing to say. Their hope is that if they simply ignore the allegations and refuse to cooperate over time, they will go away,” said Parvez Imroz, a Kashmiri human rights lawyer and co-author of the report. “We have tens of thousands of torture survivors living today in Kashmir. This report is just the tip of the iceberg. Kashmir is an underreported issue internationally; we need the international community to take note of what is going on here and pressure the Indian government to stop these abuses.”