For the past 40 years, the United States and other advanced economies have been pursuing a free-market agenda of low taxes, deregulation, and cuts to social programs. There can no longer be any doubt that this approach has failed spectacularly; the only question is what will – and should – come next. 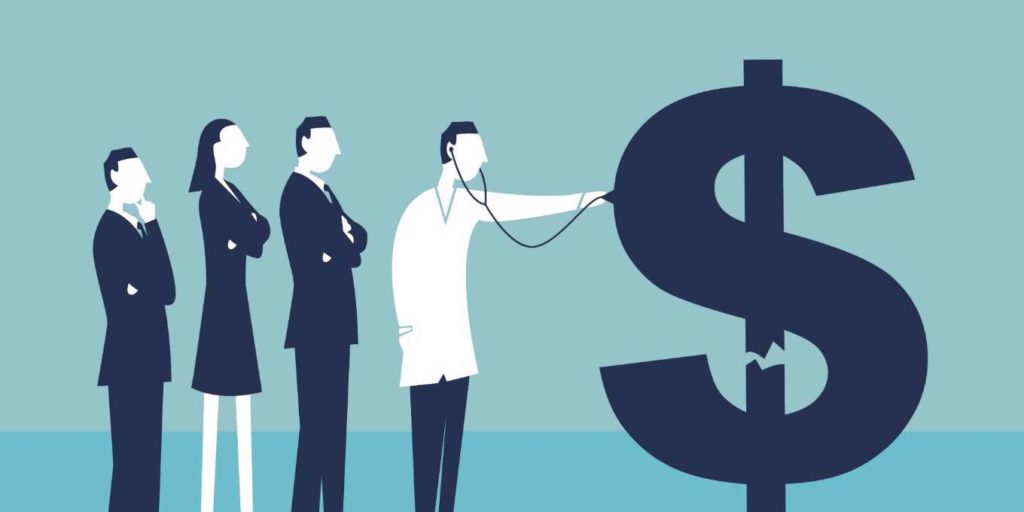 30 May 2019 – What kind of economic system is most conducive to human wellbeing? That question has come to define the current era, because, after 40 years of neoliberalism in the United States and other advanced economies, we know what doesn’t work.

The neoliberal experiment – lower taxes on the rich, deregulation of labor and product markets, financialization, and globalization – has been a spectacular failure. Growth is lower than it was in the quarter-century after World War II, and most of it has accrued to the very top of the income scale. After decades of stagnant or even falling incomes for those below them, neoliberalism must be pronounced dead and buried.

Vying to succeed it are at least three major political alternatives: far-right nationalism, center-left reformism, and the progressive left (with the center-right representing the neoliberal failure). And yet, with the exception of the progressive left, these alternatives remain beholden to some form of the ideology that has (or should have) expired.

The center-left, for example, represents neoliberalism with a human face. Its goal is to bring the policies of former US President Bill Clinton and former British Prime Minister Tony Blair into the twenty-first century, making only slight revisions to the prevailing modes of financialization and globalization. Meanwhile, the nationalist right disowns globalization, blaming migrants and foreigners for all of today’s problems. Yet as Donald Trump’s presidency has shown, it is no less committed – at least in its American variant – to tax cuts for the rich, deregulation, and shrinking or eliminating social programs.

By contrast, the third camp advocates what I call progressive capitalism, which prescribes a radically different economic agenda, based on four priorities. The first is to restore the balance between markets, the state, and civil society. Slow economic growth, rising inequality, financial instability, and environmental degradation are problems born of the market, and thus cannot and will not be overcome by the market on its own. Governments have a duty to limit and shape markets through environmental, health, occupational-safety, and other types of regulation. It is also the government’s job to do what the market cannot or will not do, like actively investing in basic research, technology, education, and the health of its constituents.

The second priority is to recognize that the “wealth of nations” is the result of scientific inquiry – learning about the world around us – and social organization that allows large groups of people to work together for the common good. Markets still have a crucial role to play in facilitating social cooperation, but they serve this purpose only if they are governed by the rule of law and subject to democratic checks. Otherwise, individuals can get rich by exploiting others, extracting wealth through rent-seeking rather than creating wealth through genuine ingenuity. Many of today’s wealthy took the exploitation route to get where they are. They have been well served by Trump’s policies, which have encouraged rent-seeking while destroying the underlying sources of wealth creation. Progressive capitalism seeks to do precisely the opposite.

This brings us to the third priority: addressing the growing problem of concentrated market power. By exploiting information advantages, buying up potential competitors, and creating entry barriers, dominant firms are able to engage in large-scale rent-seeking to the detriment of everyone else. The rise in corporate market power, combined with the decline in workers’ bargaining power, goes a long way toward explaining why inequality is so high and growth so tepid. Unless government takes a more active role than neoliberalism prescribes, these problems will likely become much worse, owing to advances in robotization and artificial intelligence.

The fourth key item on the progressive agenda is to sever the link between economic power and political influence. Economic power and political influence are mutually reinforcing and self-perpetuating, especially where, as in the US, wealthy individuals and corporations may spend without limit in elections. As the US moves ever closer to a fundamentally undemocratic system of “one dollar, one vote,” the system of checks and balances so necessary for democracy likely cannot hold: nothing will be able to constrain the power of the wealthy. This is not just a moral and political problem: economies with less inequality actually perform better. Progressive-capitalist reforms thus have to begin by curtailing the influence of money in politics and reducing wealth inequality.

There is no magic bullet that can reverse the damage done by decades of neoliberalism. But a comprehensive agenda along the lines sketched above absolutely can. Much will depend on whether reformers are as resolute in combating problems like excessive market power and inequality as the private sector is in creating them.

A comprehensive agenda must focus on education, research, and the other true sources of wealth. It must protect the environment and fight climate change with the same vigilance as the Green New Dealers in the US and Extinction Rebellion in the United Kingdom. And it must provide public programs to ensure that no citizen is denied the basic requisites of a decent life. These include economic security, access to work and a living wage, health care and adequate housing, a secure retirement, and a quality education for one’s children.

This agenda is eminently affordable; in fact, we cannot afford not to enact it. The alternatives offered by nationalists and neoliberals would guarantee more stagnation, inequality, environmental degradation, and political acrimony, potentially leading to outcomes we do not even want to imagine.

Progressive capitalism is not an oxymoron. Rather, it is the most viable and vibrant alternative to an ideology that has clearly failed. As such, it represents the best chance we have of escaping our current economic and political malaise.

One Response to “After Neoliberalism”