Before the High Court of Australia: The Case of [Nobel Peace Laureate] Aung San Suu Kyi 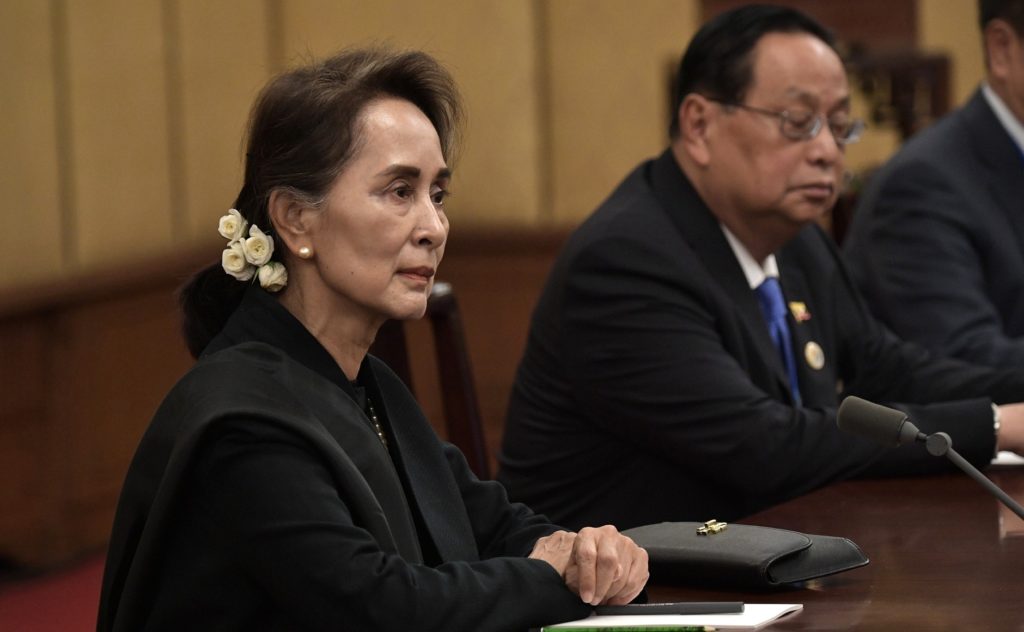 10 Jun 2019 – In March 2018, the Attorney-General of Australia refused to consent to a private prosecution against Aung San Suu Kyi for crimes against humanity. This month, the High Court of Australia will hear a petition seeking review of this decision.

On 16 March 2018, on behalf of members of the Australian Rohingya community, a private prosecution application was filed in Melbourne’s Magistrates’ Court laying an indictment for crimes against humanity offences in the Commonwealth Criminal Code against Aung San Suu Kyi who was visiting Australia for the joint Australian-ASEAN (Association of Southeast Asian Nations) summit held in Sydney.

The case is initiated by a solicitor, Daniel Taylor, acting on behalf of members of the Australian Rohingya community. The complaint alleged the crime against humanity of deportation or forcible transfer of the Rohingya population and “…that Ms Suu Kyi has failed to use her position of authority and power, and, as such, has permitted the Myanmar security forces to deport and forcibly remove Rohingya from their homes.”

Private prosecutions and the AG’s consent

For the offences contained in the Rome Statute – codified in Division 268 of the Criminal Code and which are therefore criminal offences against the Australian Commonwealth – prosecutions can only be made in the name of, and with the consent of the Attorney-General (see section 268.121). However, subsection 268.121(3) does allow for a person to be arrested or charged before the necessary consent has been given.

The plaintiff in this case thus sought the consent of the Attorney-General to carry on the prosecution of Suu Kyi that he first initiated. According to a Freedom of Information request lodged by this author last year, since the codification of the offences of the Rome Statute into the Criminal Code in 2002, there have only been three requests made to the Attorney-General to give consent to prosecute. Of those three requests only two private prosecutions were initiated: the first was for then President of Sri Lanka, Mahinda Rajapaksa, making the private prosecution initiated against Suu Kyi the second.

In a press release issued on 17 March 2018, Attorney-General Christian Porter set out his decision to decline to give consent stating:

Aung San Suu Kyi has complete immunity, including from being served with court documents because under customary international law, heads of state, heads of government and ministers of foreign affairs are immune from foreign criminal proceedings and are inviolable – they cannot be arrested, detained, or served with court proceedings.

It might have been observed that there was a procedural hurdle in initiating the case with respect to questions of immunity, given Suu Kyi is an incumbent Foreign Minister; however the plaintiff has instead sought review of the decision to refuse to give consent, challenging the issue of immunity and in doing so raising a number of other grounds. The legislative scheme implementing the offences of the Rome Statute into Australian law does not allow for judicial review of decisions made by the Attorney-General, under the Administrative Decisions (Judicial Review) Act 1977 (Cth), leaving the plaintiff to invoke the High Court’s original jurisdiction under s 75(v) of the Australian Constitution.

One particularly concerning submission made by the Attorney-General, albeit made in passing, suggests that private individuals are excluded from bringing private prosecutions under the legislative scheme, a position that is inconsistent with the advice of the Attorney-General’s Department on this point. The plaintiff’s submissions in reply correctly refutes this submission from the Attorney-General. Regardless of the challenges in this case, it is hoped that the Court will at the very least reject this specific submission.

The case has only had three short preliminary hearings, held in October and November 2018 and March this year. The submissions show the grounds relied on by the plaintiff. First, the plaintiff argues that the decision of the Attorney-General is reviewable. Second, he contends that Suu Kyi has no immunity. And third he raises a ground of procedural fairness – arguing that he should have been afforded a right of reply before the decision was made to refuse to give consent. These other grounds are important and raise broader legal questions particularly in relation to administrative decision making.

In relation to the issue of immunity, there were submissions relating to the tensions in the Rome Statute in articles 27 and 98. The plaintiff raises the question of whether article 27 applies with respect to prosecution in domestic national courts, as opposed to the jurisdiction of the ICC. It may be that there has been a misinterpretation of the objects and purposes of the legislation which implemented the obligations Australia must undertake in cooperating with requests by the ICC under the Rome Statute and the separate legislation incorporating the crimes as offences of the Commonwealth, which I will briefly introduce below.

The International Criminal Court Act 2002 (Cth) was enacted to give effect to Australia’s obligations under the Rome Statute. It attached the Rome Statute to Schedule 1 of the Act. Section 3(1) of this Act provides that its principal purpose is to “facilitate compliance with Australia’s obligations under the Statute,” and in a Note to section 3 provides that the crimes within the jurisdiction of the ICC are set out as crimes in Australia in Division 268 of the Criminal Code.

By contrast the International Criminal Court (Consequential Amendments) Act 2002 (Cth) is the implementing legislation which amended the Criminal Code Act 1995 (Cth) and gives effect to the primacy of Australian jurisdiction to prosecute the offences of the Rome Statute. The Criminal Code is attached to Schedule 1 of the Criminal Code Act. This amendment created a new Chapter 8 in the Code and the Rome Statute offences and other relevant provisions can be found in Division 268. In addition, the implementing legislation does not contain residence or other requirements, giving effect to absolute universality of jurisdiction.

These two implementing statutes are distinct pieces of legislation. In what way they are related will be an interesting question for the High Court.  The case may also present an important opportunity to test the broad discretionary power of the Attorney-General, which has been the subject of recommendations for change: recently from a report of the Human Rights Law Centre, as well as a recommendation made by this author, looking at ways this broad discretion can be changed, limited or be subject to judicial review. The case raises interesting questions on a number of questions on the intersections of international law, administrative law and domestic practice and procedure.

Rawan Arraf is an Australian lawyer and founder and director of the Australian Centre for International Justice. This post represents the personal view of the author and does not necessarily reflect the views of the Australian Centre for International Justice. ACIJ is not associated with the litigation mentioned in this post but volunteered to provide research assistance to the plaintiff’s legal team limited to a specific legal issue.