Kenneth Rogoff’s criticism of Modern Monetary Theory assumes that MMT advocates don’t care about budget deficits or the independence of the US Federal Reserve. But these assumptions are wide off the mark, and Rogoff himself sometimes undermines his own arguments. 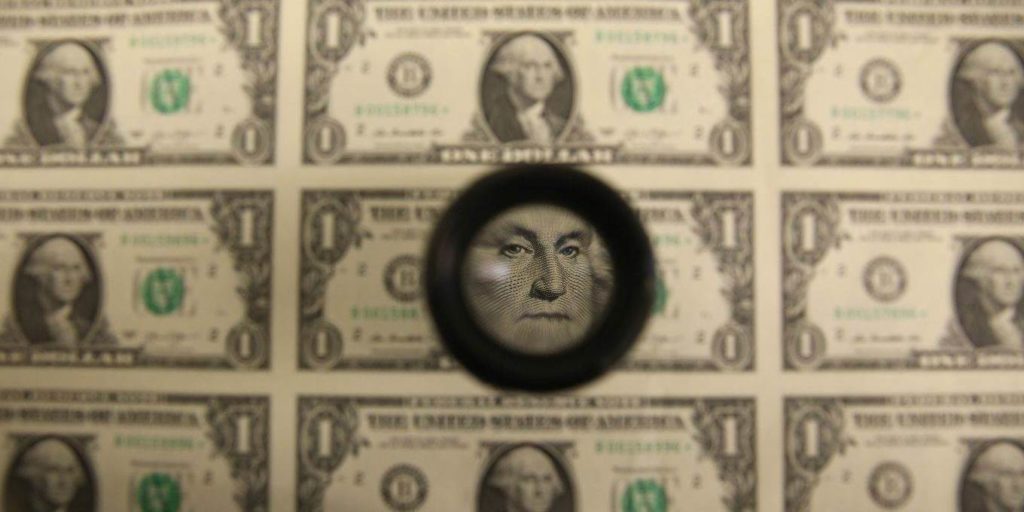 15 Mar 2019 – Is Modern Monetary Theory (MMT) a potential boon to economic policymakers, or, as Harvard’s Kenneth Rogoff recently argued, a threat to “the entire global financial system” and the front line of the “next battle for central-bank independence”? For Rogoff, the threat seems to stem partly from the fear that MMT adherents may come to power in the United States in the 2020 elections. But he also makes several substantive arguments, common to many critics of the MMT movement.

First, there is the claim that, as Rogoff puts it, MMT is all about “using the [US Federal Reserve’s] balance sheet as a cash cow to fund expansive new social programs.” Second, Rogoff and other MMT opponents strongly reject the idea that, quoting Fed Chair Jerome Powell, “deficits don’t matter for countries that can borrow in their own currency.”

Yet, as Rogoff admits, “the Fed itself is responsible for … confusion surrounding the use of its balance sheet.” Indeed, while Rogoff decries the Fed’s “quantitative easing” – involving the purchase of trillions of dollars in public (and private) debt after the financial crisis – his argument is that QE didn’t really work, not that it was destabilizing or inflationary. He sees no threat to the global financial system in that experiment.

Similarly, despite his full-throated backing of Powell on deficits, Rogoff reverts to cautious realism about the US national debt. As he points out, today’s long-term real interest rates are “about half their 2010 level, far below what markets were predicting back then.” And he acknowledges that inflation has remained lower than “virtually any economic model would have predicted,” while “the US dollar has become increasingly dominant in global trade and finance.” Perhaps the US budget deficit is not an immediate cause for panic after all?

MMT is not, as its opponents seem to think, primarily a set of policy ideas. Rather, it is essentially a description of how a modern credit economy actually works – how money is created and destroyed, by governments and by banks, and how financial markets function. Nor is MMT new: it is based on the work of John Maynard Keynes, whose A Treatise on Money pointed out back in 1930 that “modern States” have functioned this way for thousands of years.

From this description, certain straightforward facts flow. Governments create money by spending and extinguish it via taxation. It follows, therefore, that a large country, borrowing in its own currency, cannot be forced into default. That is why the US is not Greece, and cannot become Venezuela or Zimbabwe.

Does this mean that “deficits don’t matter”? I know of no MMT adherent who has made such a claim. MMT acknowledges that policy can be too expansionary and push past resource constraints, causing inflation and exchange-rate depreciation – which may or may not be desirable. (Hyperinflation, on the other hand, is a bogeyman, which some MMT critics deploy as a scare tactic.)

But the issue with budget deficits isn’t interest rates, which remain under government control. Nor is it the possible crowding out of private investment, which assumes that the pool of finance is fixed. The issue is real resources. Here, MMT’s proposed job guarantee would keep real resource use exactly at the level required for full employment – not less, but also not more.

What about the fraught topic of central-bank independence? Rogoff sees the political threat to the Fed as a very serious issue. But to describe the Fed as having a “parent company, the US Treasury Department” creates a misleading impression of the actual relationship between the Fed and the government as a whole.

The 1913 Federal Reserve Act gave the new central bank’s leaders long terms in office, and therefore independence from the executive branch (of which the Treasury Department is a part). They do not serve – as Treasury secretaries do – at the pleasure of the president. The Fed is also self-financing, which gives it independence as well from the Office of Management and Budget in the White House.

But the Fed is not and never has been independent of the US Congress. It is created by statute and subject to regular congressional oversight, codified by the 1978 Humphrey-Hawkins Act, which specified the Fed’s famous “dual mandate” of price stability and full employment. (As a young staff member of the House Banking Committee at the time, I drafted the monetary-policy provisions of that law and supervised the hearings.)

True, Congress exercises this oversight power loosely and with considerable deference. At least formally, though, the Fed is – and always has been – subject to congressional instruction.

And MMT is not about Congress ordering the Fed to use its “balance sheet as a cash cow.” Rather, it is about understanding how monetary operations actually work, how interest rates are set, and what economic powers the US government has. This, in turn, requires recognizing that the dual mandate is not a collection of empty words, but something that can – and should – be pursued on a regular and sustained basis.

There are practical, straightforward, and realistic ways for policymakers to meet this mandate. Implementing them would strengthen the country, not bankrupt it. And, contrary to opponents’ fears, global investors would not flee in terror from US government bonds and the US dollar.