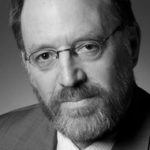 21 Nov 2021 – The supply disruptions plaguing the US economy are not the result of “excessive demand,” “central planning,” or a lack of efficiency. Rather, it is that a logistics ecosystem that was developed to feed the beast of American consumption was not designed for a pandemic.

Is Modern Monetary Theory (MMT) a potential boon to economic policymakers, or, as Harvard’s Kenneth Rogoff recently argued, a threat to “the entire global financial system” and the front line of the “next battle for central-bank independence”?

Greece: Only the “No” Can Save Europe
James K. Galbraith – TRANSCEND Media Service, 6 Jul 2015

Alexis Tsipras stated it correctly. Greece won a battle and the war continues. But the political sea-change that SYRIZA’s victory has sparked goes on. Greece has already changed; there is a spirit and dignity in Athens that was not there six months ago. Soon enough, new fronts will open in Spain, then perhaps Ireland, and later Portugal, all of which have elections coming.

Capital in the Twenty-First Century is a weighty book, replete with good information on the flows of income, transfers of wealth, and the distribution of financial resources. Piketty rightly argues that good economics must begin—or at least include—a meticulous examination of the facts.

Why the ‘Experts’ Failed to See How Financial Fraud Collapsed the Economy
James K. Galbraith - AlterNet, 17 May 2010

I write to you from a disgraced profession. Economic theory, as widely taught since the 1980s, failed miserably to understand the forces behind the financial crisis.