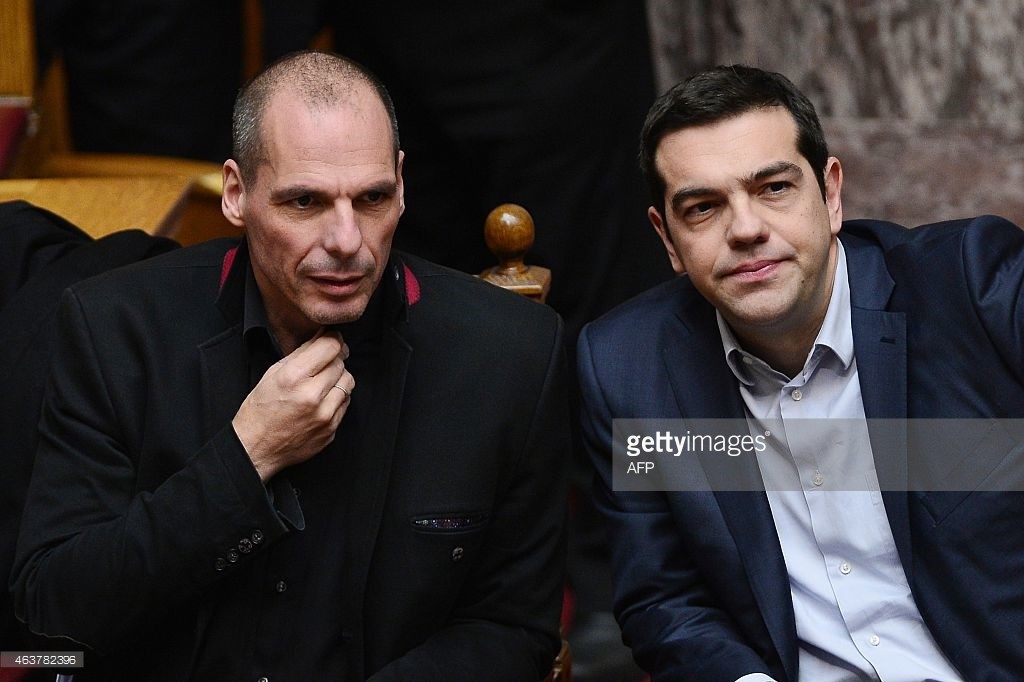 On Friday [20 Feb 2015] as news of the Brussels deal came through, Germany claimed victory and it is no surprise that most of the working press bought the claim. They have high authorities to quote and to rely on. Thus from London The Independent reported:

several analysts agreed that the results of the talks amounted to a humiliating defeat for Greece.

No details followed, the analysts were unnamed, and their affiliations went unstated – although further down two were quoted and both work for banks. Many similar examples could be given, from both sides of the Atlantic.

The New Yorker is another matter. It is an independent magazine, with a high reputation, written for a detached audience. And John Cassidy is an analytical reporter. Readers are inclined to take him seriously and when he gets something wrong, it matters. Cassidy’s analysis appeared under the headline, “How Greece Got Outmaneuvered” and his lead paragraph contains this sentence:

Greece’s new left-wing Syriza government had been telling everyone for weeks that it wouldn’t agree to extend the bailout, and that it wanted a new loan agreement that freed its hands, which marks the deal as a capitulation by Syriza and a victory for Germany and the rest of the E.U. establishment.

In fact, there was never any chance for a loan agreement that would have wholly freed Greece’s hands. Loan agreements come with conditions. The only choices were an agreement with conditions, or no agreement and no conditions. The choice had to be made by February 28, beyond which date ECB support for the Greek banks would end. No agreement would have meant capital controls, or else bank failures, debt default, and early exit from the Euro. SYRIZA was not elected to take Greece out of Europe. Hence, in order to meet electoral commitments, the relationship between Athens and Europe had to be “extended” in some way acceptable to both.

But extend what, exactly? There were two phrases at play, and neither was the vague “extend the bailout.” The phrase “extend the current programme” appeared in troika documents, implying acceptance of the existing terms and conditions. To the Greeks this was unacceptable, but the technically-more-correct “extend the loan agreement” was less problematic. The final document extends the “Master Financial Assistance Facility Agreement” which was better still. The MFFA is “underpinned by a set of commitments” but these are – technically – distinct. In short, the MFFA is extended but the commitments are to be reviewed.

Also there was the lovely word “arrangement” – which the Greek team spotted in a draft communiqué offered by Eurogroup President Jeroen Dijsselbloem on Monday afternoon and proceeded to deploy with abandon. The Friday document is a masterpiece in this respect:

The purpose of the extension is the successful completion of the review on the basis of the conditions in the current arrangement, making best use of the given flexibility which will be considered jointly with the Greek authorities and the institutions. This extension would also bridge the time for discussions on a possible follow-up arrangement between the Eurogroup, the institutions and Greece. The Greek authorities will present a first list of reform measures, based on the current arrangement, by the end of Monday February 23. The institutions will provide a first view whether this is sufficiently comprehensive to be a valid starting point for a successful conclusion of the review.

If you think you can find an unwavering commitment to the exact terms and conditions of the “current programme” in that language, good luck to you. It isn’t there. So, no, the troika can’t come to Athens and complain about the rehiring of cleaning ladies.

To understand the issues actually at stake between Greece and Europe, you have to dig a little into the infamous “Memorandum of Understanding” signed by the previous Greek governments. A first point: not everything in that paper is unreasonable. Much merely reflects EU laws and regulations. Provisions relating to tax administration, tax evasion, corruption, and modernization of public administration are, broadly, good policy and supported by SYRIZA. So it was not difficult for the new Greek government to state adherence to “seventy percent” of the memorandum.

The remaining “thirty percent” fell mainly into three areas: fiscal targets, fire-sale privatizations and labor-law changes. The fiscal target of a 4.5 percent “primary surplus” was a dog as everyone would admit in private. The new government does not oppose privatizations per se; it opposes those that set up price-gouging private monopolies and it opposes fire sales that fail to bring in much money. Labor law reform is a more basic disagreement – but the position of the Greek government is in line with ILO standards, and that of the “programme” was not. These matters will now be discussed. The fiscal target is now history, and the Greeks agreed to refrain from “unilateral” measures only for the four-month period during which they will be seeking agreement.

Cassidy acknowledges some of this, but then minimizes it, with the comment that the deal “seems to rule out any large-scale embrace of Keynesian stimulus policies.” In what document does any such promise exist? There is no money in Greece; the government is bankrupt. Large-scale Keynesian policies were never on the table as they would necessarily imply exit – an expansionary policy in a new currency, with all the usual dangers. Inside the Euro, investment funds have to come from better tax collection, or from the outside, including private investors and the European Investment Bank. Cassidy’s comment seems to have been pulled from the air.

Another distant fantasy is the notion that the SYRIZA team was “giddy” with political success, which had come “practically out of nowhere.” Actually SYRIZA knew for months that if it could force an election last December, it would win. And I was there on Sunday night, February 8, when Prime Minister Alexis Tsipras opened Parliament with his version of the State of the Union. Tsipras doesn’t do giddy. And Yanis Varoufakis’s first words to me on arrival at the finance ministry just before we went over to hear him were these: “Welcome to the poisoned chalice.”

Turning to the diplomatic exchanges, Cassidy concludes that Tsipras and Varoufakis “overplayed their hand.” An observer on the scene would have noticed that the Greek government remained united; initial efforts to marginalize Varoufakis were made and rebuffed. Then as talks proceeded, European Commission leaders Jean-Claude Juncker and Pierre Moscovici went off-reservation to be helpful, offering a constructive draft on Monday. Other governments softened their line. At the end-game, remarkably, it was the German government that split – in public – with Vice Chancellor Sigmar Gabriel calling the Greek letter a basis for negotiation after Finance Minister Wolfgang Schäuble said it wasn’t. And that set up Chancellor Angela Merkel to make a mood-changing call to Alexis Tsipras. Possibly the maneuver was choreographed. But still, it was Schäuble who took a step back in the end. It seems that none of these facts caught Cassidy’s attention.

Finally, in the run-up to these talks did the Greek side fail to realize that they had no leverage, giving – as Cassidy writes – all the advantages to Schäuble once “he realized that Varoufakis couldn’t play the Grexit card”?   In truth the Greeks never had any intention of playing any cards, nor of bluffing, as Varoufakis wrote in The New York Times and as I had written two days after the election, in Social Europe:

What leverage does Greece have? Obviously, not much; the heavy weapons are on the other side. But there is something. Prime Minister Tsipras and his team can present the case of reason without threats of any kind. Then the right and moral gesture on the other side would be to … grant fiscal space and to guarantee Greek financial stability while talks are underway. If that happens, then proper negotiations can proceed.

That appears to be what happened. And it happened for the reason given in my essay: in the end, Chancellor Merkel preferred not to be the leader responsible for the fragmentation of Europe.

Alexis Tsipras stated it correctly. Greece won a battle – perhaps a skirmish – and the war continues. But the political sea-change that SYRIZA’s victory has sparked goes on. From a psychological standpoint, Greece has already changed; there is a spirit and dignity in Athens that was not there six months ago. Soon enough, new fronts will open in Spain, then perhaps Ireland, and later Portugal, all of which have elections coming. It is not likely that the government in Greece will collapse, or yield, in the talks ahead, and over time the scope of maneuver gained in this first skirmish will become more clear. In a year the political landscape of Europe may be quite different from what it appears to be today.

Economist James K. Galbraith is currently a professor at the Lyndon B. Johnson School of Public Affairs and at the Department of Government, University of Texas at Austin. He is the author of The Predator State: How Conservatives Abandoned the Free Market and Why Liberals Should Too.