The Thought Police Are Coming 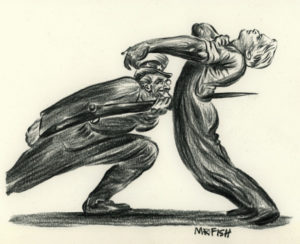 Chris Hedges gave this talk Tuesday, June 11, at an event held in London in support of Julian Assange.

Ask the man and his two young daughters who saw their wife and mother shot to death and were themselves wounded in a car fired upon by U.S. Marines in Fallujah on July 22, 2005, what they think of Julian Assange.

Ask the parents of Huda Haleem, an 18-year-old girl, and Raghad Muhamad Haleem, a 5-year-old boy, shot dead by U.S. soldiers on June 2, 2006, in Iraq’s Diyala province what they think of Julian Assange.

Ask the parents of the 15-year-old boy choked with a wire and then shot to death by U.S. Marines in Ramadi on Aug. 10, 2006, what they think of Julian Assange.

Ask the relatives of Ahmed Salam Mohammad, who was shot dead on Nov. 27, 2006, when U.S. troops attacked a wedding party near Mosul, an attack that also left four wounded, what they think of Julian Assange.

Ask the families of the over one dozen people shot to death with .50-caliber machine guns by bantering U.S. Apache helicopter crews in east Baghdad in July 2007—the crew members can be heard laughing at the “dead bastards” and saying “light ’em up” and “keep shooting, keep shooting”—a massacre that included two journalists for Reuters—Namir Noor-Eldeen and Saeed Chmagh—what they think of Julian Assange. Ask the then 10-year-old Sajad Mutashar and his 5-year-old sister, Doaha, both wounded, whose 43-year-old father, Saleh, was shot to death from the air as he attempted to assist one of the wounded men in the Baghdad street what they think of Julian Assange.

There is nothing like the boot of the oppressor on your neck to give you moral clarity.

None of these war crimes, and hundreds more reported to the U.S. military but never investigated, would have been made public without Julian, Chelsea Manning and WikiLeaks. That is the role of journalists—to give a voice to those who without us would have no voice, to hold the powerful to account, to give the forgotten and the demonized justice, to speak the truth. 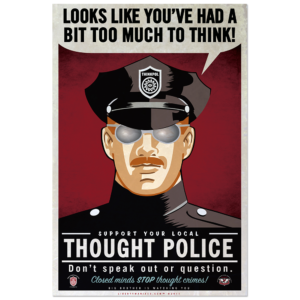 We have watched over the last decade as freedom of the press and legal protection for those who expose government abuses and lies have been obliterated by wholesale government surveillance and the criminalizing of the leaking and, with Julian’s persecution, publication of these secrets. The press has been largely emasculated in the United States. The repeated use of the Espionage Act, especially under the Obama administration, to charge and sentence whistleblowers has shut down our ability to shine a light into the inner workings of power and empire. Governmental officials with a conscience, knowing all of their communications are monitored, captured and stored by intelligence agencies, are too frightened to reach out to reporters. The last line of defense lies with those with the skills that allow them to burrow into the records of the security and surveillance state and with the courage to make them public, such as Edward Snowden, Chelsea Manning and Jeremy Hammond, now serving a 10-year prison term in the United States for hacking into the Texas-based private security firm Strategic Forecasting Inc., or Stratfor. The price of resistance is high not only for them, but for those such as Julian willing to publish this information. As Sarah Harrison has pointed out: “This is our data, our information, our history. We must fight to own it.”

Even if Julian were odious, which he is not, even if he carried out a sexual offense, which he did not, even if he was a poor houseguest—a bizarre term for a man trapped in a small room for nearly seven years under house arrest—which he was not, it would make no difference. Julian is not being persecuted for his vices. He is being persecuted for his virtues.

His arrest eviscerates all pretense of the rule of law and the rights of a free press. The illegalities carried by the Ecuadorian, British and U.S. governments in the seizure of Julian two months ago from the Ecuadorian Embassy in London are ominous. They presage a world where the internal workings, abuses, corruption, lies and crimes, especially war crimes, carried out by the global ruling elite will be masked from the public. They presage a world where those with the courage and integrity to expose the misuse of power, no matter what their nationality, will be hunted down around the globe and seized, tortured, subjected to sham trials and given lifetime prison terms. They presage an Orwellian dystopia where journalism is outlawed and replaced with propaganda, trivia, entertainment and indoctrination to make us hate those demonized by the state as our enemies.

The arrest of Julian marks the official beginning of the corporate totalitarianism and constant state surveillance, now far advanced in China, that will soon define our lives. The destruction of all protection of the rule of law, which is what we are witnessing, is essential to establishing an authoritarian or totalitarian state.

The BBC China correspondent Stephen McDonell was locked out of WeChat in China a few days ago after posting photos of the candlelight vigil in Hong Kong marking 30 years since student protesters in Beijing’s Tiananmen Square were gunned down by Chinese soldiers in June 1989.

“Chinese friends started asking on WeChat what the event was?” he wrote. “Why were people gathering? Where was it? That such questions were coming from young professionals here shows the extent to which knowledge of Tiananmen 1989 has been made to disappear in China. I answered a few of them, rather cryptically, then suddenly I was locked out of WeChat.”

In order to get back on WeChat he had to agree that he was responsible for spreading “malicious rumors” and provide what is called a faceprint.

“I was instructed to hold my phone up—to ‘face front camera straight on’—looking directly at the image of a human head. Then told to ‘Read numbers aloud in Mandarin Chinese.’ My voice was captured by the App at the same time it scanned my face.”

Governmental abuse of WeChat, he wrote, “could deliver to the Communist Party a life map of pretty much everybody in this country, citizens and foreigners alike. Capturing the face and voice image of everyone who was suspended for mentioning the Tiananmen crackdown anniversary in recent days would be considered very useful for those who want to monitor anyone who might potentially cause problems.”

This is almost certainly our future, and it is a future that Julian has fought courageously to prevent.

In another sign the noose is tightening, the offices of the Australian Broadcasting Corp., the country’s national broadcaster, were raided by federal police last Wednesday. The raid was carried out because the broadcaster had disclosed detailed accounts of Australian special forces in Afghanistan killing unarmed people, including children. That story was generated, in part, by a leak of hundreds of classified military documents. The police raid and search through raw footage and thousands of files, emails and internal documents appear to be part of a hunt for the source, who will, no doubt, be arrested and imprisoned.

The psychological torture of Julian—documented by the United Nations special rapporteur on torture and ill treatment, Nils Melzer—mirrors the breaking of the dissident Winston Smith at the end of the novel “1984.” It is said the Gestapo broke bones and the East German Stasi secret police broke souls. Today, we too have refined the cruder forms of torture of the Gestapo. We break souls as well as bodies. It is more effective. This is why Julian, his physical and psychological health in serious decline, has been moved to a prison hospital. We can all be taken to George Orwell’s dreaded Room 101 to be made compliant and harmless. These “special administrative measures”—and you can be sure there are American intelligence operatives here assisting the British in the psychological torture of Julian—have destroyed thousands of detainees in black sites around the globe. These techniques, including prolonged solitary confinement, are the staple form of control in maximum-security prisons in the United States, where the corporate state makes war on its most oppressed and politically astute underclass—African Americans.

There has been a coordinated smear campaign against Julian by our Thought Police, one that is amplified by the very media organizations that published WikiLeaks material. The campaign was detailed in a leaked Pentagon document prepared by the Cyber Counterintelligence Assessments Branch and dated March 8, 2008. The document called for eradicating the “feeling of trust” that is WikiLeaks’ “center of gravity” and destroying Julian’s reputation.

This character assassination was championed by the Democratic Party establishment after WikiLeaks published 70,000 hacked emails copied from the accounts of John Podesta, Hillary Clinton’s campaign chairman. The Podesta emails exposed the donation of millions of dollars from Saudi Arabia and Qatar, two of the major funders of Islamic State, to the Clinton Foundation. It exposed the $657,000 that Goldman Sachs paid to Hillary Clinton to give talks, a sum so large it can only be considered a bribe. It exposed Clinton’s repeated mendacity. She was caught in the emails, for example, telling the financial elites that she wanted “open trade and open borders” and believed Wall Street executives were best positioned to manage the economy, a statement that contradicted her campaign statements. It exposed the Clinton campaign’s efforts to influence the Republican primaries to ensure that Trump was the Republican nominee. It exposed Clinton’s advance knowledge of questions in a primary debate. It exposed Clinton as the principal architect of the war in Libya, a war she believed would burnish her credentials as a presidential candidate. Journalists can argue that this information, like the war logs provided to WikiLeaks by Chelsea Manning, should have remained hidden, that the public did not have a right to know, but they can’t then call themselves journalists.

WikiLeaks has done more to expose the abuses of power and crimes of the American Empire than any other news organization. In addition to the war logs and the Podesta emails, it made public the hacking tools used by the CIA and the National Security Agency and their interference in foreign elections, including in the French elections. It disclosed the internal conspiracy against British Labour Party leader Jeremy Corbyn by Labour members of Parliament. It intervened to save Snowden from extradition to the United States by helping him flee from Hong Kong to Moscow after he made public the wholesale surveillance of the American public by our intelligence agencies. The Snowden leaks also revealed that Julian was on a U.S. “manhunt target list.”