28 Jun 2019 – Scientists have finally found malaria’s Achilles’ heel, a neurotoxin that isn’t harmful to any living thing except Anopheles mosquitoes that spread malaria. 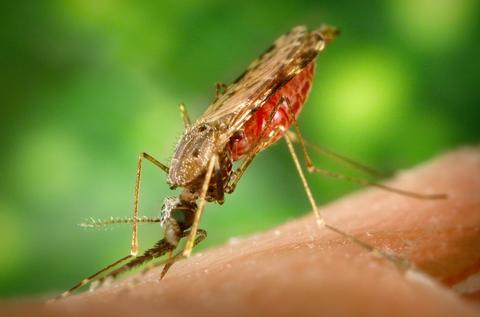 Nearly half the world’s population lives in areas vulnerable to malaria which kills roughly 450,000 people per year, most of them children and pregnant women. Progress fighting the disease is threatened as Anopheles develop resistance to chemical insecticides used to control them. There is also great concern about toxic side effects of the chemicals.

About 30 years ago, scientists identified a strain of bacteria that kills Anopheles. Since the bacteria’s method of attack was not understood, it couldn’t be replicated or used as an alternative to chemical insecticides — until now.

An international team led by Sarjeet Gill, distinguished professor of molecular, cell and systems biology at UC Riverside, has identified a neurotoxin produced by the bacteria, and determined how it kills Anopheles. Their work is detailed in a paper published today in Nature Communications.

It took Gill and his team 10 years to achieve a breakthrough in their quest to understand the bacteria, and Gill attributes the success to modern gene sequencing techniques. They hit the bacteria with radiation, creating mutant bacterial strains that could not produce the toxin. By comparing the nontoxic strain to the one that kills Anopheles, they found proteins in the bacteria that are the keys to toxin production.

“Identifying the mechanisms by which the bacteria targets Anopheles has not been easy,” Gill said. “We were excited not only to find the neurotoxin, called PMP1, but also several proteins that likely protect PMP1 as it’s being absorbed in the mosquito’s gut.”

Many neurotoxins generally target vertebrates, and PMP1 bears 30 percent chemical similarity to botulinum or tetanus, both highly toxic to humans. Because the neurotoxin does not affect humans, vertebrates, fish, or even other insects, Gill believes the bacteria that produce PMP1 likely co-evolved along with Anopheles mosquitoes.

“It was surprising for us that PMP1 is not toxic to mice even by injection,” Gill said.

Members of Gill’s team include postdoctoral scholars Estefania Contreras, Jianwu Chen, Harpal Dhillon, and Nadia Qureshi as well as graduate student Swati Chawla from UC Riverside, Geoffrey Masuyer and Pål Stenmark from Stockholm University and Han Lim Lee from the Institute for Medical Research in Malaysia. Their work was funded by the U.S. National Institutes of Health.

The team has applied for a patent on this discovery, and now hopes to find partners that will help them develop their bacteria-based Anopheles insecticide. These findings also open the door to new avenues of research on additional environmentally friendly insecticides.

“There is a high likelihood that if PMP1 evolved to kill the Anopheles mosquito, there are other toxins that can kill other disease-spreading pests,” Gill said. “This could just be the start of a new way to prevent hundreds of thousands from getting sick and dying every year.”