The Rise of Corporate Nations

Multinational corporations are increasingly encroaching on the functions of sovereign states. 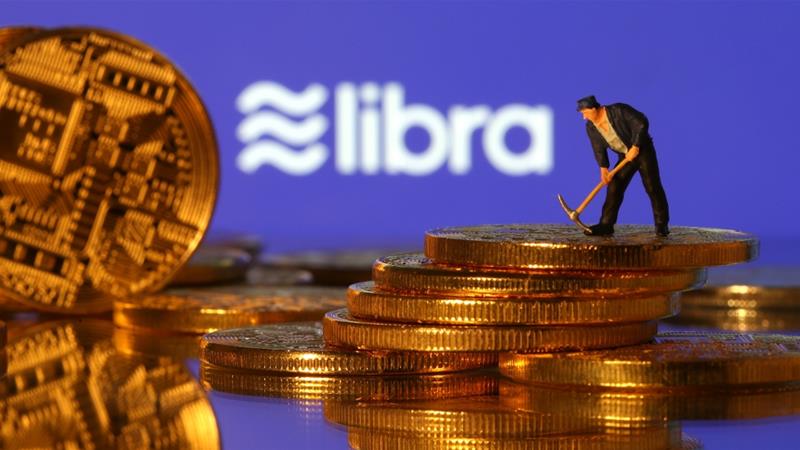 Facebook is set to launch a global cryptocurrency named Libra, which is expected to come online in the first half of 2020.
[Dado Ruvic/Illustration/Reuters]

19 Jul 2019 – “There is no America. There is no democracy. There is only IBM and ITT and AT&T and DuPont, Dow, Union Carbide, and Exxon. Those are the nations of the world today … The world is a collage of corporations, inexorably determined by the immutable by-laws of business.”

The famous monologue from the film Network delivered by actor Ned Beatty in 1976 reflected growing anxiety at the time that corporate power could eventually overturn democracy. Today, what was feared 40 years ago is becoming a reality. Corporations have become the nations of the world and they increasingly act as such.

Last month, Facebook announced that it is introducing its own currency, Libra, which the more than two billion users (or “citizens”) of the platform will be able to use to pay for goods and services.

The announcement comes at a time when the monetary policies of countries across the world have increasingly accommodated the interests of big corporations and the wealthy at the expense of ordinary people. This has led to both unprecedented deregulation, which has caused repeated economic crises, and the subsequent imposition of severe austerity measures hurting the livelihoods of millions of citizens.

Facebook’s cryptocurrency initiative signals that this issue will assume even bigger proportions. For millennia, one of the defining features of sovereignty has been the minting and circulation of state-specific currency. Corporations like Facebook are now taking over this prerogative from governments. But monetary policy isn’t neutral: It is one of the main levers for the distribution of wealth and privilege.

Facebook has given its assurances to US lawmakers, claiming the company wants to “do this right”. Libra will initially be just a payment method, anchored to a basket of hard currencies, and not an autonomous coin – or so has been promised. But during a July 16 congressional hearing, Facebook executive David Marcus struggled to answer questions about how this new currency would be regulated.

At the heart of the matter is the problem of decision-making and accountability. Facebook’s corporate executives, who already have substantial power by way of having access to large swaths of data on billions of people, will acquire another lever of control over the world – currency. At the same time, they will remain unaccountable to anyone but themselves in the way they manage monetary operations.

Imagine, for example, what effect Libra would have on countries with unstable or weak currencies. Would it become a mainstream substitute for the Argentinean peso or the Venezuelan bolivar? What guarantees are there that Facebook executives would not take advantage of the power Libra gives them and use it to economically and politically blackmail a weak government?

Given its long track record of problematic practices – including the misuse of personal data – can Facebook be trusted with so much power? The prospect of sovereign power and political decision-making being shifted away from national capitals and to Silicon Valley is indeed real. And it is not only Facebook that is pushing in this direction.

Corporations like Google and Amazon are building campuses that increasingly look like autonomous mini-states, with their own infrastructure, retail, social services and even shelters for the homeless. Google also announced a billion-dollar housing investment plan in the San Francisco area, directly intervening in urban planning at a time when states are increasingly unable to guarantee their citizens’ right to affordable housing.

Corporations are also increasingly able to mobilise their own “citizens” to shift public policy. Uber has been rallying its users to fight against greater public regulation of its business model, while AirBnB has been leveraging the interests of its users to avoid greater fiscal scrutiny.

Corporations are also able to play states one against the other to remove regulations and provide large tax breaks. Amazon, for example, has paid no federal taxes on $11.2bn of profits in 2018.

As the Cambridge Analytica scandal has already demonstrated, corporations can also utilise the personal information of billions of people around the world for propaganda purposes; they can effectively sway public opinion, manipulate political views, and perhaps, soon enough, build “national” identities.

Indeed, we are witnessing the birth of a new kind of planetary powers, boasting genuine state characteristics: global “corporate nations” that can extend their powers across the entire planet. Traditional concepts of state sovereignty are becoming increasingly irrelevant as corporations encroach on state functions. If today they are able to compete in information control, social provision, and currency circulation, how far away is their takeover of the ultimate symbol of state power – monopoly over the use of force?

As the power and reach of “corporate nations” grow, this will continue to feed into another phenomenon characteristic of our time: the widespread feeling of powerlessness among ordinary people that lies at the root of many of the ongoing ultranationalist uprisings.

Weakened governments will increasingly resort to nationalism and xenophobia to rally support for their failing policies and pretend to “regain control” of the state. Thus, the global crisis of democracy and liberalism will continue to deepen in the coming years.

Indeed, our future may look bleak, but there could be a silver lining to what is going on today. Perhaps the aggressive moves of corporations like Facebook could be a wake-up call for ordinary people and their leaders alike.

Libra might, finally, make us ask the right sort of questions. Why should a global currency be administered by a private association headquartered in Switzerland, rather than by a new political settlement that overhauls the old international institutions of the 1944 Bretton-Woods agreement, such as the IMF and the World Bank?

Why should states compete with each other over corporate tax revenue, rather than build a common fiscal policy for multinationals? Why should unaccountable corporate boardrooms be allowed to reap unlimited profits from big data, instead of having nations leverage it for the public good?

The question, ultimately, is whether our outdated national politics can take back control over corporate nations and planetary challenges such as the climate crisis, migration or artificial intelligence. It is time to recognise this common threat, unify, and take action together beyond the borders of our weakening nation-states.

Lorenzo Marsili is a writer, politic activist, and the founder of international NGO European Alternatives.