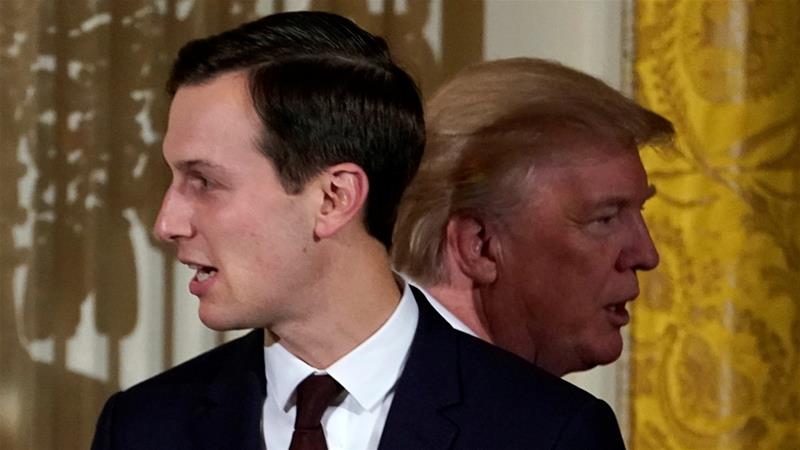 25 Jun 2019 – We Palestinians thought we had it bad the past 25 years since the signing of the Oslo Accords under the reign of American and Israeli technocrats and “security experts”. And with good reason.

This revolving door of Foggy Bottom “doves”, Arlington spooks and other denizens of the Pentagon and swanky Georgetown restaurants – working closely with counterparts in Tel Aviv – convinced the mediocre Palestinian leadership that a state was attainable if only they would give up just a little more.

And so after two and a half decades of being mugged at the negotiating table, the Palestinians have nothing to show for the moribund “peace process“. No state. No sovereignty. No Jerusalem. No human rights. No borders (let alone control of borders). No end to the mushrooming illegal Jewish-only settlements on stolen Palestinian land or the more than a half century of Israeli military rule over Palestinians.

Meanwhile, water and other resources are siphoned to the Israeli state and settlers as Israel today pushes the idea of officially annexing swaths of the occupied West Bank. And of course, despite promises to connect Gaza and the West Bank, the two territories have remained divided – with Gaza subject to a brutal siege and periodic pulverisation by Israeli and American munitions.

In essence, Palestinians live under a form of apartheid with the timid stamp of Palestinian approval from the unelected Palestinian “Authority”, itself a pseudo-entity created by the Americans and Israelis to outsource the burden of keeping the restive Palestinian natives in their place. Can’t get much worse, right?

These scions of sketchy New York real estate empires are currently doing business out of the White House, and Kushner the younger has been put in charge of Middle East peace, where he has been pimping something called the “deal of the century”.

Unfortunately, anyone who has heard anything about (or, God forbid, lived through) the practices of said real estate moguls knows that this so-called “deal of the century” does not portend well for the Palestinians.

If only the Palestinians problems were limited to being duped into an overpriced lease for a shoebox apartment in the East village with shoddy renovations, no gas or heat, broken appliances and vermin infestations. But the scale of the real estate swindle the Palestinians are being dragged into is much greater, as is the human tragedy that will follow in its wake.

Let’s take a look at some of the purported highlights, as leaked in the Israeli press last month:

First, there is no mention of the return of Palestinian refugees (homeless since 1948) to a quasi-statelet of “New Palestine”. Of course, Palestinians will be ignored when they insist they would be perfectly happy with “old” Palestine (ie, “historic Palestine”).

Second, Palestinians get no control of their own borders and no army but must pay the Israeli army a fee to protect their reservation, err, territory.

Third, Palestinians will not get back any Palestinian land currently occupied by hundreds of thousands of illegal Israeli settlers but will instead receive a slice of land donated by the dictator of Egypt, General Abdel Fattah el-Sisi. No matter that this land swap will see the Palestinians give up their rich ancestral agricultural lands in the West Bank for a slice of the Sinai Desert. Oh yeah, and the Palestinians will apparently have to pay rent to the Egyptians for this piece of prime real estate. Maybe Kushner and Trump can throw in some quality condos, too. For a price, of course.

For anyone who cares about justice, human rights and a lasting peace in Palestine/Israel, the leaked reports of Kushner’s deal makes for grim reading, as does the economic portion of the plan, officially unveiled this past week by Kushner and the White House. But the nuts and bolts of the deal matter far less than the spirit of it and the general parameters, which we know consist of throwing cash and empty promises of prosperity at the Palestinians in the absence of any substantive political and territorial concessions.

Considering the way that the Trumps and Kushners have always done business, however, it’s not at all surprising to see how ungenerous the deal is for the Palestinians. For only slumlords could come up with a deal whose terms are so mean-spirited, so insulting, so falsely advertised. And only slumlords like the Trumps and Kushners know how to prey on the susceptible customer, in this case, a stateless nation of refugees and their descendants.

Fittingly, they have just the supporting cast to get the job done, including a lineup of Washington reruns who should probably have been locked up by now, including the likes of John Bolton, Elliot Abrams (currently executing a coup in Venezuela but surely in the loop on this one), and the bellicose Mike Pompeo to name a few.

Then, there are the foreign cosponsors of the deal in the form of two long-standing “democracies” and the closest regional allies of the United States – the absolute monarchy of Saudi Arabia under the Yemeni-butchering, journalist-dismembering Crown Prince MBS; and the apartheid state of Israel under the extreme right-wing demagogue Benjamin Netanyahu.

With this dream team drafting up the Palestinians’ fate, is it any surprise that the future looks nightmarish? Perhaps the only hope for us to wake up before it is too late is the shifting opinion of millions of Americans who increasingly see the US one-sided support of a deeply flawed Israeli regime to be a hindrance to peace.

I certainly hope so, because, like most Palestinians, I don’t want any landlord lording it over Palestine, let alone two whose properties most sane New Yorkers wouldn’t touch with a 10-foot pole.