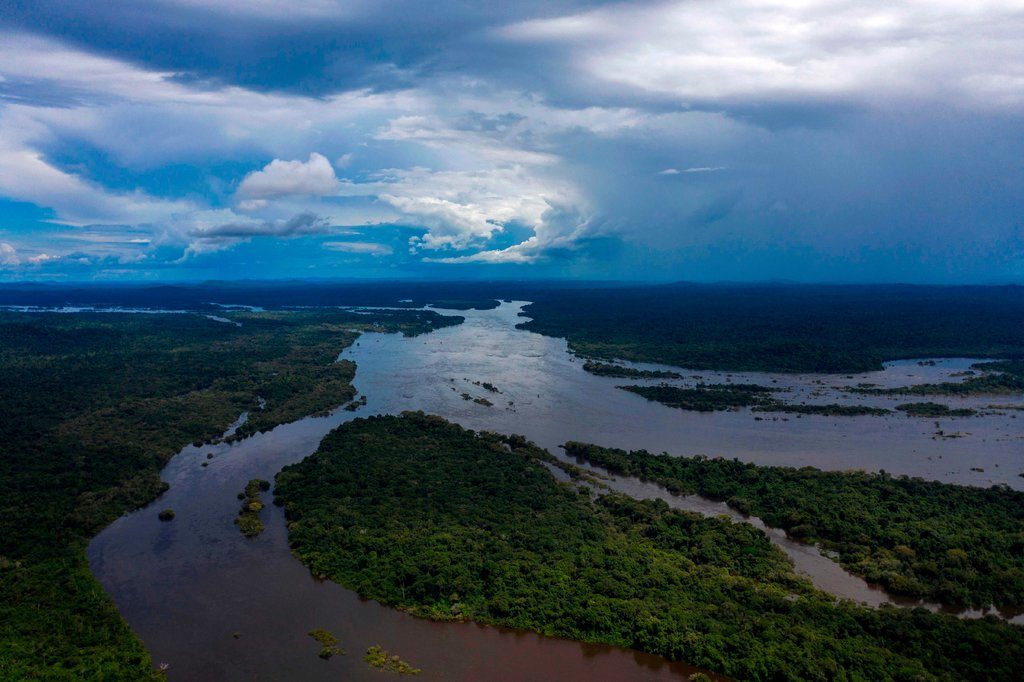 The Amazon rain forest in Para State, Brazil. Deforestation is increasing in the country, but the current government has reduced enforcement of protective laws. Mauro Pimentel/Agence France-Presse — Getty Images

28 Jul 2019 — The destruction of the Amazon rain forest in Brazil has increased rapidly since the nation’s new far-right president took over and his government scaled back efforts to fight illegal logging, ranching and mining.

Protecting the Amazon was at the heart of Brazil’s environmental policy for much of the past two decades. At one point, Brazil’s success in slowing the deforestation rate made it an international example of conservation and the effort to fight climate change.

But with the election of President Jair Bolsonaro, a populist who has been fined personally for violating environmental regulations, Brazil has changed course substantially, retreating from the efforts it once made to slow global warming by preserving the world’s largest rain forest.

While campaigning for president last year, Mr. Bolsonaro declared that Brazil’s vast protected lands were an obstacle to economic growth and promised to open them up to commercial exploitation.

Seven months into his term, that is already happening.

Brazil’s part of the Amazon has lost more than 1,330 square miles of forest cover since Mr. Bolsonaro took office in January, a 39 percent increase over the same period last year, according to the government agency that tracks deforestation.

The deforestation of the Amazon is spiking as Mr. Bolsonaro’s government pulls back on enforcement measures like fines, warnings and the seizure or destruction of illegal equipment in protected areas.

A New York Times analysis of public records found that such enforcement actions by Brazil’s main environmental agency fell by 20 percent during the first six months of the year, compared with the same period in 2018. The drop means that vast stretches of the rain forest can be torn down with less resistance from the nation’s authorities. 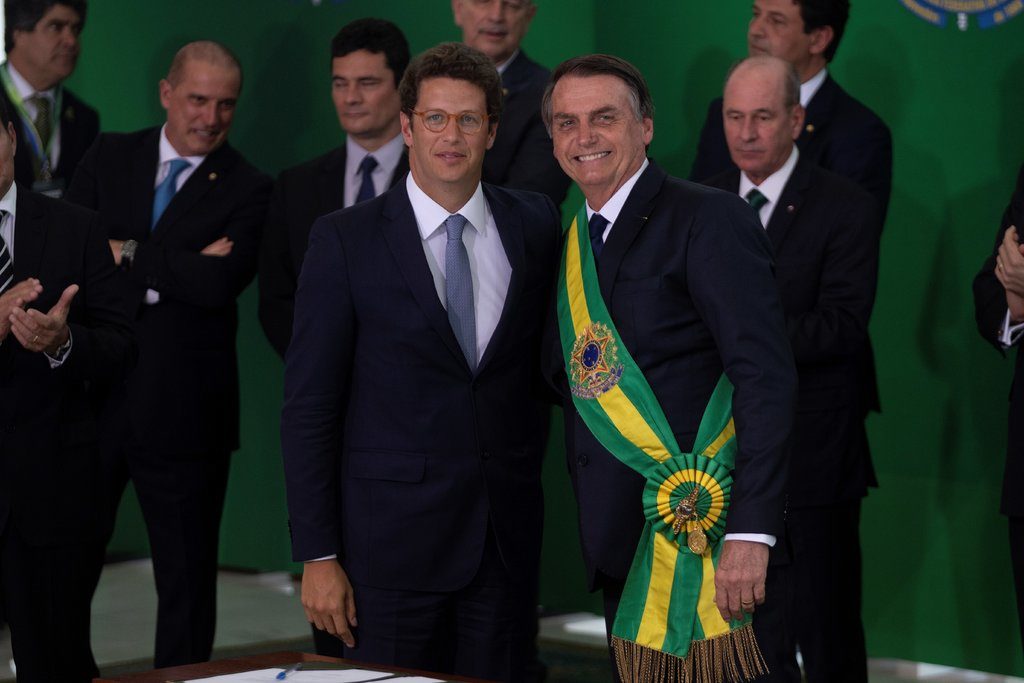 The two trends — the increase in deforestation and the government’s increasing reluctance to confront illegal activity — is alarming researchers, environmentalists and former officials who contend that Mr. Bolsonaro’s tenure could lead to staggering losses of one of the world’s most important resources.

“We’re facing the risk of runaway deforestation in the Amazon,” eight former environment ministers in Brazil wrote in a joint letter in May, arguing that Brazil needed to strengthen its environmental protection measures, not weaken them.

Mr. Bolsonaro has dismissed the new data on deforestation, calling his own government’s figures “lies” — an assertion experts called baseless. During a gathering with international journalists last week, the president called the preoccupation with the Amazon a form of “environmental psychosis” and argued that its use should not concern outsiders.

“The Amazon is ours, not yours,” he told a European journalist.

The Bolsonaro government’s stance has drawn sharp criticism from European leaders, injecting an irritant to a trade deal struck last month between the European Union and a bloc of four South American countries, including Brazil.

During a recent visit, Germany’s minister of economic cooperation and development, Gerd Müller, called protecting the Amazon a global imperative, especially given the rain forest’s vital role in absorbing and storing carbon dioxide, essential to the effort to slow global warming. And when trees are cut, burned or bulldozed, carbon dioxide goes directly back into the atmosphere.

Germany and Norway help finance a $1.3 billion Amazon conservation fund, but the Bolsonaro administration has questioned its effectiveness, raising the possibility that the effort could be shut down.

“Without tropical rain forests, there’s no solving the climate” issue, Mr. Müller said during an event in São Paulo.

During the campaign, Mr. Bolsonaro promised to do away with the ministry of the environment altogether. He ultimately scrapped the plan under pressure from the nation’s agriculture sector, which feared the move would incite a boycott of Brazilian products. 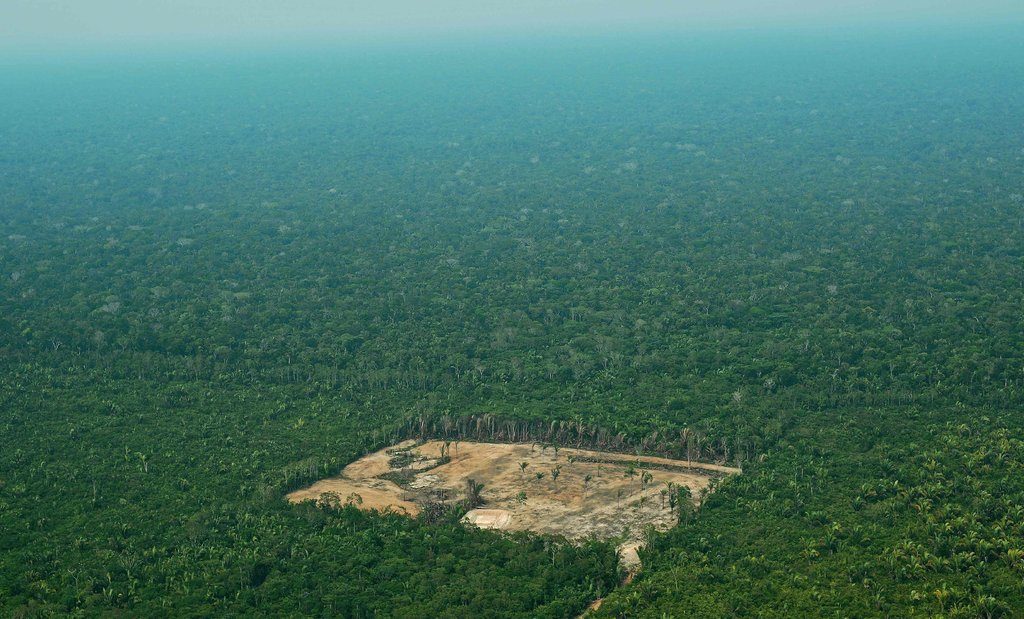 A few weeks before his inauguration, Brazil abruptly pulled out of its commitment to host a global summit on climate change. Then, once he took office, Mr. Bolsonaro’s administration cut the main environmental agency’s budget by 24 percent, part of a broader cost savings across the government.

He has denounced environmental fines as an “industry” that needs to be shut down. And his administration has said it plans to weaken the authority of environmental protection agents to burn vehicles and other equipment belonging to loggers and miners in protected areas.

Mr. Bolsonaro has brushed off international criticism of his positions, arguing that calls to preserve large parts of Brazil are part of a global plot to hamper his country’s development. This month, he accused European leaders of pushing for stronger conservation of the Amazon because they hope to develop it themselves in the future.

“Brazil is like a virgin that every pervert from the outside lusts for,” he said.

Brazil had previously tried to portray itself as a leader in protecting the Amazon and fighting global warming. Between 2004 and 2012, the country created new conservation areas, increased monitoring and took away government credits from rural producers who were caught razing protected areas. This brought deforestation to the lowest level since record-keeping began.

But it has suffered setbacks before. As the economy plunged into a recession in 2014, the country became more reliant on the agricultural commodities it produces — beef and soy, which are drivers of deforestation — and on the powerful rural lobby. Land clearing began to tick upward again.

Mr. Bolsonaro has promised to do away with the remaining barriers to developing protected lands. He has also spoken derisively about the environmental agency’s enforcement work, which he has experienced firsthand.

On Jan. 25, 2012, environmental agents intercepted a small fishing boat in an ecological reserve in Rio de Janeiro state that Mr. Bolsonaro, then a federal lawmaker, was aboard. He argued with the agents for about an hour and ignored their demands that he leave, said José Augusto Morelli, the agent in charge of the team.

Mr. Bolsonaro refused to identify himself, Mr. Morelli said. But the agent took a photo of Mr. Bolsonaro, who was wearing white Speedo-like bathing suit. 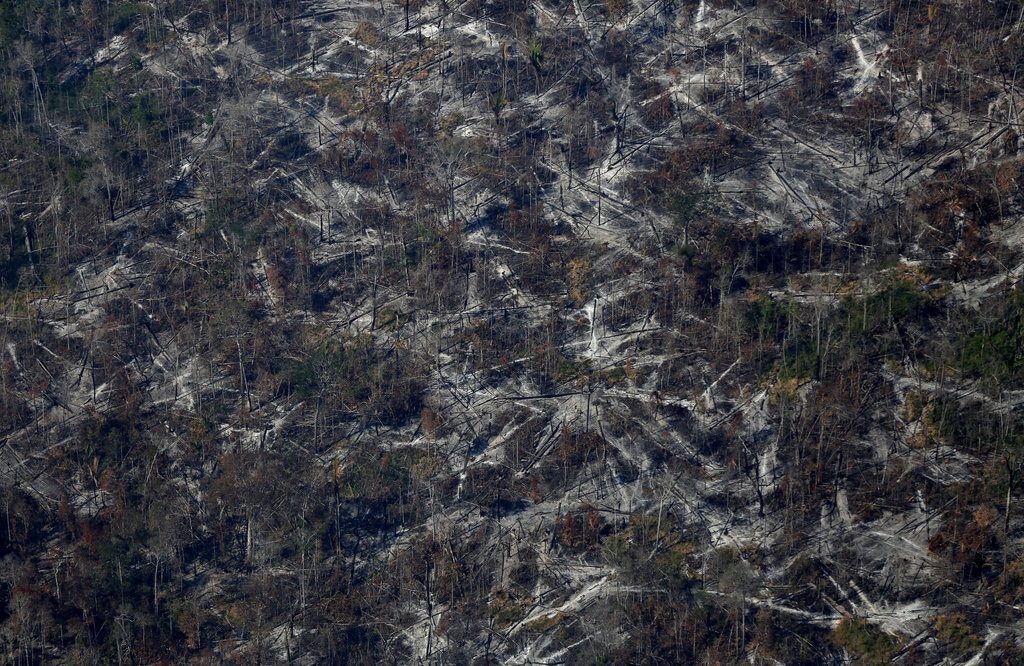 Deforested land in the state of Amazonas. The Amazon lost 837 square miles of forest cover between August 2018 and April. Bruno Kelly/Reuters

Mr. Bolsonaro never paid the fine, which was rescinded shortly after he was sworn in as president in January. In late March, Mr. Morelli was demoted, a decision he sees as a form of retaliation for the 2012 fine.

Mr. Bolsonaro’s refusal to pay the fine is common. All but about 5 percent of environmental fines in Brazil are contested in court, a process that often drags on for several years.

Now Mr. Bolsonaro’s environment minister, Ricardo Salles, wants to create a mechanism that would give a government panel the discretion to lower or suspend environmental penalties, worrying former officials who say it would weaken enforcement even further.

Mr. Salles, who did not respond to several requests for an interview, has acknowledged the shortcomings of the environmental enforcement agencies tasked with policing commercial activity in protected areas. But he has argued that the system had been hollowed out by previous governments.

As for the environment, Mr. Salles has said that the government is prioritizing urban problems, like upgrading waste management and sewage treatment systems, which he said were in a “shameful” state.

Other senior officials in Mr. Bolsonaro’s government have responded to the sharp rise in deforestation with a mix of denial and defensiveness.

“We’re not naïve,” Mr. Lorenzoni said. “There’s a view out in the world, sponsored by nongovernmental organizations, that relativizes Brazil’s sovereignty over the Amazon.”

But, he warned in a recent meeting with reporters: “Here’s a little message: ‘Don’t play around with us.’”

A version of this article appears in print on July 28, 2019, Section A, Page 1 of the New York edition with the headline: Destruction of Amazon Rain Forest Accelerates.