US Blocks UN Statement to Condemn Demolition of Palestinian Homes 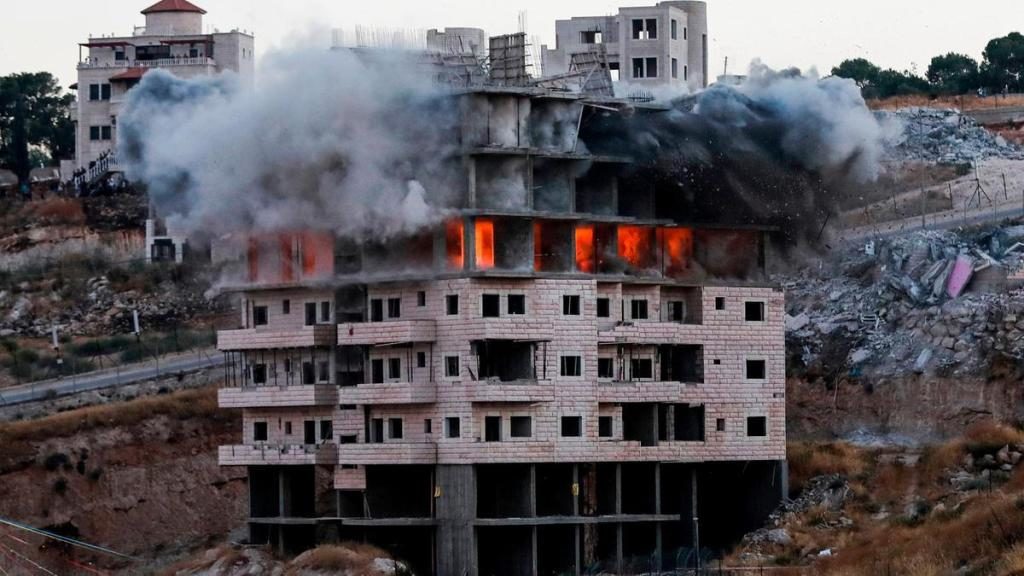 25 Jul 2019 – The United States has blocked an attempt to get the United Nations Security Council issue a formal statement condemning Israel’s demolitions of Palestinian homes in the occupied Jerusalem neighborhood of Sur Baher, earlier this week.

The draft statement, circulated by Kuwait, Indonesia and South Africa to the 15-member council, expressed “grave concern” and warned that the demolition “undermines the viability of the two-state solution and the prospect for just and lasting peace,” as quoted in a Reuters report.

According to Reuters, diplomats said that the US told its counterparts in the UNSC that it could not support the draft text. A revised three-paragraph draft statement was circulated, but was rejected again by the US.

The Israeli high court has approved the demolition of the buildings, thus upholding military allegations that the buildings are “close to the Annexation Wall” and “pose a security threat” due to their proximity to the illegal wall.

Palestinian appeals to demolition orders are frequently dismissed by Israeli courts, which are in fact complicit in perpetuating the Israeli policies of forcible transfer and ethnic cleansing of Palestinians.

The buildings are located in Area A, supposedly under the full jurisdiction of the Palestinian Authority as per the Oslo Accords.

The demolition is expected to have a disastrous effect on all other areas of the West Bank adjacent to Israel’s wall, putting these areas at a high risk of mass demolitions under security pretenses and putting the lives of Palestinians living in such areas at the risk of imminent forcible transfer.