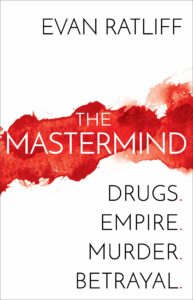 Running a successful drug cartel isn’t easy. Just ask Mexican kingpin El Chapo, currently awaiting sentencing in an American prison after being found guilty on 10 federal counts, including kidnapping, murder, and smuggling huge amounts of narcotics into the United States over decades. El Chapo’s trial provided an unprecedented window into the drug business and the ways American authorities attempt to control it.

There’s no doubt that El Chapo ran a ruthless but effective operation that established his Sinaloa cartel as one of the most powerful drug enterprises in the world. Even today, after El Chapo’s arrest, the cartel continues to thrive, shifting from heroin to hugely popular but deadly opioids, including fentanyl.

Away from the showy headlines, however, lurked a far darker truth about the El Chapo trial. What was the real role of the Drug Enforcement Administration (DEA) and other federal authorities in relation to the drug trade? Specifically, were they complicit in its growth for their own motives? In the early stages of the trial, the prosecution and the judge aimed to keep any incriminating evidence that detailed the US government’s collusion with the Sinaloa gang out of public view. Christy Thornton, assistant professor of sociology and Latin American studies at Johns Hopkins University, told Democracy Now! at the conclusion of the El Chapo trial:

There are things that have been revealed in the Mexican media, particularly by the investigative journalist Anabel Hernández for some time. We know, for instance, that lawyers for the Sinaloa organization met with the DEA, over a period of more than a decade, and agreed to give information about rival traffickers. The question that arises is whether those agreements to provide information on rival organizations also included promises of immunity from prosecution.

Such shadowy arrangements are too rarely examined in mainstream journalism about the drug war, with many media outlets preferring to frame the conflict as between noble, crusading government agents and bloodthirsty drug dealers.

One of the finest reporters on this beat, Ginger Thompson, who writes for ProPublica, has documented dozens of cases where the DEA staged elaborate narco-terrorism conspiracies. Paid informants induced targets to undertake acts that ultimately resulted in the targets’ prosecution. In 2015, Thompson uncovered a number of worrying cases where the DEA created spectacular raids and then sold them as successes against terrorism:

Russell Hanks, a former senior American diplomat, who got a firsthand look at some of the DEA’s narco-terrorism targets during the time he served in West Africa, told me, “The DEA provided everything these men needed to commit a crime, then said, ‘Wow, look what they did.’” He added, “This wasn’t terrorism — this was the manipulation of weak-minded people, in weak countries, in order to pad arrest records.”

My own research for a forthcoming book on the global drug war bears this conclusion out. I’ve spent years investigating the case of the former navy chief of Guinea-Bissau in West Africa, Na Tchuto, who was entrapped by a US sting operation in 2013. It’s a murky tale that reveals stark questions about the DEA’s activities and effectiveness. Yet despite such spectacular busts, drug trafficking in West Africa is as active as ever, with Guinea-Bissau recently discovering its biggest haul of cocaine in a decade. With demand for illegal drugs surging in the United States, Europe, and beyond, what exactly are the DEA stings aiming to achieve, and at what human cost?

This context is important when reading the startling new book by Evan Ratliff, founder of The Atavist magazine and co-host of the Longform podcast. Ratliff tells the story of Paul Le Roux, creator of a powerful drug cartel that caused mayhem across six continents for close to a decade. A South African with Australian citizenship, Le Roux was based in the Philippines and controlled a remarkable network of drug smuggling and arms dealing. After being arrested in Liberia in 2012 and cooperating with the DEA in an attempt to avoid a life sentence, he calmly admitted, during his 2018 court appearance, to killing at least five people.

But that was just the tip of the iceberg. Le Roux, a 46-year-old ex-computer programmer, said that he had built a mercenary army to overthrow the government of the Seychelles, armed a 200-man militia in Somalia, smuggled methamphetamine out of North Korea, sold missile technology to Iran, and shipped guns out of Indonesia. Asked by the prosecutor what he had trafficked over the years, he said, “Cash, chemicals, drugs and gold.” The weapons, Le Roux said, were sold to “rebels, warlords, criminals — essentially anyone who had money.”

Ratliff is both astounded at and appalled by Le Roux’s entrepreneurial reach and ambition. The scale of his empire was impressive. Ratliff writes that he had assembled a group of private mercenaries to do his bidding in every corner of the globe:

The crews crisscrossed continents, from Vietnam to Ghana to Zambia to South Africa. One day they might be protecting a Le Roux employee who had arrived in Kinshasa carrying a duffel bag full of American cash; the next they might be crossing a border in a pickup with millions of dollars in gold hidden in the tailgate, on their way to a remote airstrip. A week later they could be in Malaysia, conducting surveillance on a wealthy executive. Le Roux’s businesses seemed at times to be independent arms of some conglomerate larger than them all.

Le Roux’s capture was masterminded by the dogged work of two DEA agents, Kimberly Brill and Steven Holdren, and Ratliff clearly admires their tenacity over years of work. As he wrote in the Washington Post earlier this year:

The technology-driven cartel model that [Le Roux] pioneered, however, is only in its infancy. His was a road map for a new kind of organized crime, fully exploiting the power of the Web. To combat it, agencies such as the DEA will need more Brills and Holdrens, investigators willing to embrace technology and to dig into the grimy corners of the Internet, where dark markets and cryptocurrencies can offer economies of scale found on the right side of the law.

Le Roux evaded capture for years by paying off a host of contacts, including Filipino employees at the US embassy and law enforcement authorities. He feared that he would be eventually arrested, so brazen and vast had his network become. Although he believed that bribing officials would keep him out of the hands of US authorities, Le Roux once told his wife, “Don’t you know everything we’ve been doing is illegal?” It was only a matter of time before he was caught.

It’s clear reading this book, a fine example of resolute investigative journalism, that Le Roux is a menace to society and deserves incarceration. What’s less certain, however, is the long-term significance of his cooperation with US officials. To be sure, a number of Le Roux’s associates — including professional killers — have been brought to justice due to his assistance. And yet removing Le Roux from circulation will have no impact on the deadly drug and weapons trades. This isn’t to say that such people should be allowed to roam the world untouched; instead, it raises a wider question, not really addressed in the book, about the impact of DEA activities on drug trafficking and consumption at a time when drug use and abuse in the US alone has never been higher.

The DEA could continue to pursue people like Le Roux for decades to come without making a major dent in drug trafficking. The never-ending drug war remains a rare point of bipartisan agreement in the United States (though the legalization of marijuana in many states is thankfully challenging the idea of using law enforcement to “solve” the problem of drug use). Given the huge amounts of money that can be made from illicit substances (a situation that makes people like Le Roux possible), what about considering the idea of legalizing and regulating all drugs, therefore making Le Roux and his cohorts far less powerful? A recent study by a Harvard University economist found that the US government could earn over $100 billion annually if drug prohibition were ended.

The general public will never warm to a man like Le Roux, whose activities were unquestionably heinous. Ratliff tried multiple times to interview him, but his lawyers never responded to the requests. Nonetheless, Ratliff manages to tell a compelling story with skill, style, and tenacity, traveling the globe to understand how one man could evade capture for so long.

And yet, reading this book, I was struck by the depressing thought that the world will create many more Le Rouxs in the coming decades unless ways are found to change the laws that incentivize the cartel business model.

Antony Loewenstein is a Jerusalem-based, independent journalist who has written for The New York Times, the Guardian, The New York Review of Books, among many others, and author of My Israel Question and Disaster Capitalism: Making a Killing Out of Catastrophe. His forthcoming (2019) book, Pills Powder and Smoke: Inside the Bloody War on Drugs, is on the global war on drugs.