Kashmir: A Coup against the Constitution and the Kashmiris 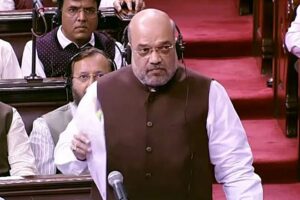 7 Aug 2019 – The PUCL condemns the abrogation of key portions of Article 370 of the Indian Constitution and the bifurcation of the State of Jammu and Kashmir and taking away its statehood. While the deed by itself is deceitful, the manner in which it was done is even more so. All the constitutional provisions, procedures, safeguards and values have been disregarded. What pains us most is that this change of status of the erstwhile state of Jammu and Kashmir, was carried out with stealth, completely unilaterally, without even talking or consulting the people of Jammu and Kashmir, even as part of Government tokenism.

PUCL, in particular, strongly condemns the planned and sinister manner by which the Government of India has gone about arresting at midnight of Sunday, 4-5th August, 2019 important leaders of political parties in Jammu and Kashmir, including former Chief Ministers Omar Abdullah, Mehbooba Mufti and others, soon after airlifting over 35,000 troops and suddenly and abruptly asking all Amarnath Yatris and holiday visitors to leave the state creating acute sense of fear and panic. Simultaneously, the Government in a concerted manner, also shut down all communication and telecom services to and from the valley, effectively ghettoizing the entire state into a state of forced silence, while also imposing curfew in the state preventing movement of people, thereby creating chaos, distress and disruption of normal life. Students from other states were asked to leave Kashmir while Kashmiris outside the state continue to live in panic unable to communicate with their families in the Valley.

The ulterior plan behind such unprecedented action became apparent on Monday, 5th August, 2019, with the Government quickly pushing through legislations to abrogate major portion of Art. 370thereby discontinuing Special Status to J&K and bifurcating the State into two Union territories: Jammu & Kashmir and Ladakh.

Since the Constituent Assembly of J&K ceased functioning in 1957, the Supreme Court in its judgement in `SBI vs Santosh Gupta’, (2017)’, held that the Article 370 has become permanent unless another Constituent Assembly of J&K was constituted. In order to get over this constitutional roadblock, the present BJP Government adopted a rather devious and unconstitutional route.

Article 370 (1) (d) of the Constitution empowers the President, from time to time, to issue notifications modifying the manner in which the constitutional provisions can be made applicable to the State of Jammu and Kashmir. Article 367 of the Constitution of India explains how phrases in the Constitution are to be interpreted. The issue, in case of abrogation of Art. 370, was the need for recommendation of `Constituent Assembly of the State’.

What the BJP Government did was very insidious and cunning. On 5th August, 2019, they introduced a 3-stepAmendment process. In the first step a Presidential Notification under Article 370 (1)(d) was issued amending Article 367 by introducing a new Sub-clause (4) which stated that the expression “Constituent Assembly” in Article 370(3) shall be read as “Legislative Assembly of the State”. The effect was that after this change, Article 370 of the Constitution could be amended removing the necessity to obtain the recommendation of the ‘Constituent Assembly’.

Now, since J&K has been under President’s Rule since December, 2018, it means that the powers of the `State Legislature are being exercised by the President of India. This, in effect, results in a farcical situation in which the President of India has consented to permit himself (as Head of the State Government of J&K) to recommend abrogation of Art. 370 of the Constitution!

What is shocking is the utter contempt that the current dispensation has been exhibiting for constitutional procedures and democratic processes, which actually is a consistent pattern we have witnessed in the recent past with the passing of a slew of legislations which have serious ramifications, as a Money Bill.

The argument that Article 370 is a clause which obstructed the complete integration of Kashmir with the rest of India and prevented development is a totally flawed logic. The unamended Article 370, was put in place to recognise in principle, the distinct identity and autonomy of the Kashmiri people. This was necessitated by the history and the context of accession of Kashmir with India. It is most troubling that political leaders of Kashmir who never disputed the accession of Kashmir with India and who participated in the Indian democratic process have been placed under preventive detention and were kept completely in the dark when decisions which impacts the state were taken. In this entire exercise the lives, rights, aspirations and hopes of the people of Kashmir are the biggest casualties.

PUCL apprehends that there is another insidious dimension in taking away the statehood of the Jammu and Kashmir. It is a ploy to take control of their natural resources, their water, mountains, the hills and fields and forests. It is yet another act to aggrandise and deprive the common Kashmiri and convert the valley into a real estate venture. In the three speeches in the Rajya Sabha made by the Home Minister, he continuously spoke of how the state was in the dark ages and needed to be brought into the main stream with hotels and other people of India having an opportunity to buy land, build houses and live there.

Lastly the actions of the BJP government not to have provided with at least two days notice to the MPs to study the `Reorganization of Jammu and Kashmir Bill or the President’s resolution to repeal Article 370, shows that the BJP not only does not want scrutiny and deliberation, which is the key to any democratic process but also just wants to convert the Parliament to a rubber stamp, which is what the first session of Parliament of the 17th Lok Sabha has become. The passage of 32 bills, in haste, without pre-legislative consultation with public or discussions with those to be impacted by the concerned bills or denying the right to send bills to the select committee, not only confirms this but also indicates what await us in the near future.

The PUCL would urge the people of India to see yesterday’s process in Parliament as one more effort to repress and subjugate the people of Kashmir and should oppose this decision of the Government peacefully. We would also like our sisters and brothers in Kashmir to know that we are with them and share their loss and grief against this latest attack by the GOI on them.

(1) That the clampdown on telecom services and communication and restrictions on movement be immediately lifted;

(2) All Political / Opposition leaders be released,

(3) Normalcy be restored in the Valley.

(4) All the troops be withdrawn.

(5) The three legislation introduced on 5th August, 2019, viz., the (i) The Constitution (Application to Jammu and Kashmir) Order, 2019 – Presidential order CO 272, (ii) Statutory Resolution introduced in the Rajya Sabha and (iii) The Jammu & Kashmir Reorganisation Bill be rolled back; and

(6) Undertake any action wrt to Kashmir only after consulting the Kashmiri people.