5 Aug 2019 – United Nations investigators urged world leaders today to impose targeted financial sanctions on companies linked to the military in Myanmar, and said foreign firms doing business with them could be complicit in international crimes. 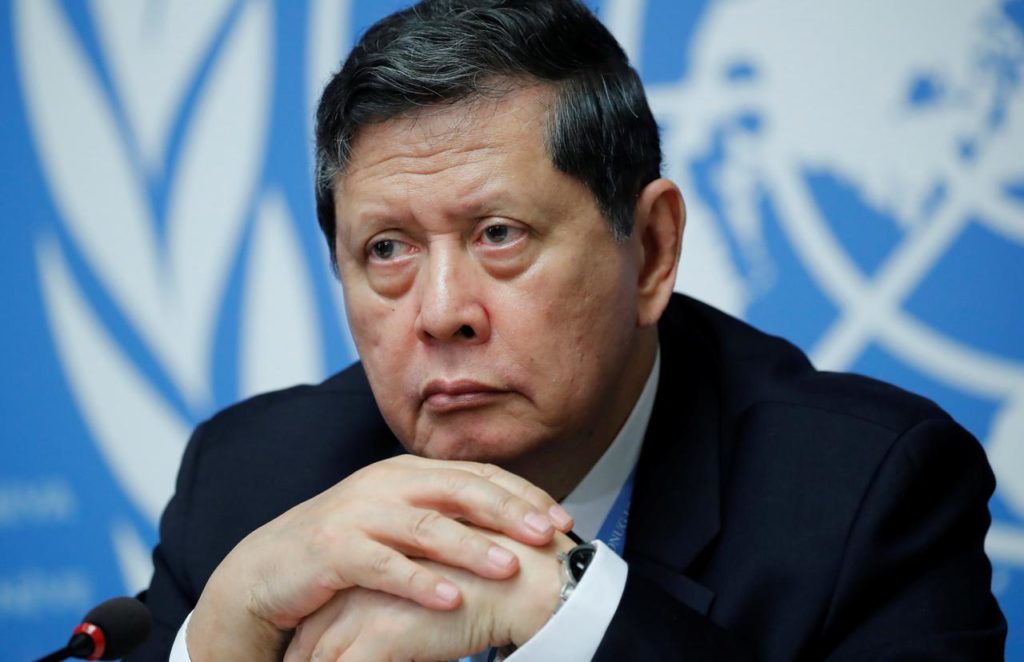 A panel of human rights experts identified scores of companies tied to the army, which controls vast swathes of Myanmar’s economy through holding firms and their subsidiaries, and is accused by the U.N. of executing a campaign with “genocidal intent” against the Rohingya minority.

More than 730,000 Rohingya, members of a persecuted Muslim minority, fled Myanmar’s Rakhine state into neighbouring Bangladesh amid a military-led crackdown in August 2017 that the U.N. and Western countries have said included mass killings and gang-rapes.

The U.N. investigatory panel condemned the violence in a report last year that called for the economic isolation of the military. Investigators said the purpose of the new report was to help countries cut financial ties with all army-linked companies.

“For the first time, this report comes out with a clear picture of the involvement of specific European and Asian companies, and makes a point that in fact there is this relationship and it’s a violation of U.N. treaties and U.N. norms,” panel chairman Marzuki Darusman said in an interview in the Indonesian capital of Jakarta on Sunday.

A military spokesman did not answer phone calls seeking comment. Zaw Htay, a spokesman for civilian leader Aung San Suu Kyi’s government, could not immediately be reached for comment. The Myanmar government was sent an advance copy of the U.N. report.

The investigators identified at least 59 foreign companies with some form of commercial ties to the Myanmar military, including firms from France, Belgium, Switzerland, Hong Kong and China. Of those, 15 operate joint ventures with the two military conglomerates or their subsidiaries, the report said.

Calling for the imposition of an arms embargo on the country, the investigators also named 14 companies that have sold weapons and related equipment to security forces in the country since 2016, including state-owned entities in Israel, India, South Korea, and China.

“Corporations and individuals responsible within that corporation can be prosecuted,” Darusman said, adding that the arms they provide allow the military to “continue their oppression to the Myanmar people”.

Myanmar has previously rejected the U.N.’s categorisation of the violence in Rakhine as “one-sided”. It says that military action that followed militant attacks on security forces in August 2017 was a legitimate counter-insurgency operation.

The United States, the EU, Australia, and Canada have imposed sanctions on senior military officers including most recently Commander-in-Chief Min Aung Hlaing, hit with a travel ban by the State Department in July.

The U.N. has said top generals should be prosecuted for genocide and the International Criminal Court has begun a preliminary probe.

The EU has also been considering stripping the country of tariff-free access to the world’s largest trading bloc.

The two conglomerates have numerous subsidiaries – the report identified 120 businesses in various sectors, from tourism and banking to construction and gem mining, as owned by MEHL and MEC, as well as another 27 linked to the two companies through corporate structures.

The revenue generated by such businesses strengthens the army’s autonomy from civilian oversight and provides financial support for their operations, investigators said.