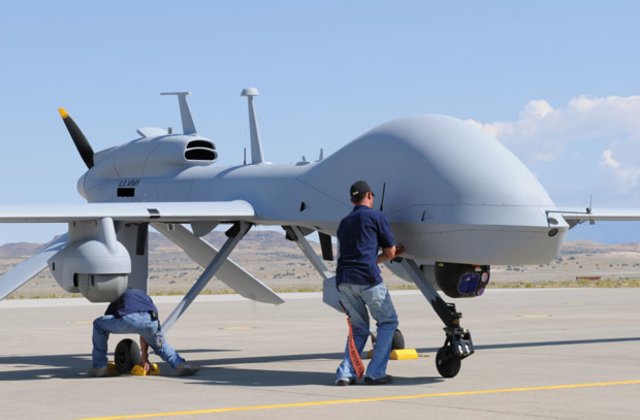 23 Aug 2019 – Russia and China are right to condemn the testing this week of an INF-busting new missile by the US. Washington is brazenly jeopardizing global security under the usual cynical guise of “defense”.

Washington launched a ground-based cruise missile off the coast of California. It was reportedly a Tomahawk-type nuclear-capable warhead, but the Pentagon said it was conventionally armed. The projectile apparently succeeded in hitting its target after more than 500 kilometers of flight. The testing of such a missile would have been banned by the Intermediate-range Nuclear Forces (INF) treaty which the US officially withdrew from on August 2.

It is inconceivable that the latest weapon could not have been in the long-term works for development prior to the three-week period since the INF was abandoned. In others words, the abrogation of the treaty was long-anticipated by Washington, which belies US claims over recent months that it was crashing out of the INF due to alleged Russian violations. The US wanted out of the treaty. Now that it is freed from restriction, the prompt deployment of the cruise weapon off California seems to confirm the ulterior agenda.

Previously, Pentagon chief Mark Esper indirectly admitted this ulterior agenda when he told Senate hearings that the purpose for scrapping the INF was for the US to be able to confront China.

This week Esper said the missile testing was aimed at sending Beijing a message that the “US is capable of deterring China’s bad behavior”.

So, let’s have some honesty here. Washington just ripped up an important arms-control treaty for global security, not because of alleged Russian violations, but rather because the US wants to give itself a free hand to expand its short and medium-range arsenal to challenge China.

Indeed, Esper also remarked during a recent trip to Australia that the US intends to deploy INF-type ground-based missiles in Asia.

Admittedly, China is reckoned to have an arsenal of short and medium-range missiles. Beijing was not a party to the INF, so technically it is not in breach of its restrictions. But a crucial distinction is that such Chinese weapons do not pose a threat to the US mainland. Whereas US intentions of moving similar ballistic warheads to land bases in Asia do pose an imminent threat to China, as well as to Russia.

The US and its NATO allies claim they do not want to start a new global arms race. Washington says it is not planning to deploy INF-type warheads in Europe. However, the type of launcher used this week and which is already deployed in Romania and, it is believed, in Poland as well, could be used sometime in the near future to fire nuclear-capable missiles at Russia.

Washington is thus recklessly shifting the balance of power and undermining the global architecture for security against nuclear war.

Both Russia and China have deplored the risk of a new arms race being incited by the US.

Perhaps this kind of arms race is exactly what Washington is seeking, despite claims to the contrary. The nefarious calculation is that Russia and China will be diverted from economic development by being forced into responding in kind to new threats from the US.

After all, with its presumed license to rack up never-ending national debt, American strategic planners may feel that they can impose crippling economic costs on geopolitical rivals Russia and China.

The Chinese government said it best this week when it commented that the US “must give up its Cold War mentality”.

The endemic premise in Washington is that Russia, China and other states are mortal threats to the US. The official American view of the world is relentlessly paranoid about enemy states, which are allegedly harboring malign designs to the destroy the US.

Of course such cynical, nihilistic thinking is necessitated by the fundamental operating need of US capitalism and its addiction to the military-industrial complex. War is good, peace is bad, so goes the Orwellian American credo, albeit never outrightly stated as such. If the US were to somehow make peace with the world and enter into normal friendly international relations, then its $700-billion-plus annual spending on military would cease to exist from lack of “justification”, and with that would follow the calamitous implosion of its militarized capitalist economy.

An arms race for the US state planners is like finding a drug-fix for a junkie. It is damnable that Washington is tearing up arms control treaties and jeopardizing global security in order to gratify its dysfunctional systematic dependence on insecurity, tension, conflict and ultimately war.

The undoing of arms controls treaties by the US, first the ABM in 2002, then the INF this year, next perhaps the New Start treaty expiring in 2021, is reprehensible. But what is more reprehensible is the underlying ideology that impels that. American citizens have to address that root ideological disease, otherwise the world will continually be in peril of war.