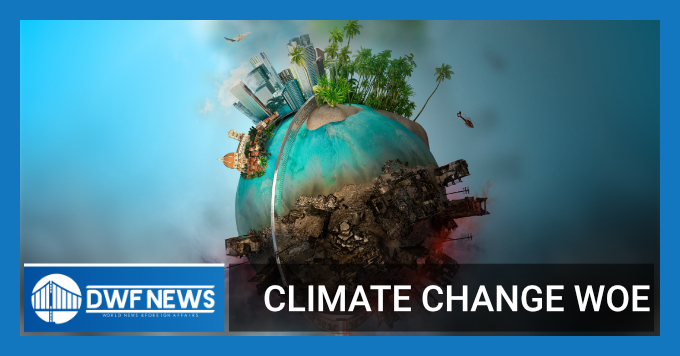 25 Sep 2019 – Gee, I thought the solutions for climate change may be about to happen! We are really becoming aware of the problem world-wide. The climate scientists and climate freaks are finally being heard and many politicians are ready to take action. It has only taken forty or fifty years of talk and pleading by experts.

Then I got to thinking, there is no world-wide leadership or enforcement in the United Nations. Who will lead? Who will coordinate? Sadly the U.N. failed its main job since 1945 in preventing wars. We’ve only had 348 wars since 1945.¹ The UN must have prevented or stopped a few wars — I just can’t name one and I’m a big anti-war-wuss.

On climate, will the 193 nations voluntarily listen to the UN? We don’t elect a representative to the UN, our almost king appoints an ambassador that answers to him — not Congress. Anyway, the Paris Climate Accord is a voluntary treaty of good intentions that many climate scientists say doesn’t go far enough. Penalties for non-compliance? The earlier Tokyo Accord was only partially successful — ignored by too many nation’s. Compliance voluntary of course. We put a fine on littering, but not on pollution or pouring carbon into our air!

Needed, a carbon tax on carbon-producing factories and cows to fund solar, wind and electric cars. Who will write it — each nation? 193 versions of this tax? The United Nations? Enforcement or voluntary? Even within a nation like the U.S. a fight over so many elements of moving towards carbon-neutral actions.

My argument is that we do not have the right political machinery in place to handle climate change and all the potential tragic, expensive elements that it generates. We need an elected world government — not a voluntary treaty organization like the United Nations. No one now to write and enforce a “green way” for 193 independent nations. No elected world leaders.

A world government? To study, to legislate, to create agencies, to educate and enforce carbon limiting? That sounds impossible now. Wouldn’t every nation will freely co-operate to drastically reduce the carbon-warming? Oh yeah? It has taken only 40 to 50 years of climate and pollution yapping to raise some “planet-wise” awareness of our problems. Who will raise the tax monies? The billions that it will cost in just new infrastructure, etc?

Sadly, the coming failure of the United Nations and 193 sovereign nations to make a real dent in global warming will probably have to become a painful reality. Then we will start talking about the next step of uniting the world to have had half a chance to really deal with worldwide problems. Climate scientist are very clear, we have most of the technical tools to prevent run-away climate change. Do we have the political tools? Sadly, now, I don’t think so!

Bob Neumann has been fascinated by world government for close to 50 years and an active member of the World Federalist movement since the 1970’s. Although he left it unpublished, Mr. Neumann completed an original book of poetry on arguments centered on the need for World Government. He completed his B.A., M.A., and graduate work in the fields of History and Political Science. He taught as a secondary school teacher for 22 years and became a General Contractor in his 50’s. In 1992 both he and his wife retired and set out on a grand ten-year world adventure on their 47-foot sailboat. After his travels, Mr. Neumann returned to California in 2002 to resume contracting work and D.W.F. activities.