How Animal Researchers Stay Out of the News

Exposure of what occurs behind the Plexiglass Curtain would be so damaging to National Institutes of Health (NIH)-funded university research contracts that millions are spent to prevent transparency. For example, in 2009 the University of Iowa was cleared to construct an $11.2 million, 35,000 square foot “subterranean vivarium that will house experimental animals to be used in biomedical research and offer an extra measure of protection from animal rights extremists,” reported The Scientist. The experimental animals include primates, sheep, pigs and rabbits.

Lab animals are the actual currency of government grants to medical centers and universities—a kind of academic pork. At a medical center where I worked, researchers felt they had not “made it” until they were given primates instead of lowly cats or rodents. And while NIH Director Francis Collins, who describes himself as a “serious Christian,” has tackled a lack of minorities and sexism in science, he is strangely silent on the millions, probably billions, of animals he sends to their death. 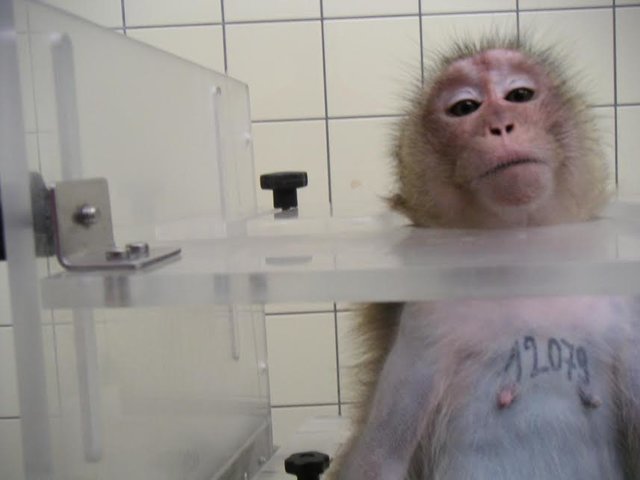 A monkey being tortured in a ‘scientific’ research laboratory. | Photo: Cruelty Free International

Thomas R. Insel directed the Yerkes Regional Primate Research Center at Emory University, one of the world’s largest centers for primate research, before becoming director of the NIH’s National Institute of Mental Health. In one experiment Insel participated in, newborn monkeys were “removed from their mothers within 48 h of birth,” and subjected to “stressors” without being “able to use a social companion to buffer their response to a stressor.” What was learned? “As expected from previous studies, monkeys removed from their mother shortly after birth and raised in standard nursery conditions develop a syndrome characterized by decreased affiliation, increased aggression, and increased self-directed, repetitive behavior.”

In another experiment conducted by Insel on voles, a mouse-like mammal, “an animal was placed in the start box” with 2-8 days old pups. “Parental behavior was recorded as time spent with pups, either nursing, grooming or crouching during a 5-min period. Females were decapitated the same day.”

Similar banal, cruel and taxpayer funded research has been conducted by Nora Volkow, director of the NIH’s National Institute on Drug Abuse. One research paper co-written by Volkow shows a bloody “pregnant bonnet macaque in transverse position within HR+ PET scanner . . . positioned so that maternal and fetal organs were within same field of view.” The paper concludes that when female primates are dosed with cocaine, fetuses are affected too. Does anyone not know this?

The NIH’s National Institute on Aging (NIA) is also complicit. A few year ago, when I inquired about degrading and mocking primate images posted on its web site from an official NIA workshop created by Wake Forest’s Thomas Clarkson, the images were promptly removed with no written explanations. The photos showed monkeys posed with glasses, posed at typewriters and dressed in clothing. “Funny” cartoon bubbles were added. 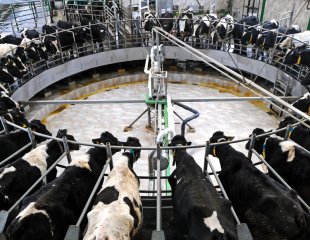 Nearly all dairy cows live in factory farms, which make up 99 percent of farms, and they spend their lives almost entirely indoors.
Photo Credit: Official/Shutterstock

There is probably no industry more afraid of transparency than animal research. Ever since Alex Pacheco exposed treatment of the Silver Spring monkeys in 1981, animal researchers have been reduced to uttering “it’s not how it looks” or “let us explain” when unwanted images surface.

And, expectedly, animal researchers turn nasty when their deeds are exposed and career security threatened. For example, when a group called Progress for Science dared to question taxpayer funded primate research conducted at UCLA in 2014, they were met by an angry mob of as many as 40 UCLA researchers and their supporters who yelled obscenities. Some pro-animal research protesters became so livid they had to be restrained by police. It was hard to believe the mob was, by day, men and women of “science” dedicated to advancing human medicine. It was reminiscent of Northwestern University medical students who jeered protestors of their “dog labs” outside their medical building in 1988—future healers.

In the 1980s, the animal research industry tried to spin negative public opinion with campaigns like “your daughter or your dog” implying your child would die if the dog or chimp didn’t. Then researchers replaced dog labs with pig labs, a less loved animal. But by the 2000s, the animal research industry, running scared, pushed through the Animal Enterprise Terrorism Act which criminalizes interference with “the operations of an animal enterprise” a precursor to “Ag-Gag” laws covering farm operations.

In addition to underground vivariums, electronic surveillance, code cards, high tech security and the Animal Enterprise Terrorism Act, the animal research industry has another way of evading scrutiny: the public can’t judge their “high level” science. You can’t judge the work of scientists plus it is for your own good. Yet revealing that maternal deprivation causes harm in babies or maternal cocaine use affects the fetus is not “high level” science—it is a waste of taxpayer dollars, cruelty to animals and an insult to our intelligence.

Millions of restrained, conscious animals—usually albino rabbits but sometimes dogs—are subjected to the “Draize Test” which involves applying test substances to the eye or skin and observing for redness, swelling, discharge, ulceration, hemorrhaging, cloudiness, or blindness in the tested eye. Yet when product liability cases actually come to court, these “tests” are thrown out because “animal results cannot be extrapolated to humans.”

The animal-research industry is a vast, macabre enterprise richly supporting medical centers and individual researchers with almost no transparency or accountability. The public is denied a right to “know” even though the public pays for it. 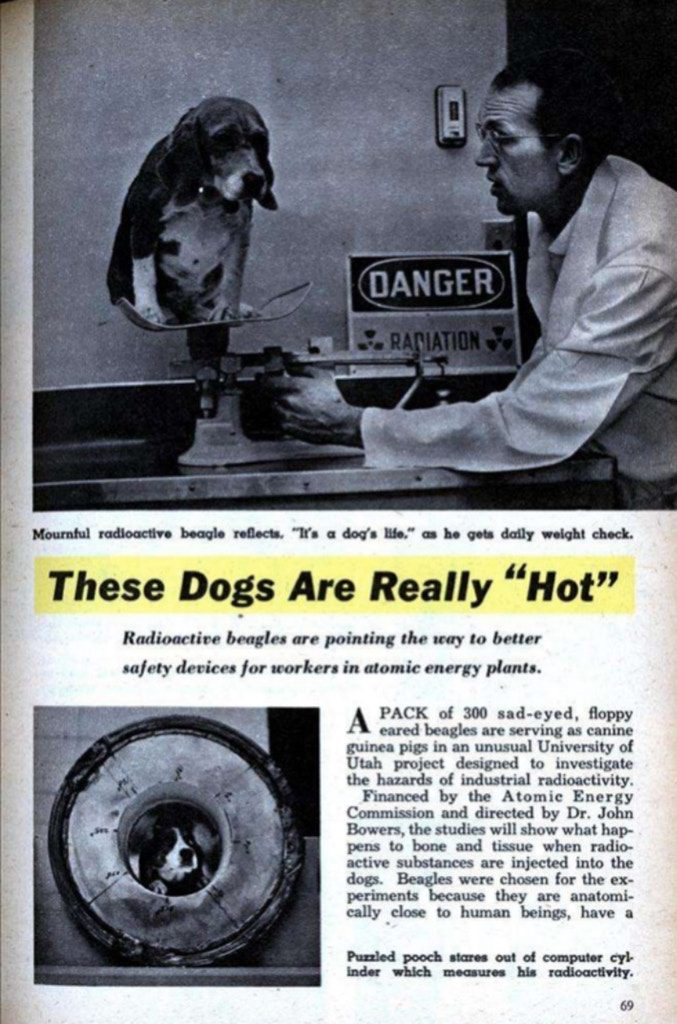 Martha Rosenberg is a freelance journalist and the author of the highly acclaimed, Born with a Junk Food Deficiency: How Flaks, Quacks and Hacks Pimp the Public Health, published by Prometheus Books.