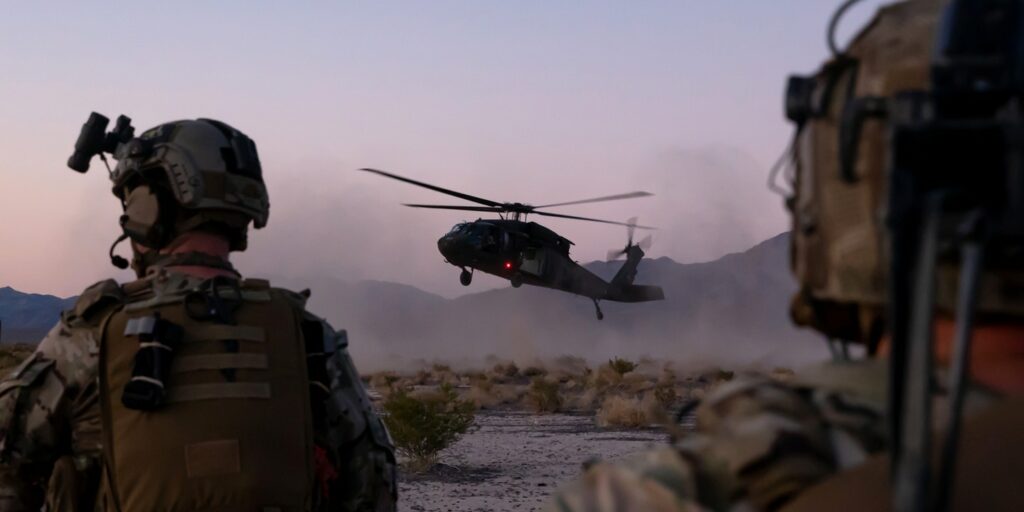 25 Sep 2019 – The percentage of commandos deployed to the Middle East is on the rise, according to new statistics provided to The Intercept by U.S. Special Operations Command. On average, more than 4,000 Special Operations forces — Navy SEALs, Army Green Berets, and Marine Corps Raiders among them — are deployed to the region each week, more than anywhere else in the world.

The increase comes at a time when the United States is apparently planning a troop drawdown in Afghanistan, despite a peace agreement with the Taliban having fallen apart. It also coincides with President Donald Trump’s announcements that the Islamic State has been defeated and that the U.S. is “rapidly pulling out of Syria.” Gone are the military surges that brought tens of thousands of conventional U.S. forces to Iraq and Afghanistan. Gone, too, is the faddish fixation with counterinsurgency, rehabilitated from the Vietnam War dustbin (only to be deep-sixed again) and the military’s “government in a box” pipe dreams.

Today, American warfare is increasingly typified by a reliance on Special Operations Forces, private contractors, local proxies working with and for the military and CIA, and air power. These low-visibility forces make greater secrecy and less accountability more likely for U.S. military actions in the Middle East, said Daphne Eviatar, director of the Security with Human Rights program at Amnesty International USA, who views the growing reliance on commandos as both predictable and troubling.

“Already we’re not getting answers to basic questions, like who the U.S. has killed and why it hasn’t better protected civilians, and the more the U.S. role is turned over to Special Operations Forces, the CIA, or contractors, the less information the government is going to provide,” Eviatar told The Intercept. “One has to wonder if that isn’t the reason they’re apparently shifting these roles to secret agents whose actions and their consequences the government isn’t required to disclose.”

While more than 80 percent of America’s commandos deployed oversees were stationed in the greater Middle East — an area the military defines as stretching from Northeast Africa to Central and South Asia — at the beginning of the decade, the number fell to just over 50 percent in 2017. Since then, however, deployments to the region have been increasing.

This year, 62 percent of elite forces serving abroad have been involved in the multiple military efforts being carried out across the Central Command, or CENTCOM, area of operations, including Operation Inherent Resolve, which is aimed at defeating ISIS, also known as Daesh, in Iraq and Syria; Operation Freedom’s Sentinel, the U.S. effort in Afghanistan, which includes counterterrorism missions and support of allied Afghan forces; and Operation Yukon Journey, which supports Saudi Arabia and its partners in their fight against Yemen’s Houthi rebels.

“The forces that have the best capabilities and are trained and educated for these kinds of counterterrorism and irregular warfare activities, including training foreign countries’ forces, are U.S. Special Operations forces,” said Seth G. Jones, a scholar at the Center for Strategic and International Studies and former senior adviser to U.S. Special Operations Command.

This special ops increase in the CENTCOM area of operations comes as senior White House advisers have reportedly proposed expanding the CIA’s presence in Afghanistan. At the same time, the number of private contractors in the region is also on the rise. At the end of the Obama administration, there were officially 42,592 contractor personnel in the greater Middle East, including 25,197 in Afghanistan. Today, according to CENTCOM statistics, there are 53,359 deployed in the region, 27,457 of whom are serving in the Afghan War.

The number of contractors in Afghanistan is almost double that of U.S. military personnel there, which currently stands at about 14,000. Jones, a former adviser to the commanding general of American Special Operations forces in Afghanistan, said that the number of contractors may rise with a drawdown of troops, but believes using them to train, advise, and assist Afghan partner forces is a mistake. “I think it’s too risky. The benefits are heavily outweighed by a lot of different costs,” he told The Intercept. “They are often motivated by profits rather than completing the mission, the quality of trainers is extremely varied, and their performance in countries like Afghanistan and Iraq has been deeply mixed at best.”

The combination of increased numbers of commandos, CIA operatives, and contractors suggests a “light footprint” model of warfare, variations of which have been previously employed by the U.S. in Afghanistan. Victory, however, has remained elusive.

“We have been hitting our Enemy harder than at any time in the last ten years!” Trump tweeted recently. While the Taliban is at its strongest since the American invasion of 2001 and now controls or holds sway in about half the country, the United Nations Assistance Mission in Afghanistan did find that U.S. forces and their Afghan and international allies had killed more civilians than the Taliban this year. And according to an Inspector General’s report, despite unilateral and partnered missions by U.S. Special Operations Forces to “eliminate” the local branch of ISIS, “the terrorist group will remain an enduring threat in Afghanistan, even if the Afghan government and the Taliban reach a political settlement.”

The U.S. military’s assessment of the situation in Syria is also at odds with Trump’s pronouncements that ISIS has been “100 percent” defeated. Operation Inherent Resolve “continues to maintain a presence in Syria and Iraq as part of our mission to achieve the enduring defeat of Daesh,” U.S. Army Col. Myles B. Caggins III, a spokesperson for Combined Joint Task Force-Operation Inherent Resolve, told The Intercept. In fact, an Inspector General’s report notes that “ISIS likely retains between 14,000 and 18,000 ‘members’ in Iraq and Syria, including up to 3,000 foreigners.”

While the U.S. now maintains only what it terms a “residual force in northeastern Syria and around a desert garrison near the Jordanian border,” elite U.S. forces appear to be digging in. During the spring and early summer, American special operators increased their “training, equipping, and reinforcing” of local allies to strengthen their ability to conduct counterinsurgency operations.

“We know they are hiding in the ungoverned spaces [and that] Daesh is still trying to regenerate,” Air Force Maj. Gen. Eric Hill, the commander of Special Operations Joint Task Force – Operation Inherent Resolve said recently. “We’ll stay here and support the [Iraqi security forces] until no longer needed.”