Russia Has ‘Oligarchs,’ the US Has ‘Businessmen’

14 Sep 2019 – Even in corporate media, you will occasionally see references to the United States as an “oligarchy.” That is the judgment of former President Jimmy Carter, of peer-reviewed academic studies, and even opinion pieces in our most prestigious media (e.g., Washington Post, 4/8/14; New Yorker, 4/18/14). Indeed, Paul Krugman has been saying it in the New York Times (11/3/11, 5/15/15, 7/15/19) for years.  Just three men hold more wealth than the bottom 50% of the country combined, and the richest people in society use their money to influence media, society and the government. 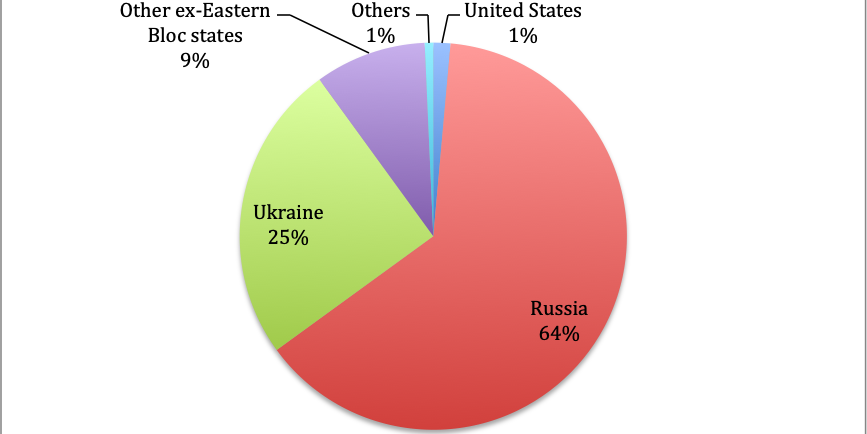 But if the US is an oligarchy, then who are the oligarchs? One candidate who has been in the news of late is conservative multibillionaire David Koch, who died August 23 (FAIR.org, 9/5/19). Koch was the world’s 11th richest and 29th most powerful person, according to Forbes, amassing a fortune of over $50 billion. The chemical and fossil fuel magnate used his enormous wealth to fund climate change denialists and block efforts to address climate breakdown. He bankrolled a multitude of right-wing causes, including the Tea Party, conservative media, politicians and think tanks. Koch undercut unions, opposed gun restrictions, blocked public transport initiatives and thwarted moves towards nationalized healthcare. As such, he and his brother Charles have shaped the Republican Party and modern society more than almost anyone else.

Yet in their obituaries, even media catering to a more liberal audience refrained from using the term to describe him. “Philanthropist” was the preferred description in the Washington Post (8/23/19) and NBC (8/23/19). CBS News (8/23/19) also described him as such, framing him as an “icon” who “committed millions to various hospitals for cancer research.” Meanwhile, the New York Times (8/23/19) glowed over the “gregarious, socially prominent” “man-about town philanthropist,” who gave over $1 billion to charity. (See FAIR.org, 9/5/19.)  The tone of these articles was functionally identical to that of more conservative media, like Fox News (8/24/19) or the Wall Street Journal (8/23/19). 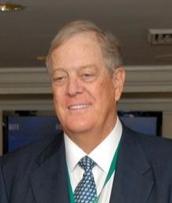 Many outside the corporate media bubble were highly scornful of the coverage. Independent journalist Caitlin Johnston (Medium, 8/23/19) remarked that if Koch were Russian, he would be called an “oligarch,” while the Appeal’s Adam H. Johnson claimed on Twitter (8/23/19) that “oligarch” is a loaded term used exclusively for the elite of enemy foreign countries, and not our plutocrats.

Who is and isn’t an oligarch, according to media

To test these critiques, FAIR analyzed the 50 most recent articles using the search term “oligarch” from the New York Times, CNN and Fox News websites. (Full documentation, including a complete list of sources, used can be found here.) The study sought to ascertain:

Yevgeny Prigozhin, Oleg Deripaska, Viktor Vekselberg, Victor Pinchuk, Roman Abramovich, Aras Agalarov: That is the full and distinctly Slavic-sounding list of people identified by CNN as “oligarchs.” Indeed, only two articles across the entire sample of 150 identified Westerners as such: one angry New York Times opinion piece (15/7/19) that creatively decried people like Elon Musk and Richard Branson as “rocket oligarchs,” and a Tucker Carlson Tonight segment (Fox News, 4/2/19) in which an NRA spokesperson attacked gun control advocate Cory Booker as a “constitutional oligarch.” The rest were all from Russia or former Eastern Bloc countries.

In the 150-article sample, Russia was described as an oligarchy in 89, while Ukraine was labeled as such in 35. The word was also used in connection to other ex-Eastern Bloc states in 13 articles: Those states were Moldova (6 times), Kazakhstan (twice), Hungary (twice), Georgia (twice) and Azerbaijan (once). Guatemala was also once referred to as possessing oligarchs. In all, 98% of countries referenced in connection to oligarchs were either Russia or formerly Soviet-dominated states.

In contrast, only 1% of articles mentioned the US in connection with oligarchs, which is all the more remarkable, considering all the outlets in the sample are US-based and devote vastly more time, space and words to US issues than Eastern European ones.

The fact that oligarch has taken on ethnic connotations was made doubly clear in a New York Times article (5/22/19) about the changing world of soccer. It noted (emphasis added):

In 1997, the Egyptian businessman and department store owner Mohamed al-Fayed took control of Fulham, a London team in the second division, and led its promotion into the Premier League; in 2003, the Russian oligarch Roman Abramovich, who had made his fortune in oil, aluminum and steel, bought Chelsea; in 2007, Stan Kroenke, the husband of a Wal-Mart heir, began accumulating shares of Arsenal. That same year, the family that had controlled Liverpool for half a century sold out to two American businessmen, Tom Hicks and George Gillett.

The word, defined in the Cambridge Dictionary as an individual or group of powerful people that control a country or industry, is surely as applicable to the Walton dynasty as to a mining giant like Abramovich, but US billionaires are merely “businessmen”—when they aren’t “philanthropists”—while Russians are “oligarchs.” In other words, our elites are engaged in normal economic activity or else looking out for the betterment of humanity, while theirs are nefariously dominating politics. 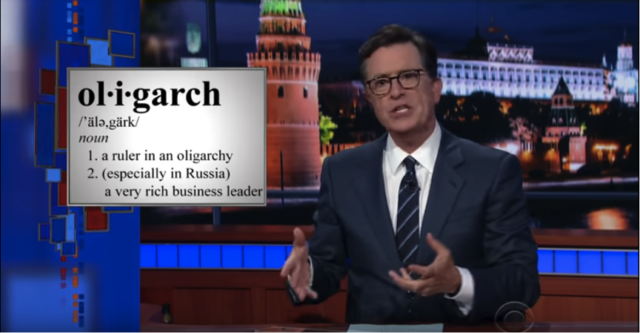 Many articles stressed these oligarchs’ apparent connections to President Vladimir Putin (e.g. CNN, 3/20/19, 3/22/19), even when the oligarchs in question aren’t from Russia (Fox News, 3/21/19, 5/14/19). Late Show host Stephen Colbert (7/20/17) defined “oligarch” as “Russian for ‘rich guy don’t ask where his money came from.’” (“Oligarch” actually came to English from Ancient Greek.) To be fair, Colbert joked about the selective use of the term—explaining that “over there, the political system is controlled by wealthy elites who buy influence and pull strings of the government, whereas in America, we speak English.”

Director of National Intelligence James Clapper, however, was apparently quite serious with his xenophobic comments that Russians were “genetically driven” to nefarious ends like co-optation and gaining favor. The guest of one Fox News show (5/7/19) referred to a “Russian” before switching that to a “Ukranian oligarch,” suggesting the entire region was an amorphous mass of devious, plotting, squatting Slavs.

There was very little difference between how the three outlets used the term. Fox News was a little more likely to reference Ukraine, primarily because it closely covered the story of Joe Biden’s son Hunter’s connection to a Ukranian business executive, while CNN’s commitment to Russiagate encouraged it to connect oligarchs personally to Vladimir Putin. But overall, the three outlets displayed a shared tendency in how and to whom they applied the word.

While not labeling its own wealthy and powerful elites as “oligarchs,” US corporate media do, as noted, occasionally acknowledge that the United States itself is an oligarchy. But even those admissions are few and far between, appearing for the most part only in articles devoted to arguing exactly that point. Otherwise, the US is overwhelmingly presented as a democracy and a force for good in reporting.

And when a politician like Bernie Sanders suggests that these oligarchs influence the media, senior editors react angrily, claiming he is “ridiculous” and a “conspiracy theorist.” What a strange country the US is—an oligarchy without any oligarchs.

Alan MacLeod is a member of the Glasgow University Media Group. His latest book, Propaganda in the Information Age: Still Manufacturing Consent, was published by Routledge in May 2019.