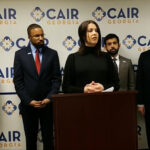 10 Feb 2020 – After refusing to sign a pledge of allegiance to the state of Israel, the state of Georgia shut down a media literacy conference featuring journalist and filmmaker Abby Martin at Georgia Southern University. “This censorship of my talk based on forced compliance to anti-BDS laws in Georgia is just one level of a nationwide campaign to protect Israel from grassroots pressure.” — Abby Martin 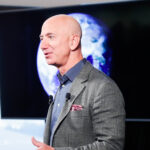 13 Jan 2020 – Jeff Bezos, the founder of Amazon and the newly crowned richest person in the world, announced yesterday that his company was donating one million Australian Dollars (around 690,000 U.S. Dollars) to help the country deal with the continent-wide fires. The donation would be equivalent to someone who earned $500 per week announcing that they had just donated five cents to help tackle the blazes. 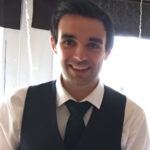 9 Jan 2020 – The allegation is that he targeted US troops or “contractors”—i.e., mercenaries—stationed not at home, but in a region on the other side of the world that the US illegally attacked and has occupied for most of this century. “Soleimani provided effective military resistance to foreign occupying forces,” though, sounds very different from “killed hundreds of Americans.”

Issue Aug/Sep 2019 – Five academics examine our media’s coverage of foreign affairs, in a piece censored (and then rejected) by a leading liberal publication. 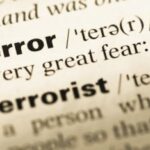 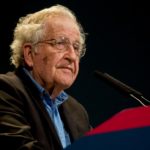 Alan MacLeod and Noam Chomsky discussed the origins of the classic work of media criticism (co-authored with Edward Herman) Manufacturing Consent, the role of that book’s “propaganda model” today, Google and Facebook, Donald Trump and Russia, fake news and Syria. This is a lightly edited transcript. 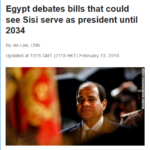 11 Apr 2019 – Let’s start with a quiz: Quick! Name some dictators! I’m willing to bet most of you responded with just a few of the same names: Assad, Putin, Castro, Kim Jong-un, Gaddafi, Maduro. This is not because they are the only dictators in the world (far from it), or that all of them even necessarily qualify for the title, but precisely because these are the figures most constantly labeled as such by our media. 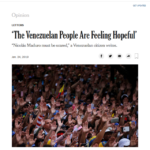 31 Jan 2019 – The latest bizarre episode in the Trump presidency is currently playing out in Venezuela. Just weeks after President Nicolás Maduro’s inauguration, Trump officially recognized Juan Guaidó, the 35-year-old head of the National Assembly—a man who has never even run for president—as the rightful head of state. 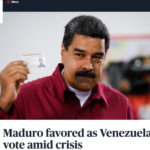 25 Jan 2019 – After winning re-election in 2018, President Nicolás Maduro of Venezuela was recently sworn in for a second term. However, Trump has taken the extraordinary step of declaring the elections void. He also arranged to have National Assembly head Juan Guaidó name himself the country’s new leader. This has spurred the Venezuelan right wing onto the streets to try to force Maduro out of office, leading to the deaths of 14 people. On Trump’s support for regime change in Venezuela, the “resistance” media are lining up shoulder to shoulder with the president. 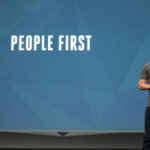 That Facebook Will Turn to Censoring the Left Isn’t a Worry—It’s a Reality
Alan MacLeod | Fairness & Accuracy In Reporting – TRANSCEND Media Service, 27 Aug 2018

22 Aug 2018 – That Facebook’s stated concern about stopping the spread of hate speech is genuine is challenged by the fact that the far-right Alternative fur Deutschland party went to Facebook headquarters in Berlin in 2017 to discuss how it could use the platform for recruitment and for micro-targeting in the German elections.

23 May 2018 – Despite an opposition boycott making the result predictable, Maduro received the vote of 28 percent of the eligible electorate, around the same as Barack Obama received in 2008 and more than he got in 2012, or Trump in 2016. Ignoring this, Reuters (5/20/18) claimed poor Venezuelans were voting for Maduro because they believed they were going to “win a prize.”

Hugo Chavez and Margaret Thatcher, two great statespeople of our age, representing fundamentally opposing world views, have died. Just as contrasting as their ideologies was the reaction to their deaths, from both the media and the public.