Toni Morrison was and forever will be an inspiration for those who seek to set their imagination free. 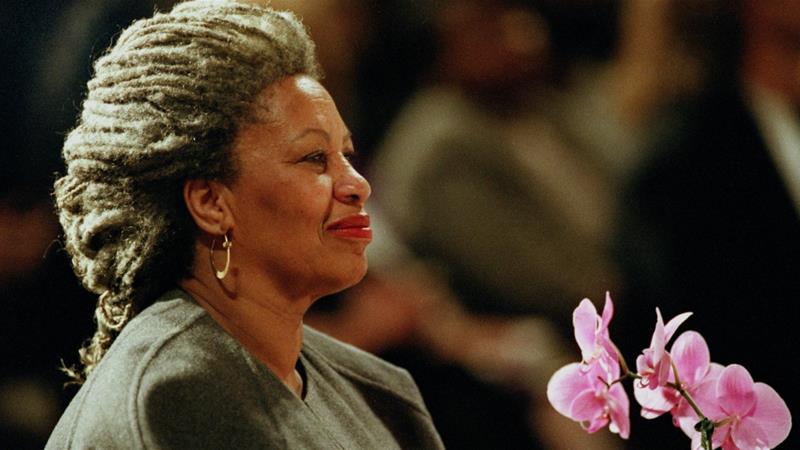 Nobel Prize-winning author Toni Morrison passed away on August 5 at the age of 88.  [AP Photo/Kathy Willens]

7 Aug 2019 – A few hours before I found out that Toni Morrison had passed, I had pulled some of her books off the shelf in search of inspiration for the shape a new project should take. That to me is what Morrison is – a touchstone, a compass and a way of thinking about what kind of place I want to occupy in the world as a human being and as a writer.

Like any other writer, I not only bask in her mastery of the English language but also her searing vision of the world and its many defects. It is impossible for me to comprehend stretching my mind into a new project without first checking in with Morrison and her brilliant example of what a mind stretched to its limits can accomplish. That is who Toni Morrison is.

I use the present tense deliberately because when a person has such an outsized impact on the world, their footprint can never be erased. Until her passing the United States could rightly claim her as the greatest American writer alive, belonging to them and their literary traditions.

But Morrison’s legacy is bigger than geography. Morrison’s expansive body of work belongs to the world: a reminder of what the written word can accomplish by leaning into the personhood of the forgotten or the unheard, and holding that up as a mirror to society at large.

This was a legacy she gave the world by refusing to build her novels and nonfiction on the presumed centrality of the white male existence, when there was so much more that we could all learn from each other. And she did so uncompromisingly: leaving us only when it seemed that the world was finally coming round to her way of seeing things.

Morrison wrote stories about black people for black people, and black women especially, but in so doing gave us tools for thinking critically around the stories we tell ourselves about who we are. She centred the burdens of American society on the shoulders of black women characters – how they saw themselves and saw the world – to shed light on the violence and self-hatred that accompanies mass social delusions about progress and civilisation.

These were not easy stories. Many of her characters suffered and inflicted serious harm on themselves and others. Her descriptions of what her characters do and who they are forced to become are often chilling and difficult to sit with. But this difficulty is never gratuitous. It is always a means of reminding the reader that choosing inhumanity always has consequences. Isn’t that the simple and painful truth of life?

While her fiction was powerful and necessary, to me Morrison shone brightest as a nonfiction writer simply because I am primarily a nonfiction reader. The same uncompromising streak that elevated books like Beloved and The Bluest Eye recurs in her essays and speeches as a reminder that she was an exacting, thorough and simply brilliant thinker.

Her observations on racism at a speech at Portland State University in 1975 – seeing it as a distraction from the work needed to bring about freedom and change – are canonical in the era of Donald Trump and ascendant white nationalism around the world.

“Playing in the Dark”, an anthology based on a set of speeches she gave at Harvard University does the heavy lifting of knitting together elegantly and effortlessly African and African-American literary traditions. She shows how the marginalisation of blackness was insidious and pervasive in the Western canon, and what the reader loses by refusing to read outside it.

In “The Origin of Others”, she expands on these themes while examining her own body of work to hint at how she navigated and eventually overcame the biases that define the Western publishing world. Morrison demanded admission into the canon on her own terms and got it, in part because of a tenacious and brilliant intellect that was always clear and unequivocal on its worth, but also willing to do the work.

Away from the fame, however, when you read Morrison’s letters and skim other people’s memories of her, you see the characteristic that distinguished her work. Beyond being brilliant, Morrison was generous and empathetic, traits that allowed her to infuse her characters with humanity and write nonfiction that taught before it condemned.

She built a sister circle with other black women writers at a time when the solidarity of the civil rights era was fraying. She wrote to Angela Davis while she was in prison and encouraged her to publish her autobiography as a manifesto for political action. She gathered Maya Angelou, Nikki Giovanni, Alice Walker and others around her so they could give each other something that she knew they would need based on her experience as an editor in a mainstream publishing house for over 19 years: community.

But Morrison’s expansive vision also saw the need for community beyond geographical boundaries. Two years ago, when researching Bessie Head, one of my favourite writers, in the Khama II library in rural Botswana, I came across letters between Head and Morrison who was still at Random House at the time.

Head, a refugee from South Africa’s apartheid state, was at the lowest point in her life – she was desperately poor and her agent had fraudulently acquired and sold rights to her books. She was lonely and desperate to sell two manuscripts simply so she could provide for her son, so she decided to write an unsolicited letter to Morrison who was recommended to her by another writer, Nikki Giovanni.

In the end, Morrison was unable to help Head with her manuscripts but she gave something that the South African writer suggested provided her a lifeline and a reason to keep hoping. She listened. She empathised. Morrison sent Head the most gentle rejection letter that an author can hope for, featuring sharp criticism of the literary establishment that made the rules that constrained her scope for action, and introductions to people that she thought could help.

The correspondence establishes another dimension that Morrison maintains in her work: the need for constant dialogue and support between African writers and writers of African descent in the diaspora, to be united against the shared struggles of publishing while “other”.

Still, like many black female writers around the world I dare to make special claim of Morrison as part of a tradition of bold, uncompromising writing that gave us permission to be expansive in our imaginations in a way that the world still struggles to deal with.

Even today with her massive body of work before us, black women writers still find it challenging to find space in publishing for our fullness. I myself struggle daily with being typecast in my writing as “the African voice”, capable of only commenting on Africa in its narrowest sense, incapable of doing theory that speaks to the human condition more broadly.

Morrison invites black women writers to enter the pantheon and make theory based on their own experiences, reminding us that our lives and our viewpoints matter. “If there is a book that you want to write and it has not been written, you must be the one to write it,” she told us. Like many of my contemporaries, I took that statement as a challenge and wrote the book I wanted to read.

Toni Morrison accomplished more in 88 years than most can aspire to do in twice the amount of time. She changed the world and blazed a trail that will burn brightly for as long as the written word persists.

Chinua Achebe readers often mourn that “the Iroko tree has fallen”, when a great figure passes, recalling that great hardwood tree that symbolises the longevity, depth and power of an elder. Morrison’s Iroko tree may have fallen, but its fruits will sustain us all forever.

Nanjala Nyabola is a political analyst and the author of the forthcoming book Digital Democracy, Analogue Politics.