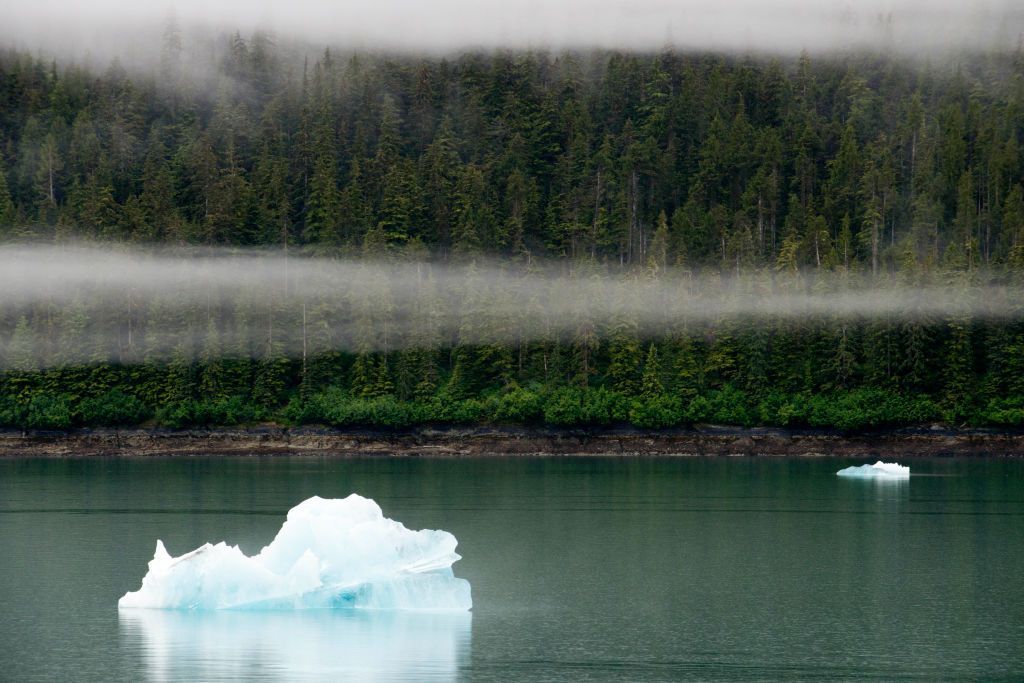 28 Aug 2019 – As Brazil’s Amazon burns, President Donald Trump is taking aim at one of the largest expanses of temperate rainforest in Alaska.

Together with British Columbia’s Great Bear Rainforest in Canada, the Tongass encompasses the largest intact temperate rainforest on Earth.

The move would undo logging restrictions that have been in place for nearly 20 years, according to The Washington Post, impacting more than half of the national forest.

Under the Clinton-era “roadless rule,” construction of roads were barred in the forest, thereby restricting commercial logging, energy, and mining projects (only certain road projects approved by the Forest Service were allowed).

The rule has faced challenges over the years, though, including by President George W. Bush who tried unsuccessfully to reverse it. Alaska Gov. Mike Dunleavy (R) and Sen. Lisa Murkowski (R) have also called for Trump to exempt the state from the rule.

“It should never have been applied to our state, and it is harming our ability to develop a sustainable, year-round economy for the Southeast region,” Murkowski said in a statement to the Washington Post.

The old-growth trees of the Tongass National Forest provide a MAJOR BUFFER against climate change.https://t.co/wW5bGGhBnK

Environmentalists, however, fear the implications of opening up the rainforest to commercial activities.

The pristine forest includes thousands of islands along with glacial fjords and old-growth cedar, spruce, and hemlock trees — old-growth trees are those that have generally grown undisturbed for at least 120 years. The area supports countless wildlife, including all five species of Pacific salmon, brown bears, wolves, and Bald Eagles.

Over the years, logging has threatened the oldest — and largest — trees. But while only 9% of the rare forest has so far been threatened by logging, according to the Audubon Society “perhaps half of the big-tree old growth has been cut.”

The forest is also a vital player in tackling climate change.

“The Tongass stores hundreds of millions, if not over a billion, tons of carbon, keeping the heat-trapping element out of the atmosphere,” wrote Earthjustice, which tweeted that the old-growth trees provide a “MAJOR BUFFER” against climate change.

Cutting down ancient trees risks not just releasing the carbon stored in them over the past century but also reducing the forest’s ability to store new carbon.

News of the Trump administration’s logging intentions in Tongass come as another major forest suffers devastating wildfires. In Brazil, more than 26,000 forest fires have been recorded in the Amazon this month — the most in a decade.

Like the Tongass, the Amazon — often referred to as the “lungs” of the planet — plays a vital role in storing carbon as well as critical habitat to endangered species.

Kyla Mandel is the editor for the climate team. Her work has appeared in National Geographic, Mother Jones, and Vice. She has a master’s degree from Columbia University’s Graduate School of Journalism, specializing in science, health, and environment reporting. You can reach her at kmandel@thinkprogress.org.