China “Speed” at 70 Years – And Why You Should Be Curious

The Evolving Face of ‘China Speed’ 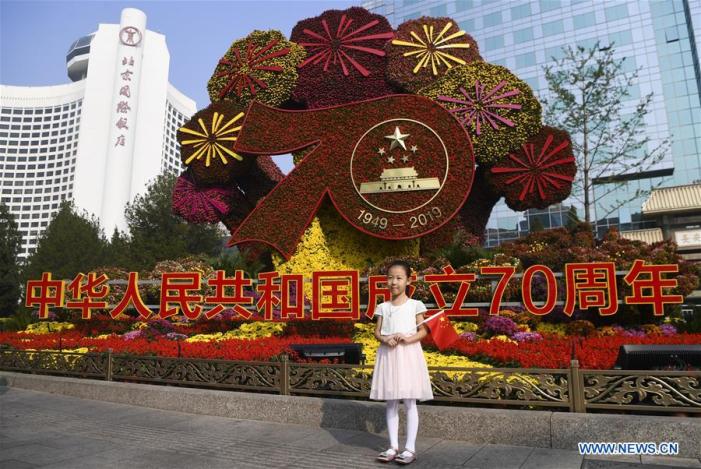 29 Sep 2019 — The blistering pace of expansion by China’s economy in the past decades has impressed the world as “China speed.” Now the term is taking on new meaning as the country enters a new development phase.

The past 70 years have witnessed how “China speed” impacted the country and the rest of the world.

From 1952 — when the earliest official national GDP data after the founding of New China was available — to 2018, China’s GDP soared 452.6 times in U.S. dollar terms, according to the National Bureau of Statistics (NBS).

The true economic takeoff started after 1978 when the country began its reform and opening up. China achieved an average annual GDP growth of 9.4 percent between 1979 and 2018 at constant prices, well above the 2.9-percent rate the world economy logged in the same period.

The leap in the economy’s global influence is evident: in 2018, China contributed to 27.5 percent of world economic growth, up 24.4 percentage points from 1978, the NBS estimates.

While fast economic expansion tremendously elevated people’s living standards in the world’s most populous country and boosted its economic clout globally, better rather than faster growth is becoming the new trend as China seeks higher-quality development.

“China speed” is now less about the breakneck pace of GDP growth, or the sheer velocity of building roads, bridges and skyscrapers. Instead, it’s more about how swiftly an economy of China’s size embraces a new development approach.

For starters, “China speed” is propelled more than ever by technology and innovation. 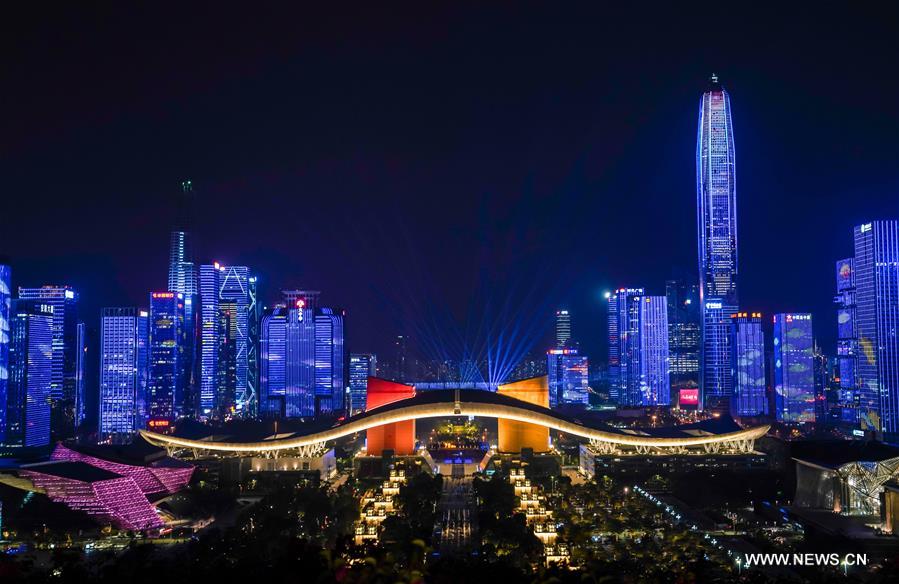 Photo taken on Sept. 24, 2019 shows a light show celebrating the 70th anniversary of the founding of the People’s Republic of China in Futian district, Shenzhen, south China’s Guangdong province.  [Photo/Xinhua]

A few clues on this front: a designed top speed of 600 kph for the country’s newly minted high-speed maglev train testing prototype; the Tianhe-1 supercomputer that can compute in one hour what would have taken the entire Chinese population 340 years to process; the 5G network that can download movies within seconds.

The galloping technology advancement is underpinned by China’s unprecedented spending on research and development, which jumped at an average annual rate of 20 percent between 1992 and 2018 to rank second in the world.

The speed of China’s shift toward greener growth is equally impressive. China’s per unit of economic output is obtained with 43.1 percent less energy consumption in 2018 than in 1953, and 11.4 percent less than in 2015. Instead of pursuing reckless industrial expansion, Chinese officials now show little tolerance for smokestack factories and energy waste, even if that means slower GDP growth.

The “China speed” in greening the Earth is leading the world and is visible from space. A study in February using data from NASA satellites revealed that China contributed to a quarter of the increase in global green leaf area since the turn of the century.

To observe it from the eyes of entrepreneurs, “China speed” is increasingly relevant to how fast the country betters its business environment and opens up its market to foreign businesses.

As a result of China’s reforms to expand market access and cut administrative red tape, the number of enterprises in the country mushroomed at an average growth rate of 16.9 percent annually from 2012 to 2017. A World Bank report ranked China 46th worldwide for ease of doing business in 2018, up 32 places from the previous year.

In particular, China is moving fast to share more development opportunities with foreign firms. The negative list for foreign access to business sectors is shortening year by year, new pilot free trade zones have been launched across the nation in just a few years, and once heavily-restricted domains such as finance are being opened up at a non-stop pace.

Behind the new face of “China speed” is the country’s all-out efforts to pursue national rejuvenation, a vision that can not be realized without a modernized economy that entails better quality, higher efficiency, more robust drivers of growth and opening-up on all fronts.

By downshifting its GDP growth and demonstrating a new understanding of desirable speed, the country shows to the rest of the world that it favors not economic dominance, but economic sustainability, which makes structural reforms and shared, win-win development a requisite in a highly connected global economy.

Recasting an economy as large as China’s takes time and courage, but it is a critical battle that China must and can win. The evolution of “China speed” has proved how far the country has come and will continue to bear witness to this journey.