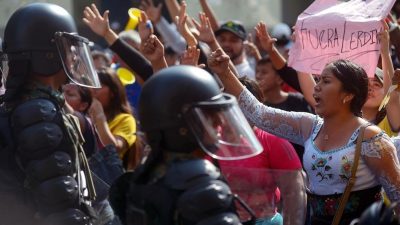 12 Oct 2019 – A popular insurrection is unfolding against the adoption of sweeping IMF reforms imposed by the “centre left” government of President Lenin Moreno.

“We are here to help you” says the IMF. Our objective is to help Ecuador “modernize its economy and pave the way for strong, sustained, and equitable growth.”

This loan agreement initiates a process of economic and social destruction. What is at stake is an engineered economic depression.

The Neocons in Washington are firmly behind the IMF’s deadly economic medicine.

While President Lenin Moreno leads the centre-left Movimiento Alianza PAIS (Patria Altiva I Soberana), he is a “Neocon” in disguise, a US proxy: nicknamed President NeoCon Moreno. in Spanish Señor presidente Neo-coño Moreno.

Mike Pompeo and Moreno are buddies. 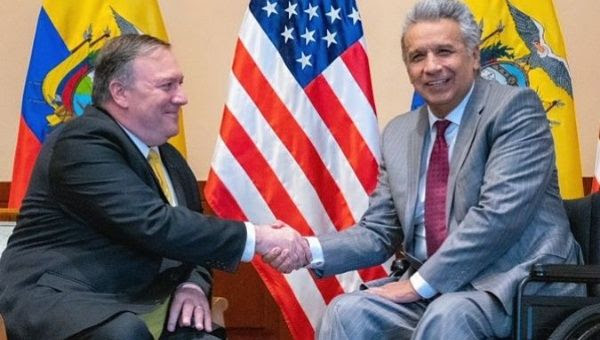 In Quito, July 2019, Secretary of State Pompeo welcomed “new” relations with Ecuador. ” A new era has begun”, not to mention the arrest of  Julian Assange by British authorities in April.

Quite deliberately, the policies of the IMF are intended to impoverish an entire country, take over Ecuador’s oil economy. The IMF acts on behalf of Wall Street and the “Washington Consensus”.

While the IMF policy conditionalities are couched in technical jargon, the objectives are crystal clear (emphasis added):

The authorities’ measures are geared towards strengthening the fiscal position and improving competitiveness and by so doing help lessen vulnerabilities, put dollarization on a stronger footing, and, over time, encourage growth and job creation.[Nonsensical statement]

“Achieving a robust fiscal position is at the core of the authorities’ program, which will be supported by a three-year extended arrangement from the IMF. The aim is to reduce debt-to- GDP ratio through a combination of a wage bill realignment, a careful and gradual optimization of fuel subsidies,”

What is the meaning of

“A combination of a wage bill realignment, a careful and gradual optimization of fuel subsidies”?

The price of diesel more than doubled overnight leading to the paralysis of public transportation. Gasoline prices increased by 29%.

The media will say that gasoline was subsidized. This is a misleading statement. Ecuador is the largest oil economy in South America after Venezuela. It has ample surpluses of crude oil. It sells oil locally at a price which is lower than the export price also with a view to supporting local industries.  This is a standard practice in many oil producing economies.

These dramatic hikes in fuel prices contribute to destabilizing all major sectors of the national economy. They immediately trigger inflation and a collapse in purchasing power, the contribute to the paralysis of public transport as well as internal commodity trade. 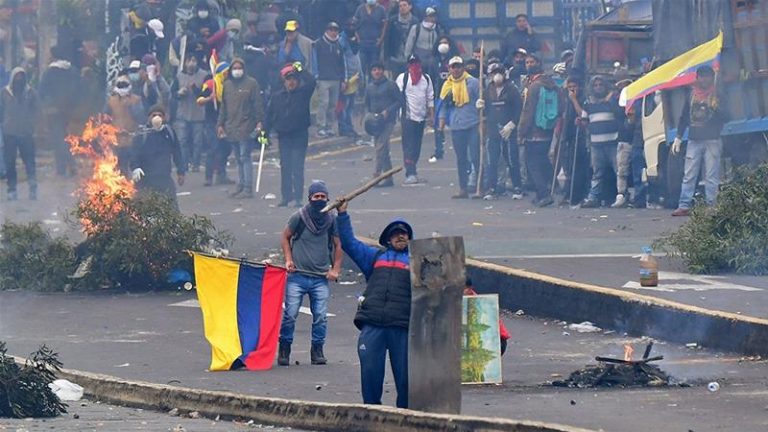 The dollar denominated external debt of Ecuador has skyrocketed.

The $4.2 billion loan does not contribute to an increase in financial resources for Ecuador. Quite the opposite. The IMF loan is tagged for the reimbursement of Ecuador’s external debt obligations. It comes in and it goes out. New loans to pay back old debts. It is fake loan. What it does is to “subsidise” Ecuador’s external creditors.

We cannot pay our debt servicing obligations. No problem says the IMF: we will lend you the money and with that money you will pay us back, namely the IMF loan is a “safety net” for Ecuador’s external creditors, namely Wall Street.

Ecuador no longer has control over its fiscal and monetary policy.

It’s central bank has been transformed into a colonial style currency board.

The entire financial system is dollarised, namely the US Federal Reserve and Wall Street ultimately call the shots.

An entire nation has been impoverished.

The external debt goes fly hight. Macro-economic policies are controlled by the creditors. 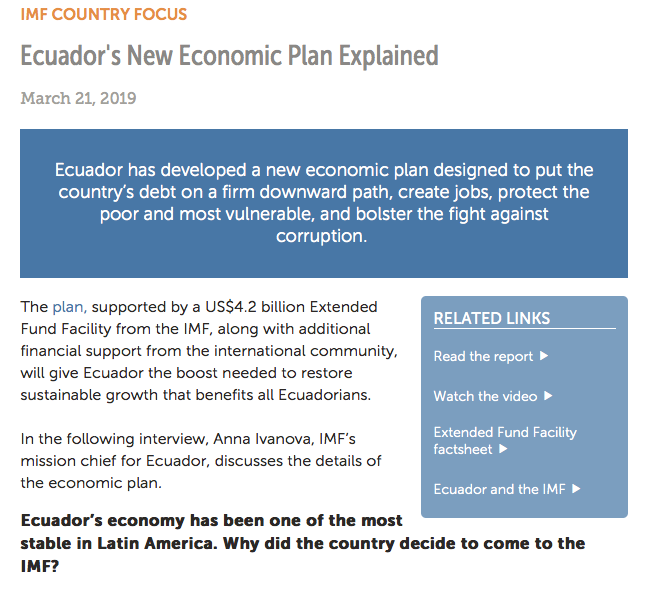 Context: The authorities face a difficult situation. Wage increases have outpaced productivity growth [IMF calls for a reduction in real wages] over the past decade which, has led to a deterioration in competitiveness. This has been exacerbated by a strong U.S. dollar—Ecuador’s economy is fully dollarized—leaving the real exchange rate overvalued. [engineered by Wall Street]

Article IV: The Article IV discussions focused on diagnosing the nature of the imbalances facing Ecuador and the policy changes that will be needed to address them. At the center of the discussion was the proper calibration of the size, pace, and composition of the reduction in the fiscal deficit that will be needed in the coming years. [implementation  of drastic austerity measures] In addition, there was broad agreement that fundamental supply-side efforts will be needed to foster competitiveness, create jobs, rebuild institutions, and make Ecuador a more attractive destination for private investment. Finally, improving the social safety net and increasing the effectiveness of public spending, particularly on health and education, will be essential to achieving strong, sustained, and socially equitable growth.

Program Objectives: Consistent with the findings of the Article IV, the authorities’ policy plan seeks to decisively address the systemic vulnerabilities facing Ecuador. The goals of these policies are to boost competitiveness and job creation, protect the poor and most vulnerable, fortify the institutional foundations for dollarization, [denies Ecuador to have an independent and sovereign monetary policy] and to improve transparency and good governance to public sector operations while strengthening the fight against corruption.

Program Modalities: The proposed program would be a 36-month Extended Fund Facility with access of US$4.209 billion (SDR 3.035 billion, 435 percent of quota) [New loans to pay back outstanding foreign debts, harsh policy conditionalities imposed by creditors]. 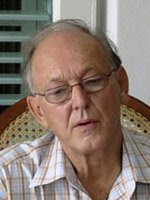